On June 26, 2014, the US Patent & Trademark Office published a patent application from Apple that reveals the development of an LED based keyboard. Although last month's report titled "Apple Rethinks the Keyboard with Gesture Controls & In-Key Displays to Support Pictograms, Symbols and Glyphs" was far more detailed than todays – it still goes to show us that Apple is continuing their work on this front. This particular invention also points to multitouch displays might be coming to future Macs. 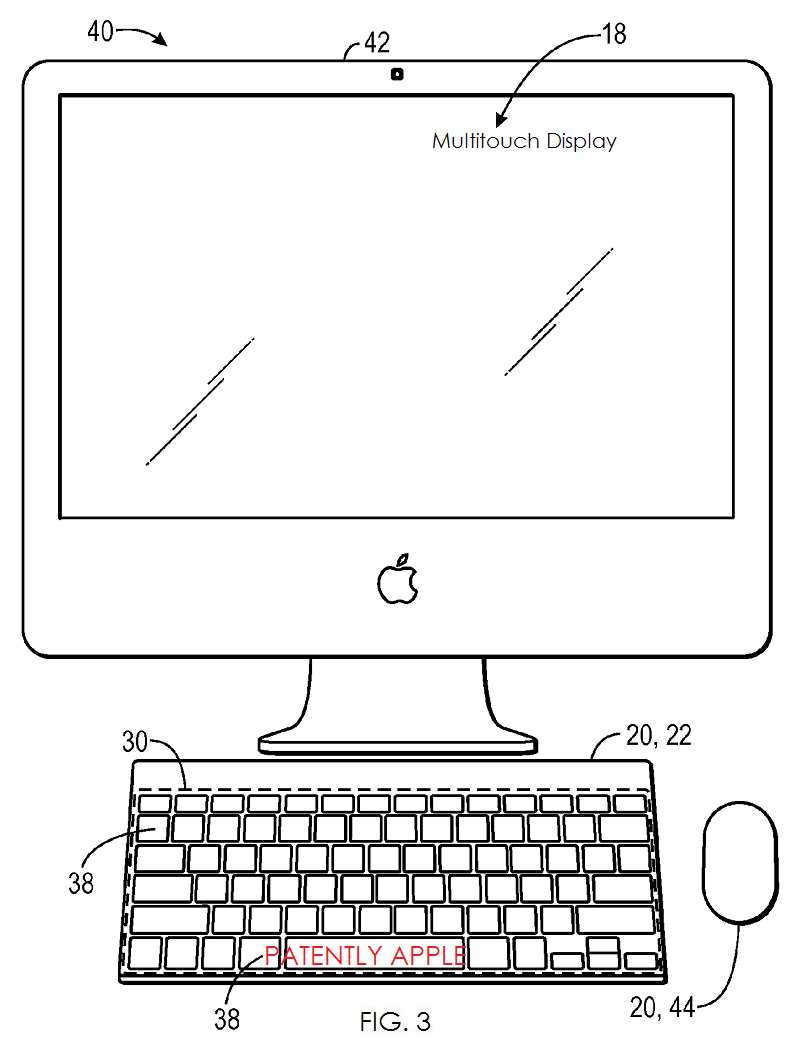 More detailing on multitouch for larger Mac displays could be found in a 2013 patent application that we covered.

Apple credits Asif Hussain, Mohammad Navabi-Shirazi, Jingdong Chen and Manisha Pandya as the inventors of patent application 20140176352 which was originally filed in Q3 2013. Considering that this is a patent application, the timing of such a product to market is unknown at this time.