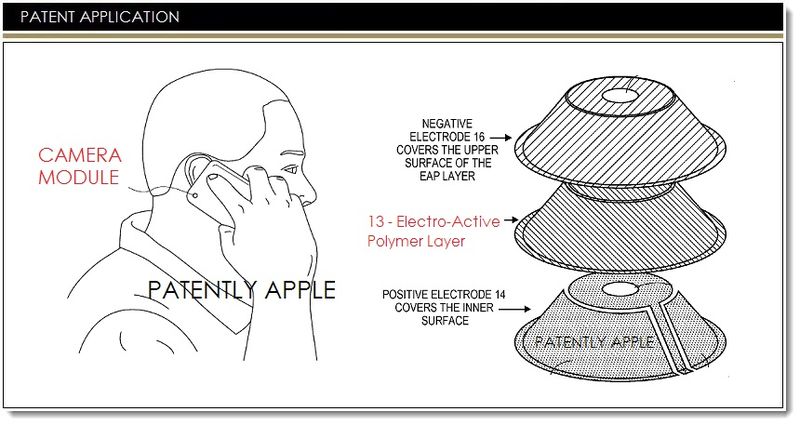 On June 19, 2014, the US Patent & Trademark Office published patent applications from Apple related to advancing Apple cameras for iDevices and Macs along with another original Touch ID patent that Apple acquired from Authentec. Apple's camera related patent is about advancing the actuator of an autofocus feature. While it's mildly interesting, it's the use of the term "artificial muscle" that makes it sound so incredibly futuristic, but really isn't. Apple notes that the term simply relates to electro-active polymer actuators which have been around for some time. Apple's use of it in a camera module isnt' new either as noted here and here. When this technology is applied to an artificial robotic hand, for instance, it could be understood why they use the term artificial muscle as seen here. And finally, a second patent of mild interest published today relates to one that Apple acquired from Authentec that presents the invention behind Touch ID authentication that focused on the biometrics being imlplemented into a smartphone Home Button.

Camera modules have been incorporated in a variety of consumer electronics devices, such as smart phones, mobile audio players, personal digital assistants, and desktop personal computers. A typical digital camera module is an assembly in which at least the following components may be integrated: a microelectronic image sensor chip, a printed circuit carrier such as a flexible circuit structure which forms power and signal connections between the chip and other circuitry inside the device, and an optical system including an aperture and a fixed focal length lens or an auto focus lens subsystem, and perhaps an optical zoom lens. The typical autofocus lens subsystem has a voice coil motor (VCM) actuator that is connected to move the lens barrel along the imaging axis.

The material is available in plain flat film factor, and could be found used in some particular markets, for instance user-interface feedback such as vibration effect in consoles and video games.

There have been attempts to create a new form of micro electro mechanical system (MEMS) actuator device using artificial muscle, in an autofocus lens actuator to provide lens displacement, but a completely engineered solution for high volume manufacture or mass production may not be available.

Apple's invention titled "Artificial Muscle Camera Lens Actuator" relates to an actuator for a moveable camera lens that may be integrated within a consumer electronics device.

Apple states that their invention relates to an artificial muscle or electro-active polymer (EAP) actuator that provides both lens displacement control and a variable aperture, for use with moveable camera imaging optics.

An electrode arrangement is formed in an artificial muscle or EAP structure that may achieve both camera imaging axis optics displacement ("actuation") and variable aperture functions.

Apple further notes that the artificial muscle structure may support large optics with improved system integration due to its generally frusto-conical shape; and it may exhibit extremely low power consumption.

Apple notes that their invention could be used with an iPhone, iPad or MacBook Pro.

In Apple's patent FIG. 2 we're able to see that the actuator may be integrated into a camera module. A base frame that has a central opening allows light from a scene to reach the active pixel area of the imaging sensor. 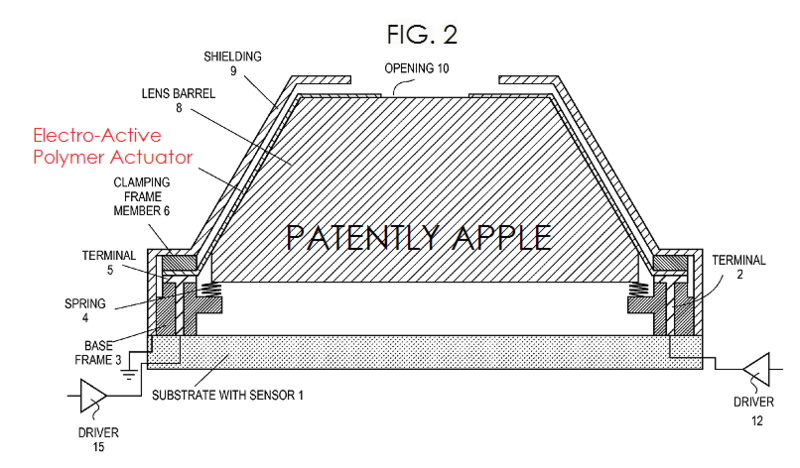 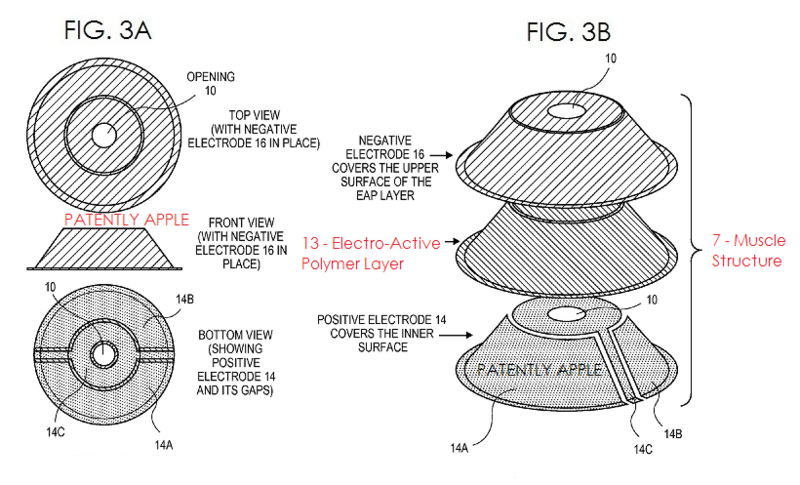 In Apple's patent FIG. 5 we see cutaway views of the example actuator in small and large aperture states.

Side Note: A new technology came to light today that may be a little more advanced than what Apple is proposing in today's patent application. See our new report on this development.

Apple's new patent is one that stems from Authentec titled "Biometric Finger Sensor Including Array Shielding Electrode and Related Methods." The patent states that authentication via Touch ID (a Biometric Sensor) could be implemented in other devices such as an iPad (tablet) and a MacBook Pro (notebook). For those interested in delving into this patent application for more details, check out patent application 20140171158. 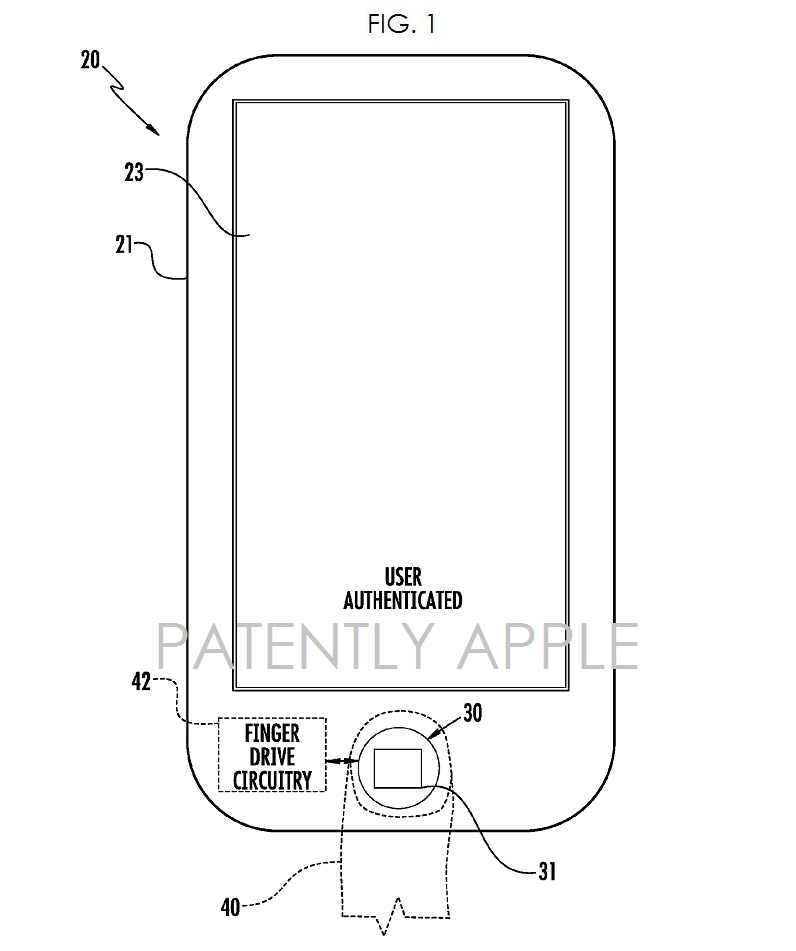