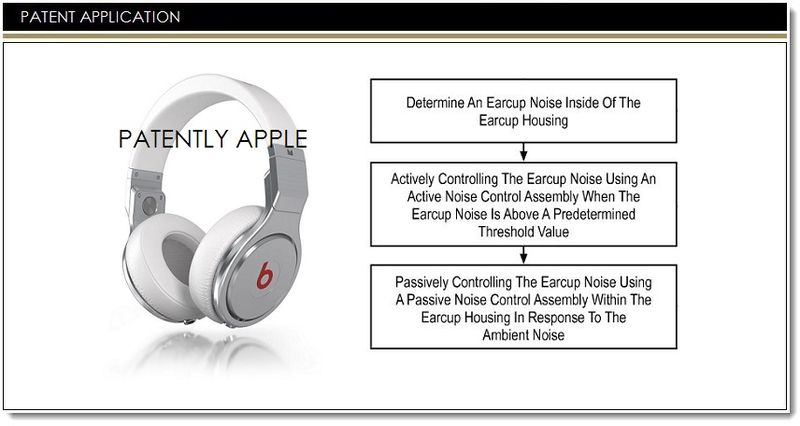 On June 19, 2014, the US Patent & Trademark Office published a patent application from Apple that reveals that well before Apple acquired Beats Music, they were already working on over-the-ear headphones. Specifically, Apple's invention relates to a hybrid adaptive headphone having active noise control capability and passive noise control capability. Apple is on a roll of late regarding new over-the-ear headphones features. At the end of May we posted a patent report titled "Apple to Add Presence Sensors to EarPods & Future Beats Headsets."

Whether listening to a portable media player while traveling, or to a stereo or theater system at home, consumers often choose headphones. Headphones typically include a pair of earcups which encircle the user's ears and are held together by a headband. Headphones can be classified into two general categories based on the design of the earcups, namely closed-back or open-back earcups. Closed-back earcups surround the user's ears and have a sealed back. Open-back earcups also surround the user's ears but have a back which is open to the ambient environment surrounding the earcup.

Both the closed-back and the open-back designs have their own acoustic advantages and disadvantages. Representatively, closed-back earcups have good sound isolation since they are sealed off from ambient noise. In addition, the size and clamp force of the earcups can also be modified to further increase sound isolation. Features of the closed-back design, such as the sealed back, size and clamp force of the earcups allow this design to mechanically or passively attenuate any ambient noise.

In some cases, however, closed-back earcups can also make use of an electronic active noise control (ANC) system for additional sound isolation. An ANC system is a noise cancellation system which can attenuate or cancel noise within the earcup by emitting an "antinoise" signal, which is an audio signal having, in theory, the same amplitude and opposite phase to that of the noise such that they cancel each other out.

Open-back earcups, on the other hand, have good sound quality due to their low resonances, feel more open to the user, and allow ambient noises to be used to mask some of the residual noises which would otherwise be heard by the user.

Open-back earcups, however, cannot be used in noisy environments because their passive attenuation is by definition poor. In addition, since open-back earcups are substantially open to the ambient environment, ANC systems may not be able to efficiently cancel the ambient noise entering the earcup through the open back.

Apple notes that an embodiment of their invention is a hybrid adaptive noise-cancelling headphone which boasts advantages of both closed-back earcup and open-back earcup designs, as a function of the environment.

Based on the detected ambient noise and the earcup noise, active noise cancellation within the headphone is either enabled or disabled. The passive noise control assembly may include an acoustic valve associated with an acoustic vent formed within the earcup housing. The acoustic valve is capable of being modified between an open configuration to decrease sound attenuation and a closed configuration to increase sound attenuation in response to the detected ambient noise so as to improve an acoustic performance of the earcup.

Apple's patent FIG. 1A noted below illustrates a schematic diagram of one embodiment of a hybrid adaptive headphone having a passive noise control assembly in a closed vent position and FIG. 1B in an open vent position. 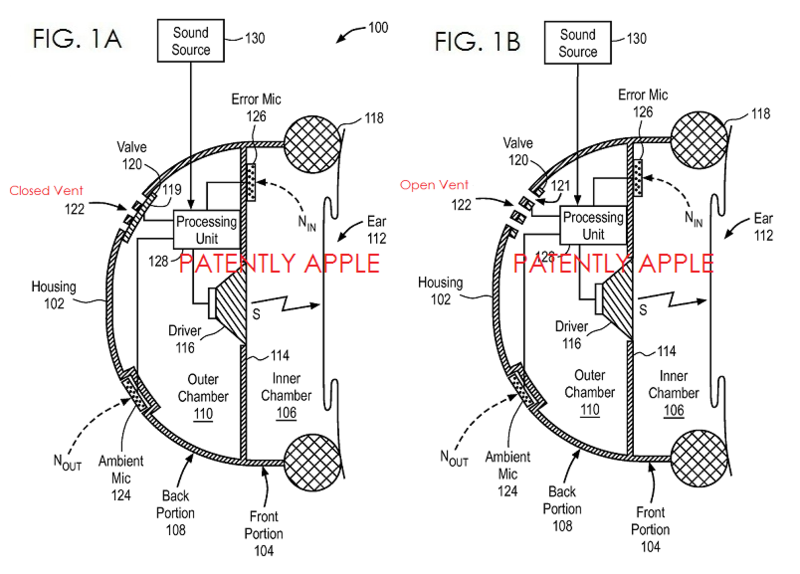 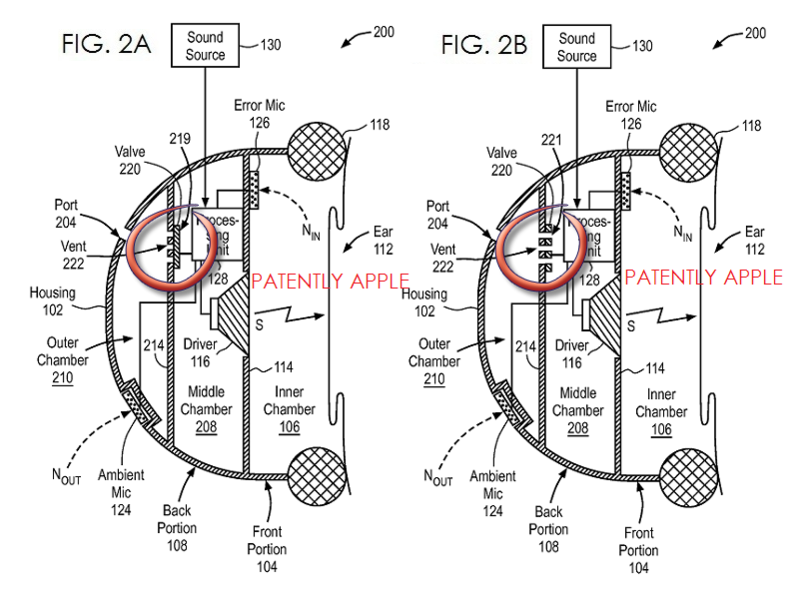 Apple's patent FIG. 3 illustrates a block diagram showing one embodiment of an operation of a noise control assembly. 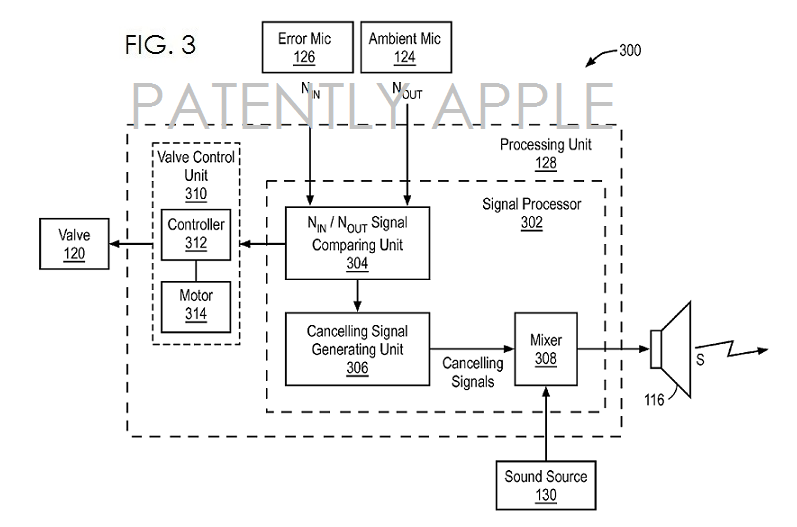 Apple credits Yacine Azmi as the sole inventor of patent application 20140169579 which was originally filed in Q4 2012. Considering that this is a patent application, the timing of such a product to market is unknown at this time.