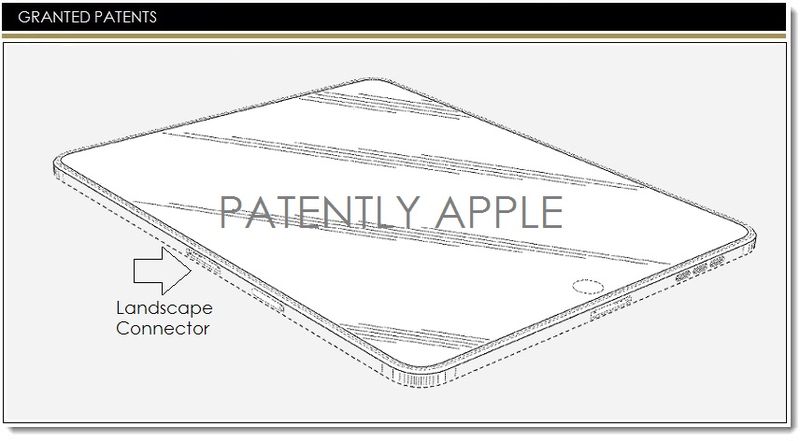 The US Patent and Trademark Office officially published a series of 52 newly granted patents for Apple Inc. today. In this particular report we cover three main patent wins including one for a hybrid electronic paper and video display. We also cover five design patents and of course we wrap up this week's granted patent report with our traditional listing of the remaining granted patents that were issued to Apple today.

Apple has been granted a patent today for their invention relating to systems and methods for displaying visual content on a hybrid electronic paper and video displays. The design of this is so smart that Apple describes the display as being able to subdivide itself into quadrants that could intelligently switch display types depending on the content that the user is running. 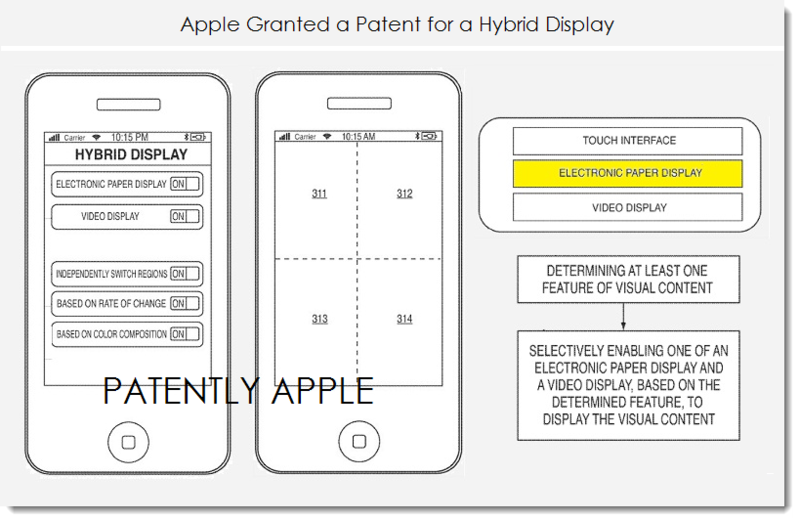 Patently Apple first covered this patent application back in April 2011. To view more graphics and detail relating to this invention, check out our previous patent report.

Apple credits Gloria Lin and Andrew Hodge as the inventors of granted patent 8,760,363 which was originally filed in Q1 2009 with 20 patent claims.

Apple has been granted a patent today for their invention relating to a possible future 3D Apple TV remote or "wand" that will be operative to control the movement of a cursor displayed on screen by the position and orientation at which the wand is held. The design would provide Apple TV users with the ability to point and click anywhere on the display unlike today.

The design of this next generation remote will use a magnetic compass to provide users with a greater degree of movement precision and accuracy. 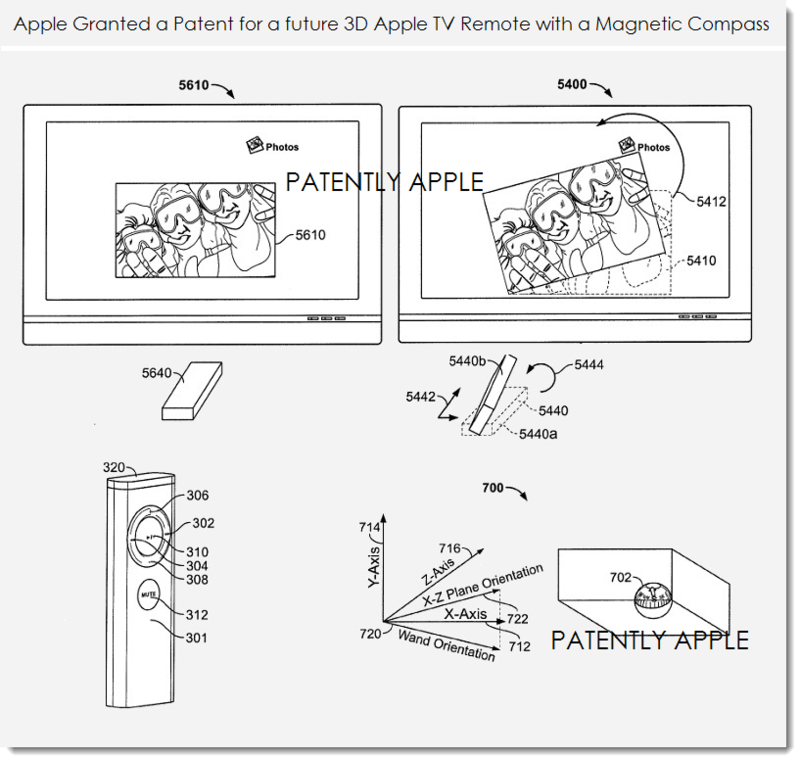 Apple credits Duncan Kerr and Nicolas King as the inventors of granted patent 8,760,400 which was originally filed in Q2 2008 and published today by the US Patent and Trademark Office.

Apple was granted a second remote controller based patent today titled "Remote control signal learning and processing by a host device and accessory," which you could check out here.

Apple has been granted a patent today for their invention relating to computing devices capable of and methods for sequencing music, and more particularly to approaches for generating and manipulating string-instrument chord grids in a digital audio workstation. The patent of course relates to Apple's Logic Pro X. 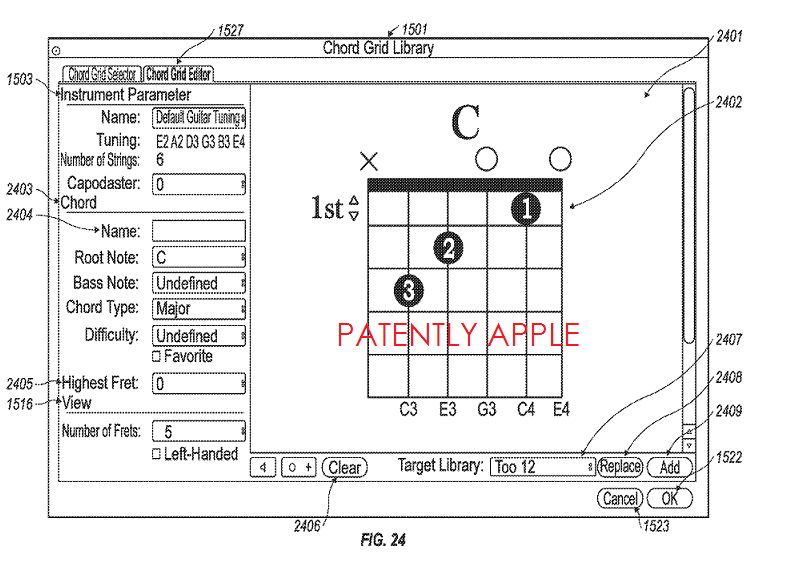 Apple credits Christopher Buskies, Alberto Scunio, Manfred Knauff and Christof Adam as the inventors of granted patent 8,759,658 which was filed in Q3 2012. Under related documents, the patent points to a 2009 granted patent.

For those that are camera buffs, you'll be glad to know that there were a number of granted patents issued today that you just might want to check out:

Apple was granted five design patents today. The first design patent (D707,675) relates to an iPad model that integrates both portrait and landscape connectors. This particular design patent credits Apple's late CEO Steve Jobs as one of the designers. The design was first noted by Patently Apple back in 2010. Apple's prototype of such an iPad surfaced in 2012. Apple was granted another design for an iPad with dual connectors and a landscape oriented face camera just last month. One has to wonder if such a design could make a comeback sometime in the future. 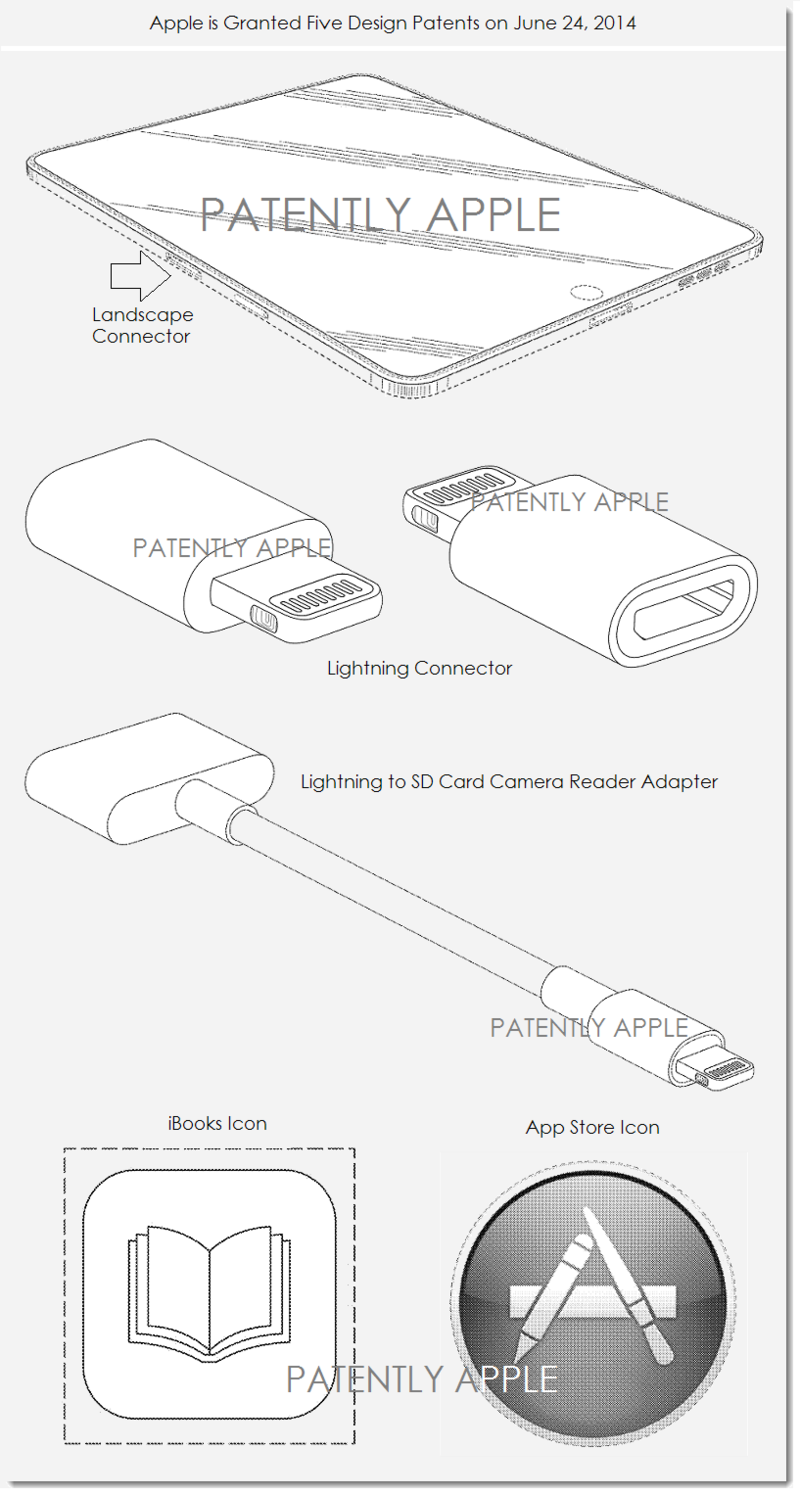 The other designs granted to Apple today by the US Patent and Trademark Office cover the lightning connector, a lightning to SD Card Camera Reader adapter and icons for iBooks and the App Store. 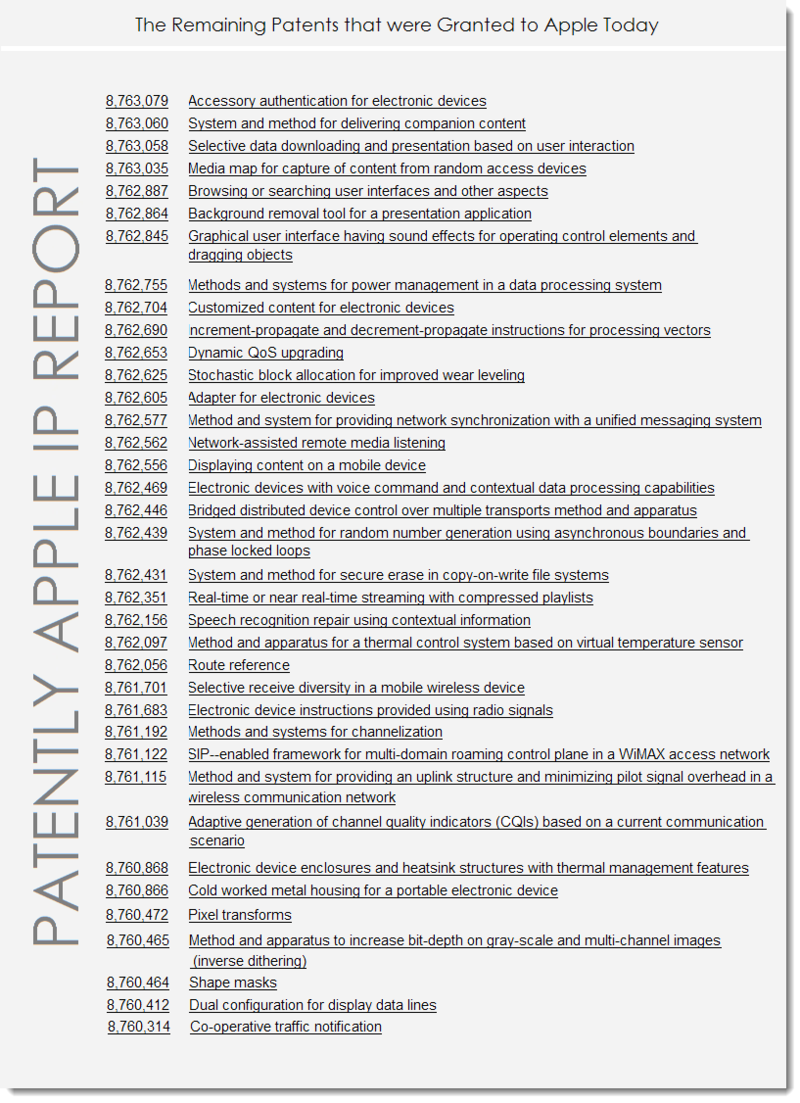