Apple Granted 31 Patents Today Covering a Design Win for the iPhone 5, a Microphone Accessory for the iPod and more

The US Patent and Trademark Office officially published a series of 31 newly granted patents for Apple Inc. today. In this particular report we cover Apple's design win for the iPhone 5, their earphone controller, an iPod voice memo microphone accessory and more. We wrap up this week's granted patent report with our traditional listing of the remaining granted patents that were issued to Apple today.

Apple Granted Patent for Earphones with Remote and Mic

Apple has been granted a patent today for their invention relating to their original earphones with remote and mic. Technically, Apple notes that "the multiple-function switch is part of an inline controller that is suitable for use to control features or functions of a portable electronic device." 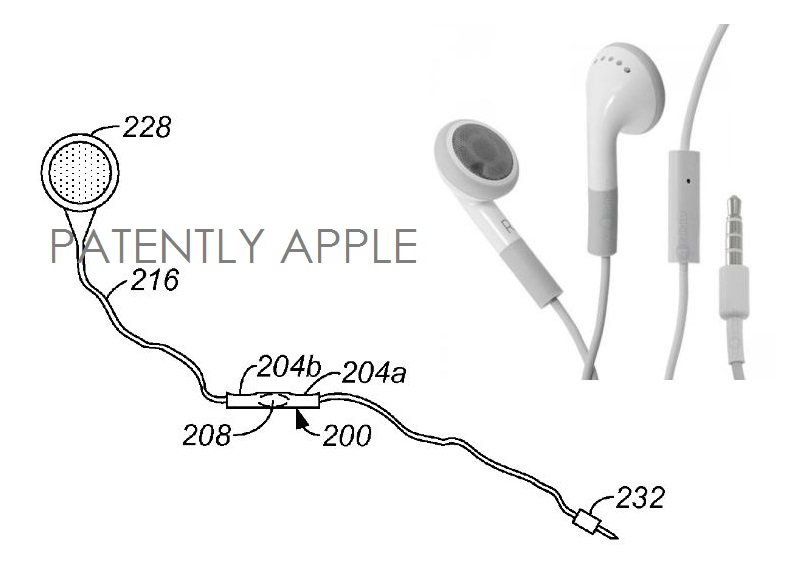 Apple credits Christopher Prest, Kurt Stiehl, Cameron Frazier, Wim Crooijmans and Michelle Yu as the inventors of granted patent 8,754,340 which was filed in Q1 2013 and published today by the US Patent and Trademark Office. The patent's history goes back to 2008. To review today's 21 granted patent claims and details, see Apple's patent.

While Apple has been granted a patent today for their invention of incorporating tactile feedback into an electronic device, Apple accentuated an iPod accessory that provided high-quality microphones for recording with a voice memo app. 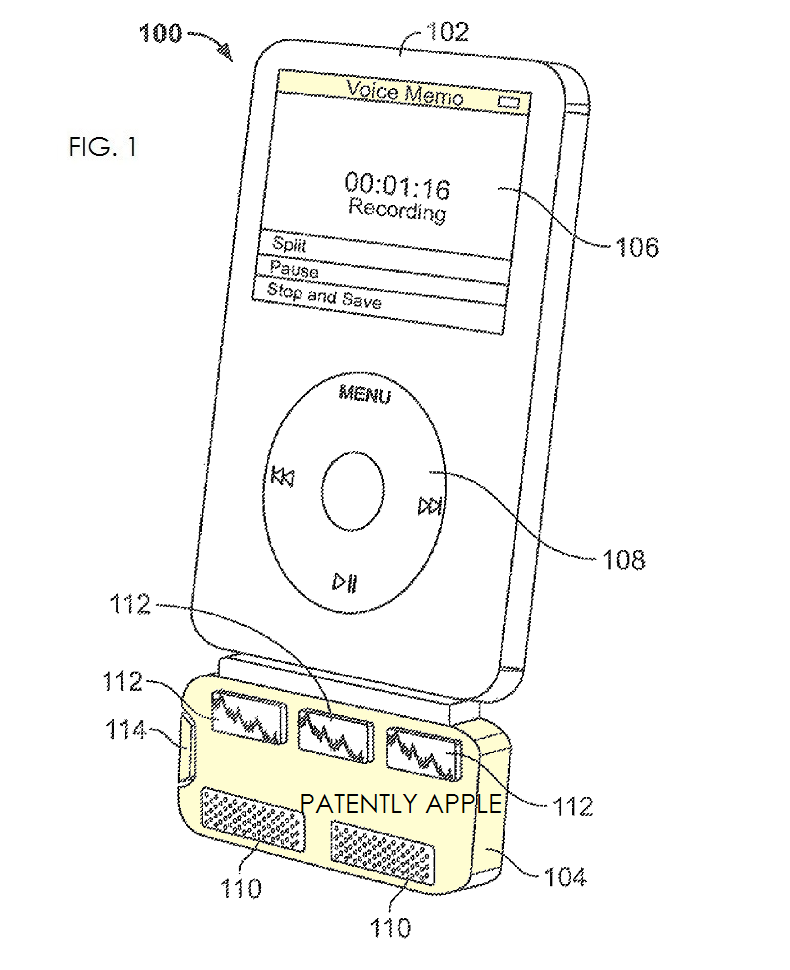 Apple credits Anthony Fadell, one of iPod fathers who started Nest now owned by Google, Andrew Hodge, Stephen Zadesky, Aram Lindahl and Anthony Guetta as the inventors of granted patent 8,754,759 which was filed in Q1 2013 and published today by the US Patent and Trademark Office. The patent notes that the original patent application was filed in Q2 2008 and granted in Q1 2012.

To review today's 27 granted patent claims and details, see Apple's patent. Patently Apple also covered a similar patent application back in 2009 that added a SIM card to the accessory.

Apple was granted three design patents today covering the iPhone 5, EarPods and a user interface believed to be related to Game Center. This is Apple's second US granted patent for their EarPods with the first being granted in Q4 2013. The iPhone 5 with their new lightning connector was introduced in September 2012. 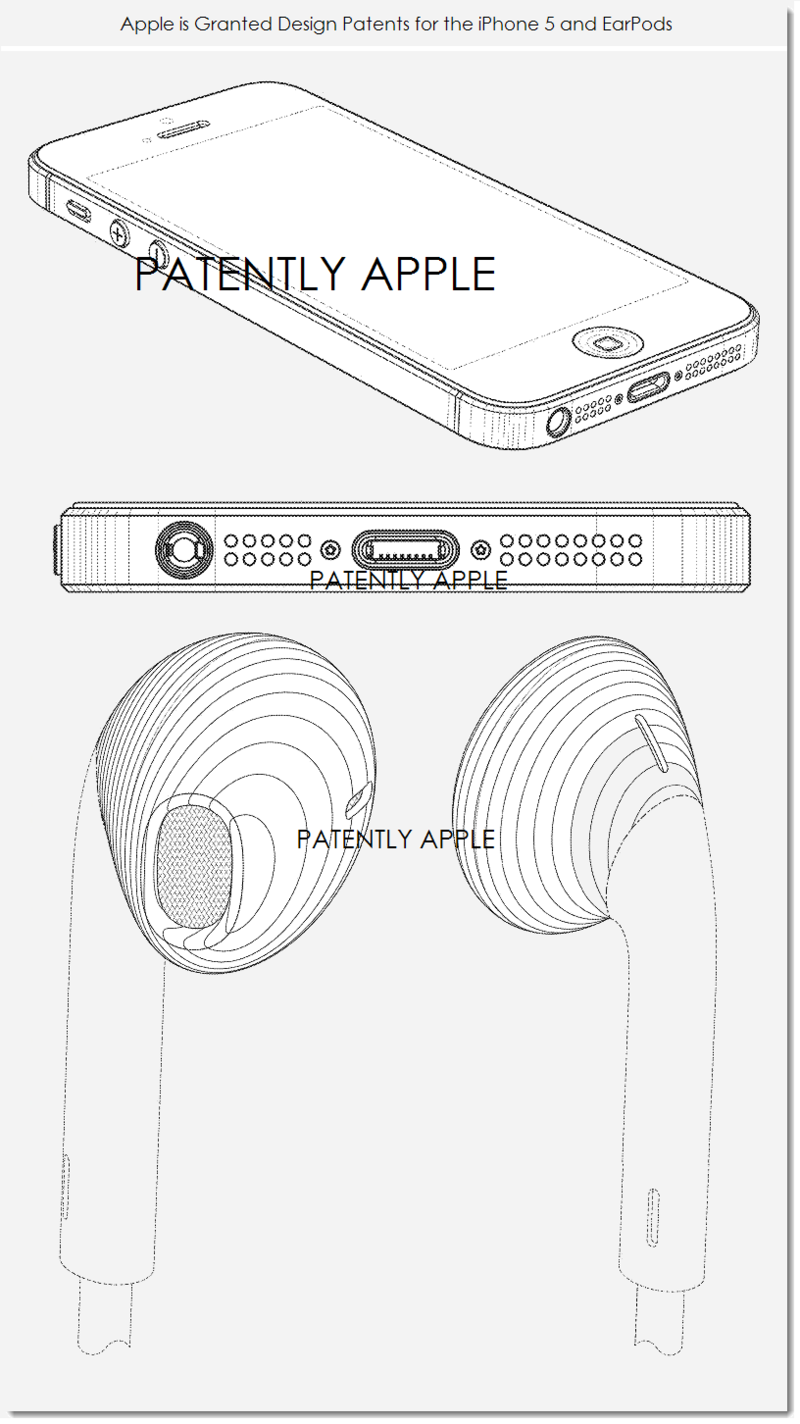 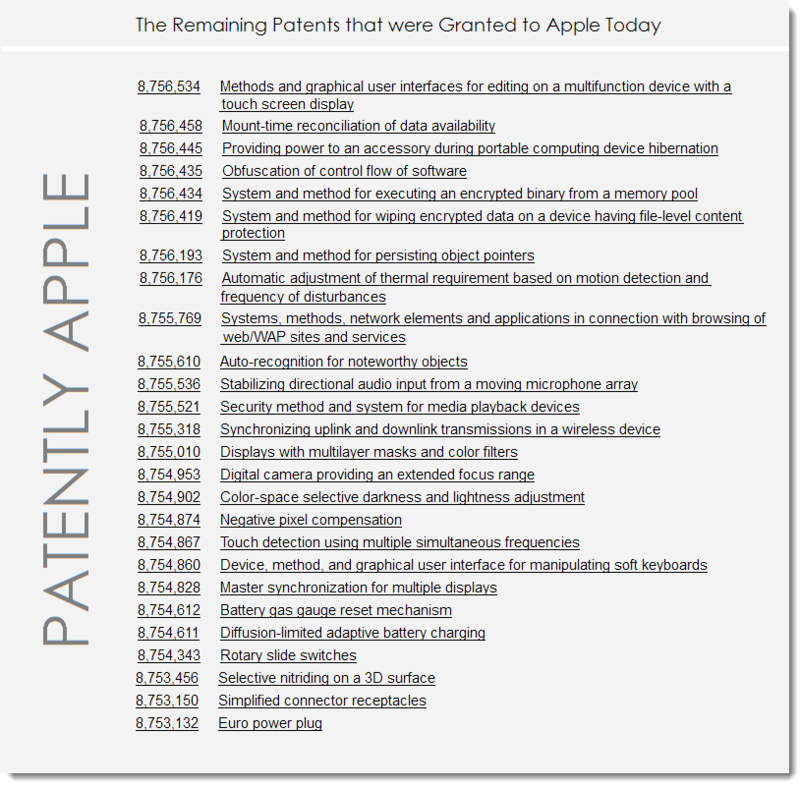