Today, the US Patent & Trademark Office officially published Apple's latest trademark application for "OS X Yosemite," under application number 86312402. The trademark covers, as expected, "computer software, namely, computer operating system software." Apple usually files for new trademarks within days after announcing a new product and/or service. Apple legal has been glacially slow this time around to file for any of the new features that Apple introduced at their World Wide Developer Conference held at the beginning of the month.

Since their WWDC event, Apple legal has only filed for the single trademark "Maps Connect" - and that was filed for in China. Apple's only new US filing since their conference has been today's OS X Yosemite. A flood of new trademarks are expected to be filed in the coming weeks ahead which may include "Health; iCloud Drive; Family Sharing; QuickType; Continuity; Handoff" and more. 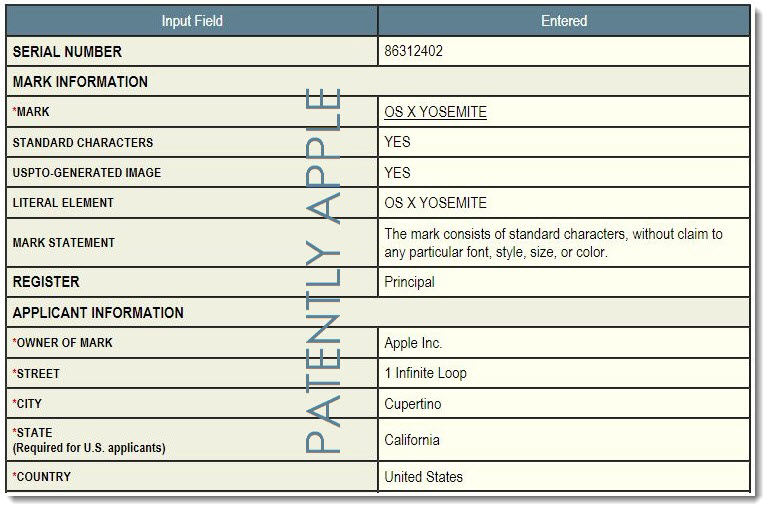 There was no mention of a priority filing made for OS X Yosemite in either Jamaica or Trinidad and Tobago which is usually the case. For more information on Apple's upcoming OS X Yosemite for Macs, click here.