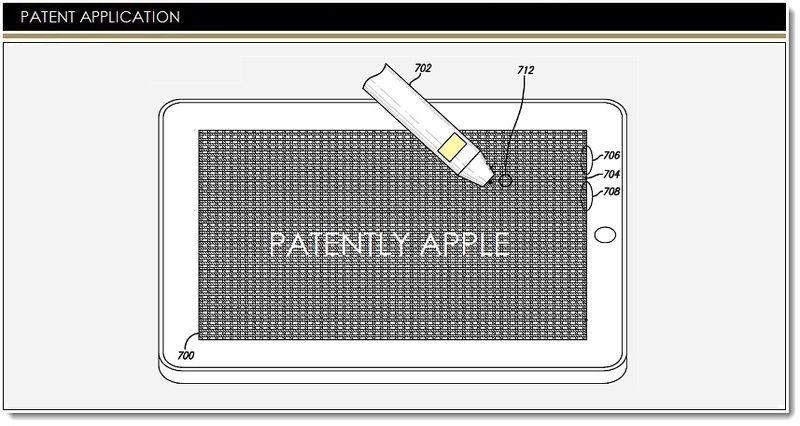 While Apple's late CEO Steve Jobs wasn't a big fan of the "dumb stylus" of yesteryear when he first introduced the iPhone back in 2007, he knew that one day the technology would give rise to an advanced iPen that would finally provide iDevice users with true to life writing capabilities on an iPhone or iPad. In the future, professions such as Lawyers will be able to speedily mark-up documents on their iPads and doctors will be able to circle areas of concern on an x-ray or sign important documents requesting specialized tests quickly with an iPen. Marketing professionals, students and the rest of us will simply enjoy writing, brain storming and simply doodling quickly while working on an idea. Today, the US Patent and Trademark Office published Apple's twenty-seventh iPen related patent that will now be added to our "Smart Pen" Archives. Apple has been working hard on a future iPen for the last five years. At some point in time this damn has to burst and give life to world's most advanced smart pen. It's now beyond the point of whether they'll ever debut a smart pen or not, but rather when.

Touch sensitive devices have become popular as input devices to computing systems due to their ease and versatility of operation as well as their declining price. The touch sensitive device can allow a user to perform various functions by touching the touch sensor panel using a finger, stylus or other object at a location often dictated by a user interface (UI) being displayed by the display device.

As touch sensing technology continues to improve, touch sensitive devices are increasingly being used to compose and mark-up electronic documents. In particular, styli have become popular input devices as they emulate the feel of traditional writing instruments.

Apple's invention generally relates to touch sensitive devices which can also accept input from a stylus or iPen. Their differential stylus sensing technique and apparatus that can improve a touch sensitive device's ability to precisely detect stylus presence, stylus position, and data encoded within the stylus stimulus in the presence of noise. 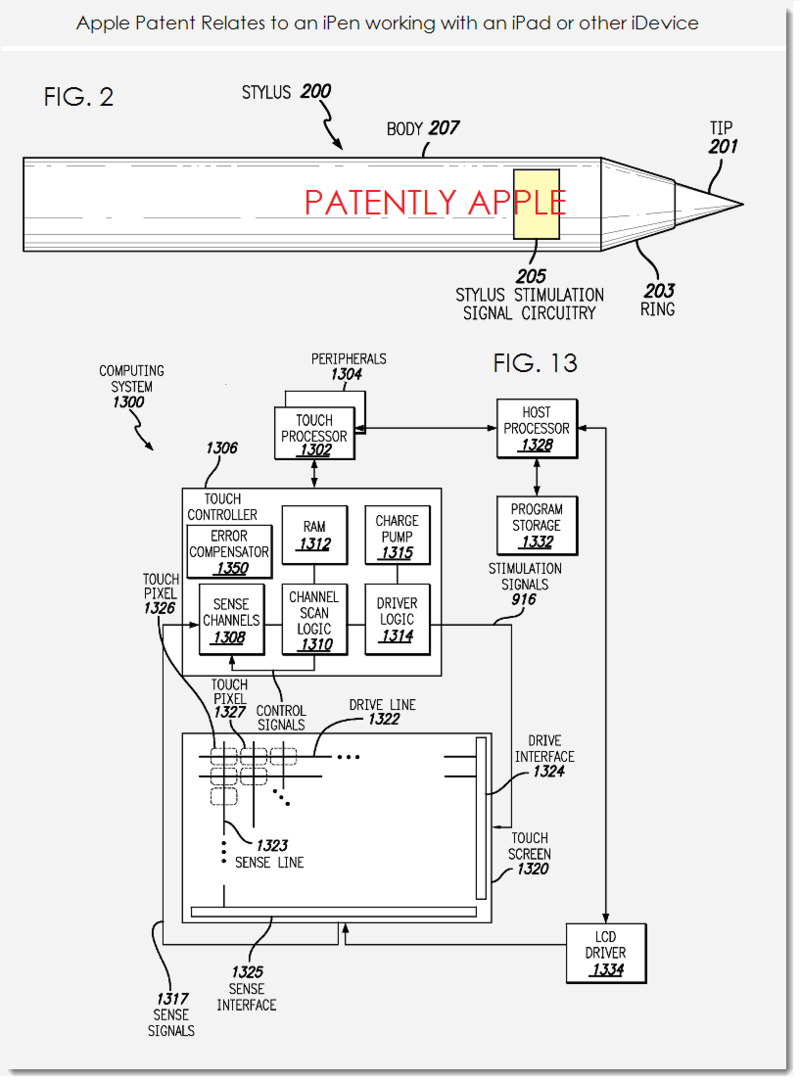 Apple's patent FIGS. 6 and 7 presented below illustrate exemplary interactions between a stylus and a touch sensor panel. 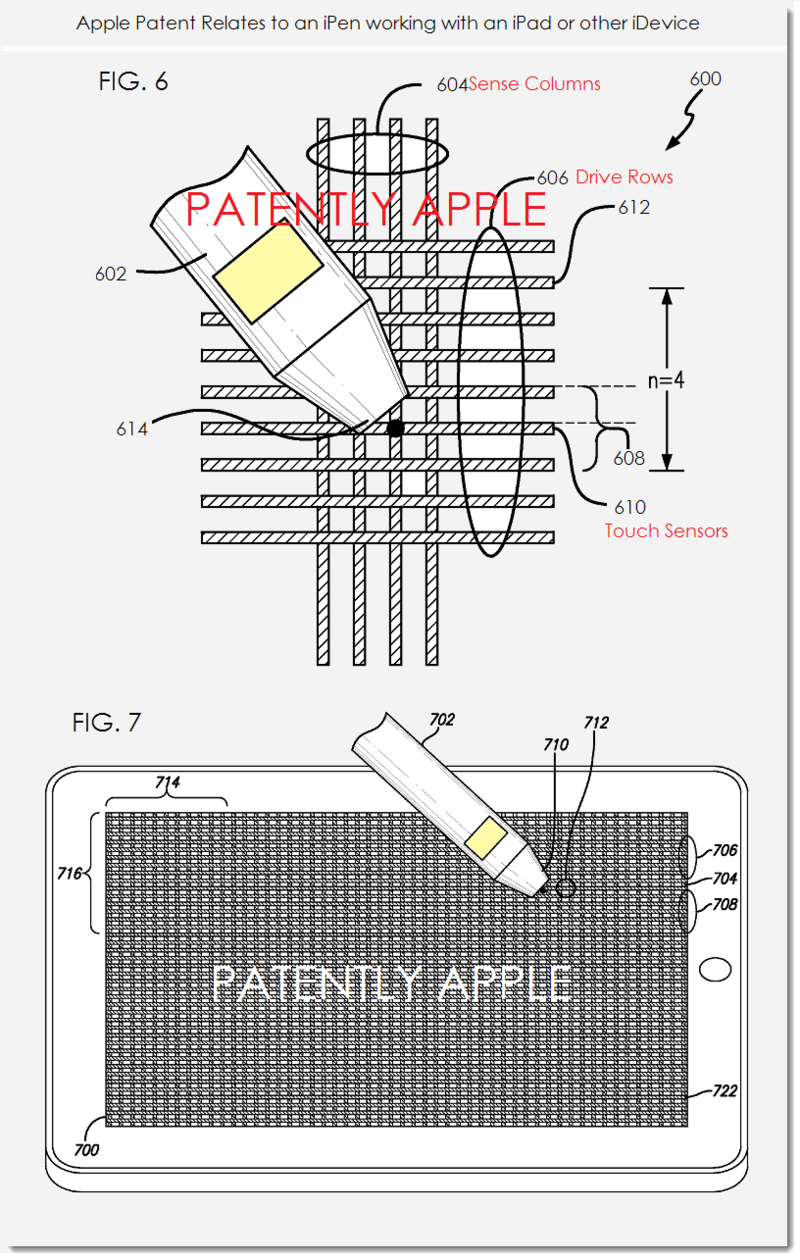 For the legal minded, Apple's first patent claim describes the following: "A stylus detection apparatus for detecting contacts from a stylus, the apparatus comprising: a touch sensor panel comprising a plurality of electrodes, each electrode configured to receive one or more signals from a stylus; and a processor, the processor capable of: measuring a first signal from a first electrode; measuring one or more signals from a pre-determined number of second electrodes; generating a noise estimate based on the measured one or more signals from the pre-determined number of second electrodes; and adjusting the measured first signal based on at least the generated noise estimate."

Apple credits Manu Agarwal, Shahrooz Shahparnia and Martin Grunthaner as the inventors of patent application 20140152582 which was originally filed in Q4 2012. To review Apple's finer invention details, see Apple's patent application. Considering that this is a patent application, the timing of such a product to market is unknown at this time.