LG is one of Apple's Retina display suppliers for the iPhone. A report out today points to LG now having 5.5 inch display capacity and will be launching their new LG G3 smartphone on May 27th with an impressive 5.5" QHD display. The debut of their new flagship phone is well ahead of their traditional September launch time slot. Coincidentally, a rumor from Taipei today claims that Apple is preparing a 5.5" iPhone for September and a surprising launch of a new 4.7 model for August. Will LG be the supplier for the iPhone with a 5.5" display? Only time will tell. 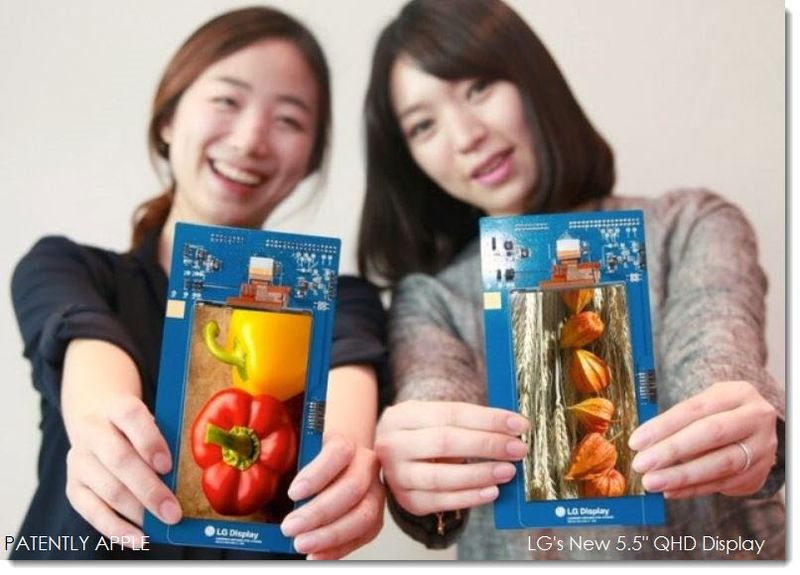 The rumors for the iPhone 6 are now close to fever pitch with silly sightings, conflicting reports and times. While LG is an Apple partner and coincidentally has the capacity to produce 5.5" high quality displays for Apple, we have to go back to an April rumor covered by CNET that stated that Apple's new 5.5" display version of the iPhone would have to wait until 2015 due to Apple's strict battery requirements. Apple's work on new thinner battery shapes and sizes were well documented in a 2012 report.

This kind of high-end display would be very nice on the so-called iPhone Air. Apple is always improving on the Retina display. They're now eyeing Quantum Dot technology as well as using sapphire to add brilliance to future displays. Yet one thing is for sure, Phablets like the LG G3 or the possible iPhone Air are going to provide consumers with stunning next generation displays.

According to The Economic Times, who is citing a rumor out of Taipei today, claims that "Apple will unveil the next incarnation of its popular iPhone series in August, one month earlier than industry watchers were generally expecting, Taiwanese media reported on Friday citing unidentified supply-chain sources".

A new 4.7" iPhone for the "back to school" season would be different for Apple and having the 5.5" iPhone for September would thrill the market. Yes, the rumor is certainly what we all want to hear and hope to see unfold. Yet for now, it's just another rumor in a sea of iPhone 6 rumors that will never stop until the new iPhone actually debuts.

Is this current rumor just another guessing-game dart thrown at the wall or will it pan out as described? Only time will tell.