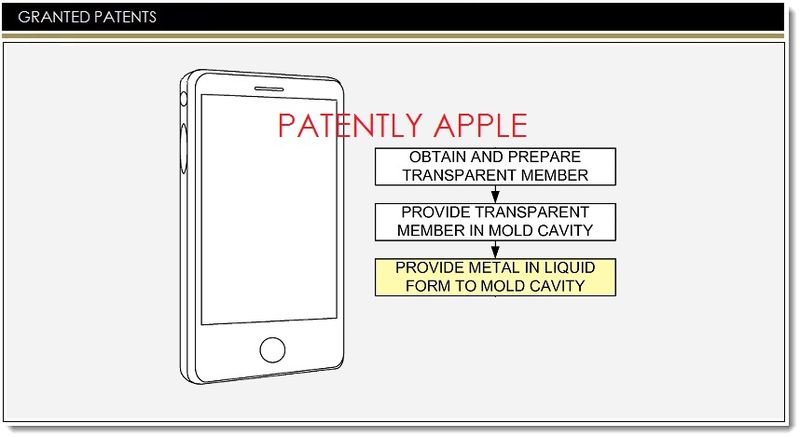 The US Patent and Trademark Office officially published a series of 59 newly granted patents for Apple Inc. today. In this particular report we focus on a single patent relating to trapping a glass insert into a metal bezel using liquid metal. The original iPhone wasn't even out a year when one of Apple's engineers began his work on sealing the iPhone's cover glass with liquid metal. The patent describes the use of insertion molding. In 2013, this process was advanced in another patent that included Apple's metal frame that doubles as an antenna and it was at this point where we wondered aloud if Apple's iPhone wasn't already using liquid metal. Today's granted patent illustrates that the research that Apple's engineer did on this project in 2008 predated their first agreement with Liquidmetal Technologies in 2010. Last week Apple Extended their Master Agreement with Liquidmetal Technologies.

Apple has been granted a patent today for their invention relating to the use of liquid metal in the assembly of iDevices.

Apple's granted patent pertains to techniques that enable an assembly that includes a transparent member that is integrally formed with a metal member.

Apple's granted patent may be implemented in numerous ways, including, but not limited to, as a method, system, device, or apparatus. Example embodiments of the present invention are discussed below. 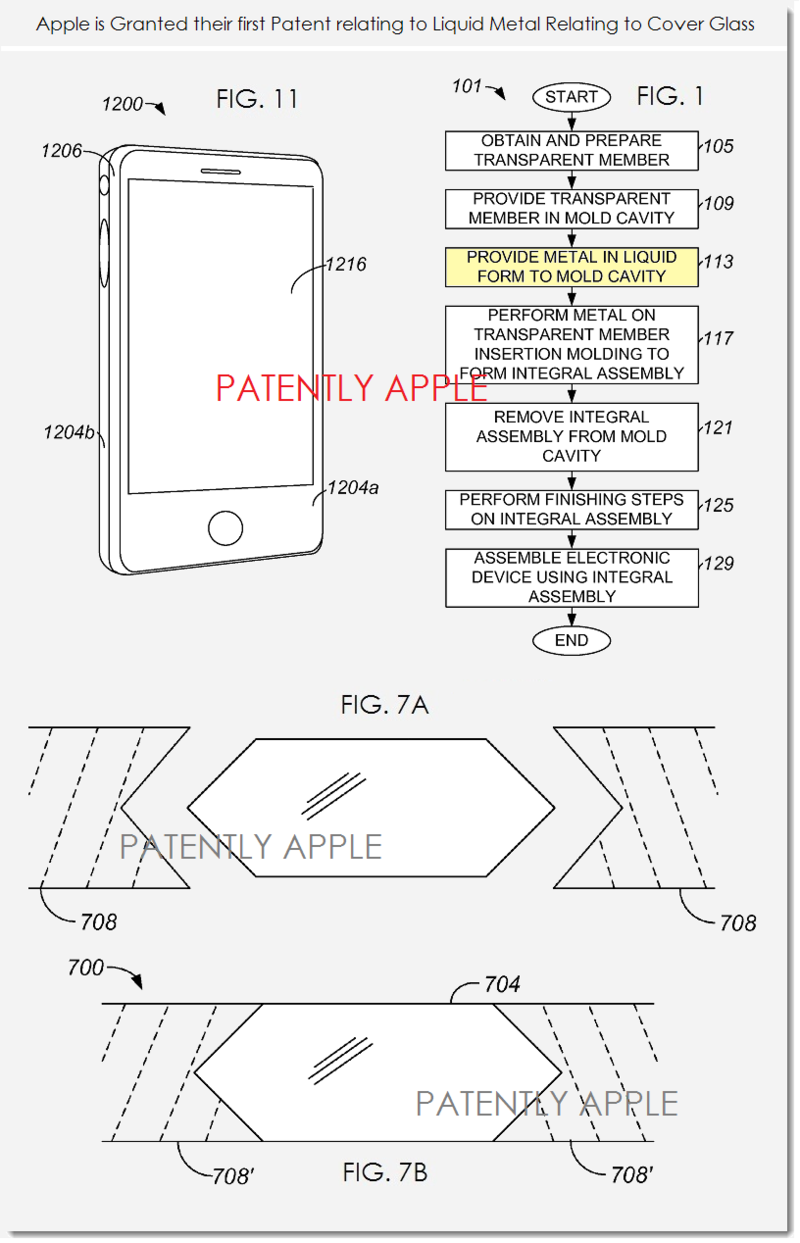 Apple credits Kyle Yeates as the sole inventor of granted patent 8,738,104 which was originally filed in Q3 2008 and published today by the US Patent and Trademark Office. To review today's granted patent claims and details, see Apple's patent. To review Apple's other work related to Liquid Metal, see our Archives.