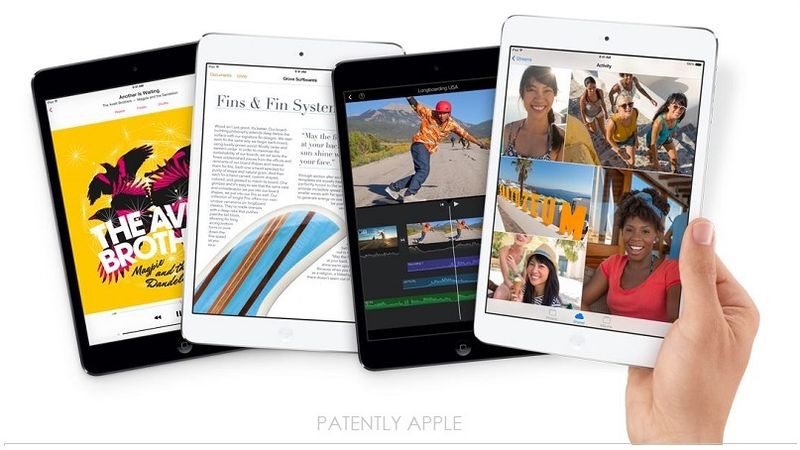 According to a press release issued by Apple today, NTT DoCoMo and Apple announced that the iPad Air and iPad mini with Retina display will be available on the DoCoMo network beginning on Tuesday, June 10. Japan is one of Apple's strongest foreign markets for iDevices. In the first quarter, the numbers for Japanese carriers were strong. Apple secured 81% of Softbank sales, 59% at KDDI AU and 42% of smartphone sales on NTT DoCoMo. DoCoMo now supporting Apple's iPad is big news. 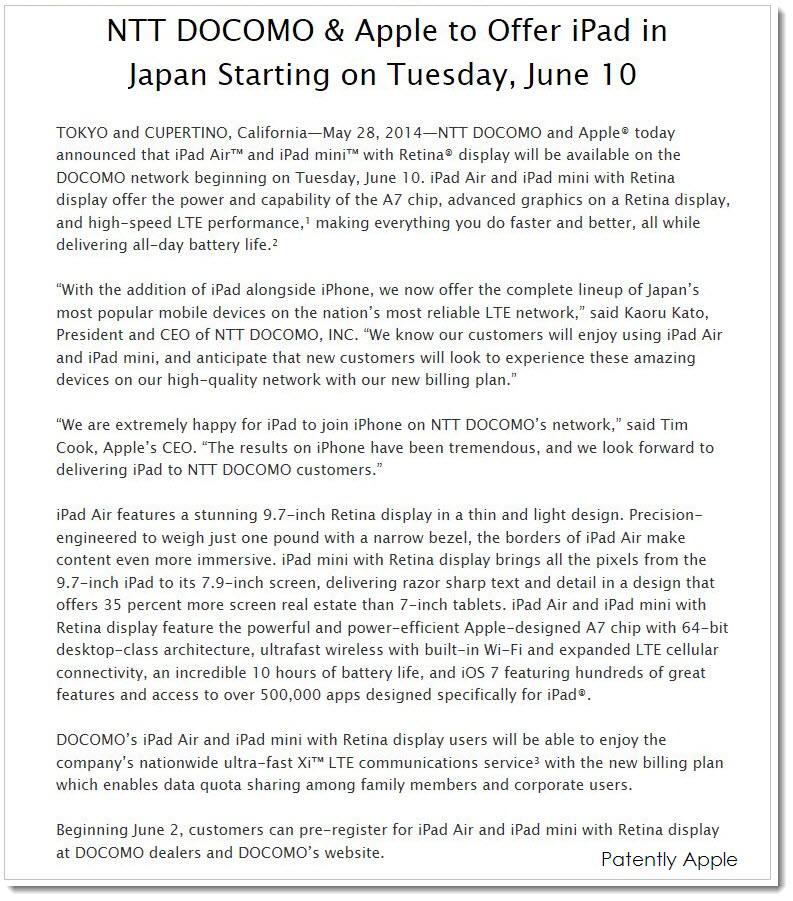 Today on DoCoMo's website they're presenting a promotion for iPads with a "Family Special Program" and "iPad Bonus Packet Campaign."