Late last month we reported that "Apple's iPad Continues to Crush all Android Tablets Combined with 77% of Web Traffic in the US and Canada." Today, IDC released a new report that shows that Apple is still king of the tablet market worldwide. That's the good news. The bad news is that IDC is playing games with the tablet figures just like Strategic Analytics did with smartphone sales to favor Samsung. Strategic Analytics mixed "mobile phone" sales in with "smartphone" to confuse the statistics of who is selling more smartphones. Apple doesn't sell mobile phones; they sell only smartphones, so the stats are completely unreliable. Today, IDC is playing the very same type of game by throwing in 2-in-1 Ultrabooks that act as a tablet knowing full well that Apple doesn't play in that market. To prop up the other vendors numbers, the 2-in-1 devices are now included. It's sad that the market has to play games because they can't beat Apple head on. Apple may have still come out on top this time around, but will they be able to stay on top for long with 2-in-1 units gaining ground? The trend is what's disturbing. 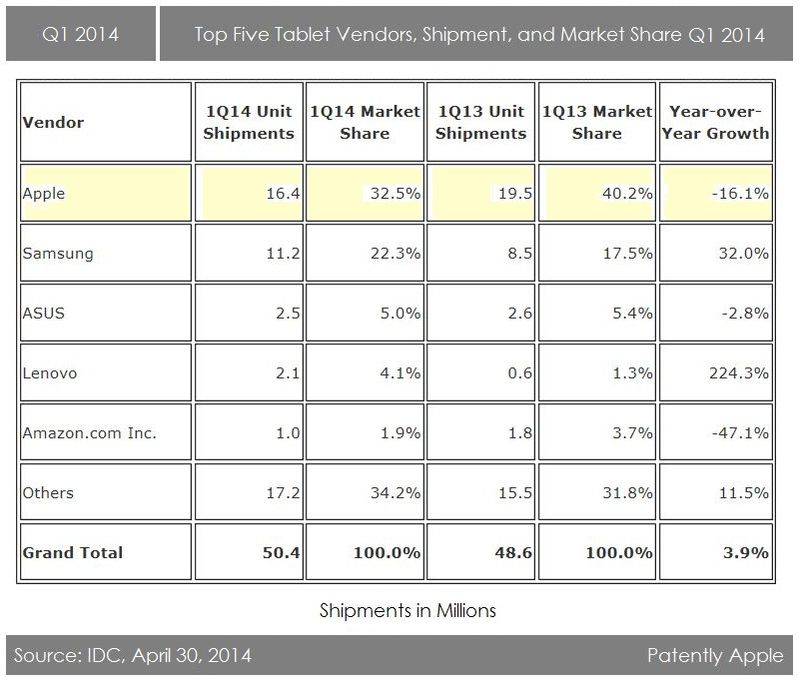 IDC goes on to state that "Samsung once again grew its worldwide share, increasing from 17.2% last quarter to 22.3% this quarter. Samsung continues to work aggressively with carriers to drive tablet shipments through attractively priced smartphone bundles." But how many 2-in-1 units are in these statistics for Samsung or the other players? They don't say. How convenient of them.