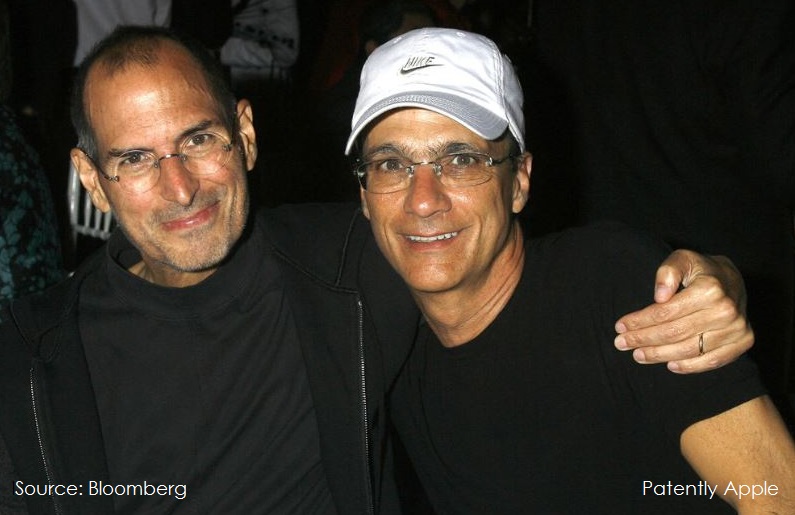 Beats co-founder Jimmy Iovine, a long-time producer and executive was friendly with Apple co-founder Steve Jobs and is a big supporter of the company's efforts in music. Much of what led Apple and Beats to each other started with Iovine, who helped produce work as varied as Bruce Springsteen's "Born to Run" and the movie '8 Mile." Iovine became an early advocate for Apple's iTunes Store after getting a personal demo from the late CEO Steve Jobs before the service debuted in 2003. The photo above showing Steve Jobs and Iovine together was taken in 2008 during a Life Award Dinner in Santa Monica, California.

In the early days, Iovine helped recruit music labels and artists to support the iTunes Store at its start. He also had Apple's iPod music players placed inside music videos by artists including 50 Cent, Eminem and Mary J. Blige.

"I have a background as a recording engineer, so I think I understand what kids want, and when I saw the simplicity of the iTunes system, I said, wow, this is going to work. This is what they want, no muss, no fuss," Iovine said in a 2003 interview.

Iovine once recalled how Jobs was one of the first people he visited to get his take on the Beats headphones before the product publicly debuted. On Iovine's iPad, he keeps photos of celebrities wearing the devices, including Jobs donning a pair.

In 2012, Iovine said he would build a music-subscription service so people can pay $10 a month to get access to a library of millions of songs, as well as playlists curated by artists and taste makers.

Iovine told Businessweek in 2012 that "Right now, subscription music online is culturally inadequate. It needs feel. It needs culture. What Apple has in the downloading world is very, very good. But subscription has an enormous hole in it, and it's not satisfying right now."

Below you'll find a chart of statistics relating to the new Beats Streaming Music Service after 100 days running. The beats music service is likely to breathe new life into Apple's iTunes business to ward off streaming music rivals.

For more on this story, see Bloomberg's report.