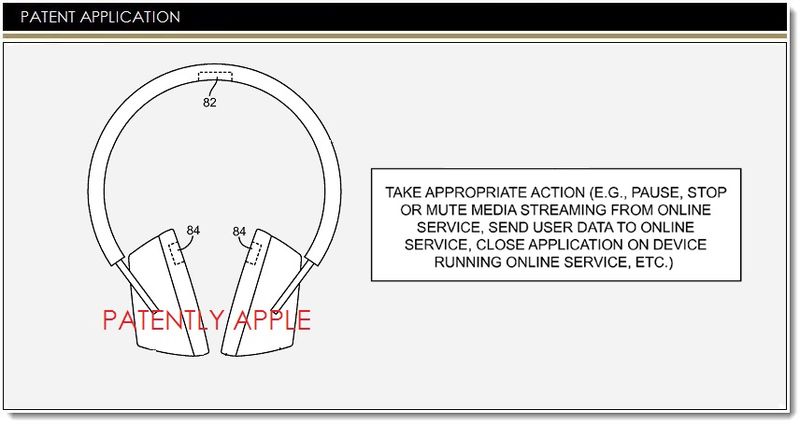 On May 29, 2014, the US Patent & Trademark Office published a patent application from Apple that reveals their plans to add presence sensors to both future versions of their current EarPods and Beats Headphones. The timing of this patent coming to light is perfect in light of Apple's acquisition of Beats yesterday. Our cover graphic illustrates that Apple was thinking of applying their new technology to over-the-ear headphones. The presence sensors will be able to stop streaming media from Apple's iTunes Radio and/or Beats Music along with iTunes services such as watching TV programming or Movies the second that the user removes their earphones from their head and instantly resume play of the media whenever they're worn again.

Accessories such as earphones are often used with media players, cellular telephones, computers, and other electronic devices. There can be difficulties associated with using earphones. For example, a user who is using earphones to listen to streaming audio content provided by an online service may occasionally need to remove the earphones. When doing so, the user may miss content that is being played. For example, a user may not be able to manually stop audio content before removing the earphones, causing some of the content to be played without the user's full attention. Playing streaming audio content while the user is not listening is not only wasteful of the electronic device's battery life but also wasteful of cellular data usage, of which the user may only be allotted a certain amount per month.

Apple's invention relates to electronic device accessories like Apple's EarPods that may be provided with the ability to sense the presence of external objects. For example, an earphone accessory may be provided with sensing structures such as user detection sensors that can determine whether or not the earphones (i.e., the earphone speakers) are located in or on the ears of a user.

The earphones may have sensor structures that determine whether or not the ears of a user are present in the vicinity of the earphones. 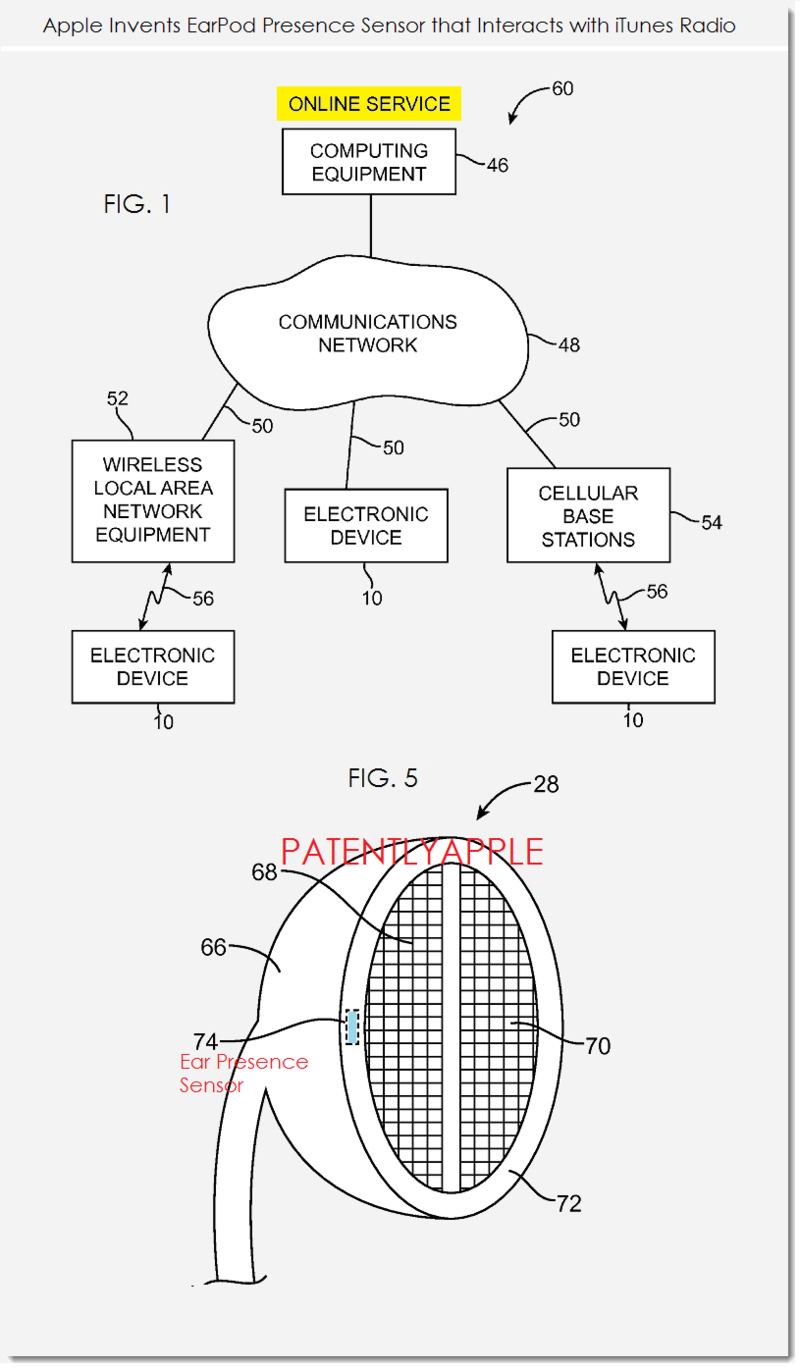 Presence Sensors Could be headed for Future Beats Headsets 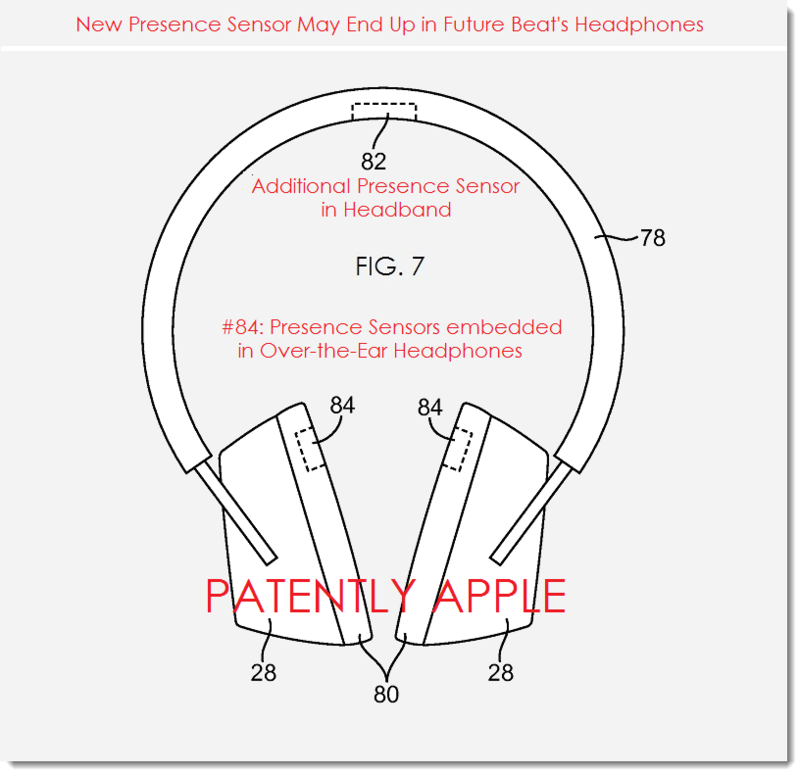 Apple's patent FIG. 7 as noted above is a perspective view of illustrative over-the-ear headphones having one or more user detection sensors. A sealing member such as sealing member #80 may be a ring or layer of foam or may be any other suitable type of ear pad configured to form a seal around the user's ear to block out ambient noise.

The user detection sensors may be temperature sensors, pressure or force sensors, capacitive sensors, acoustic-based sensors, switch-based sensors (e.g., sensors formed form mechanical switches that are actuated when a user's ear or head is present or absent), or any other suitable type of sensor configured to detect the presence and/or absence of a user's ear.

Apple further notes that other suitable actions that may be taken by the device in response to the user removing the earphones from the user's ears include: pausing, stopping, or muting the media playback, adjusting the playback volume (audio signal drive strength), closing the application on the device that is running the online service that is providing the media, and/or sending user data to the online service (as examples). 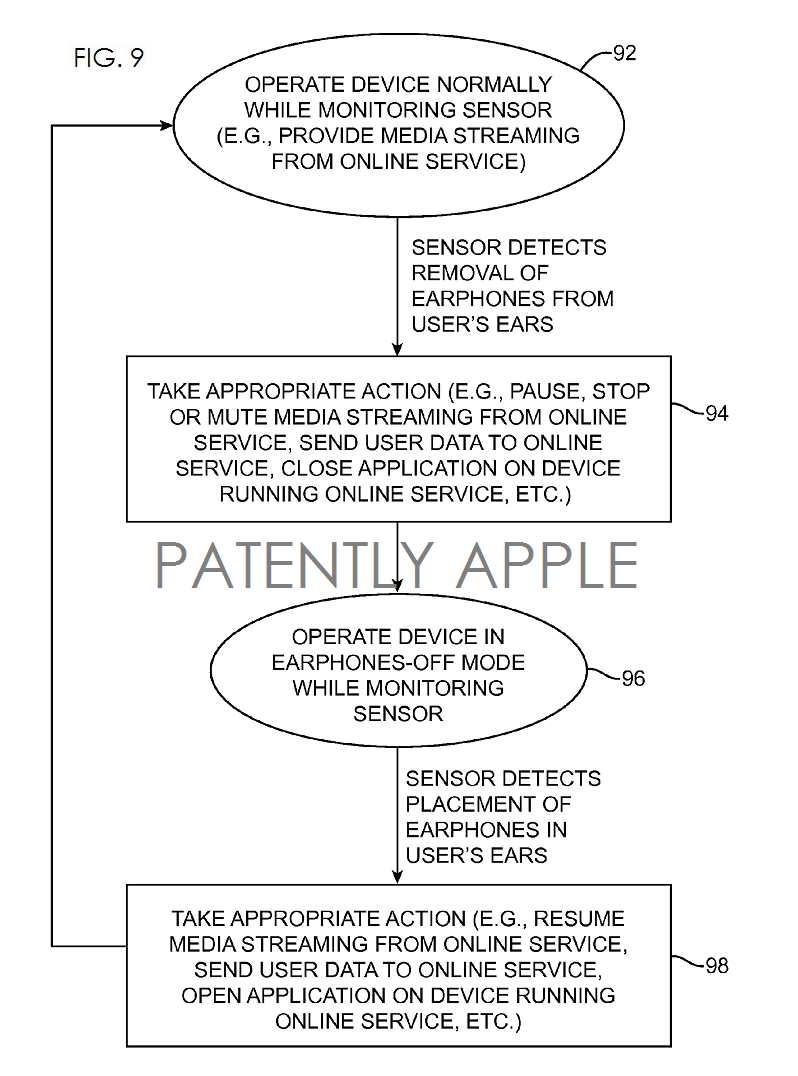 Apple credits Alessandro Pelosi as the sole inventor of patent application 20140146982 which was originally filed in Q4 2012. Considering that this is a patent application, the timing of such a product to market is unknown at this time.