Apple Now the Second Largest Online Retailer in the World

According to new e-commerce sales data from trade publication Internet Retailer, Apple has leapt ahead of Staples to become the second largest online retailer in the world behind Amazon. Our report also touches on the World Trade Center's new retail complex and Apple's new store location.

According to the report, Apple notched a 24% increase in online sales to $18.3 billion last year. Part of the increase in Apple's sales this year came from Internet Retailer's inclusion of Apple's online hardware sales for the first time, in addition to the digital sales from its App Store and iTunes.

As good as the news is, Apple is likely to remain in second place for the foreseeable future as Amazon sold $67.8 billion of electronics, media and other products last year which is more than its next 10 biggest online competitors combined. 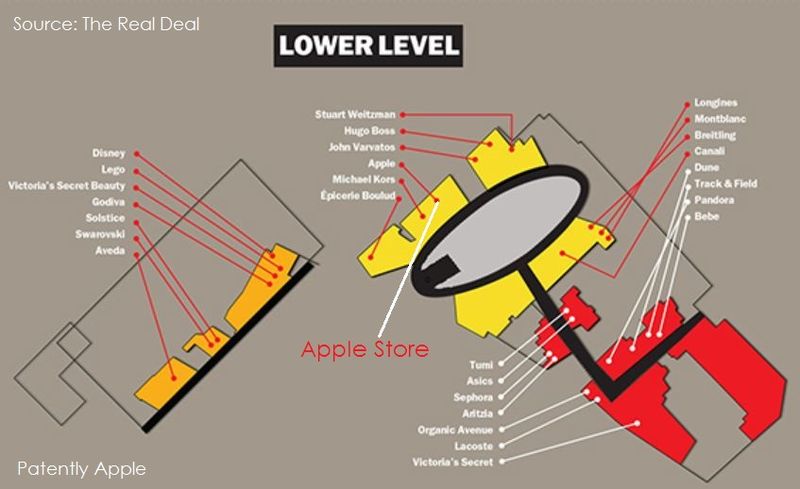 In other Apple Store news, we're able to see a map of the new World Trade Center's lower Level where we highlighted Apple's new store location.

The New York Real Estate news site The Real Deal reveals that Apple, which is expected to take space in the project, is frustrated by the giant "ribs," or columns, that Calatrava included throughout the underground portion of the site. The arching structures are spaced roughly 11 feet apart along the front portion of each store, which has put off some retailers who want to use that space for signage, branding or product display, sources said.

Apple even sought a design variance, but was turned down, said one retail source, who asked not to be identified. You could see the design's drawback below.