Apple may Surprise the Market with a New Smart Home Platform 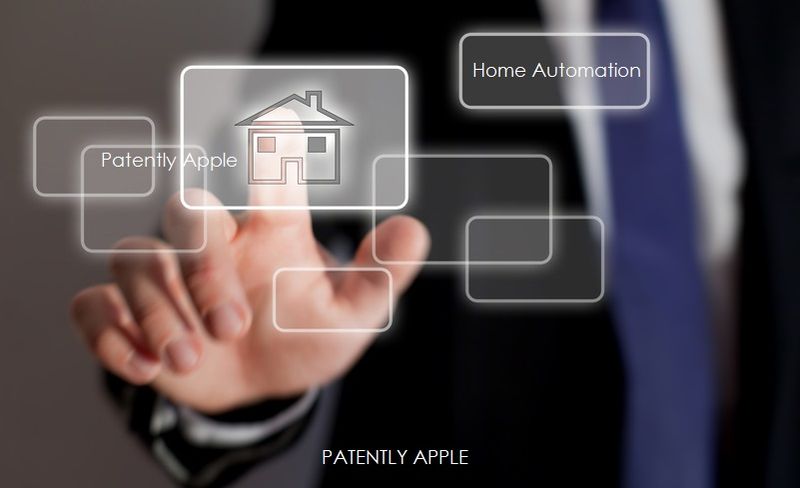 Patently Apple first reported on the basic aspects of Apple's move towards the smart home back in January 2010 in a report titled "Apple Reveals Smart-Home Energy Management Dashboard System." Then in 2011 we reported on a "Siri and Non-Visual Controls," patent that covered home appliances, kitchen counter tops and beyond. Following that in 2012, we posted a report titled "Apple's Wild New Patent Covers TV & Advanced 5D Technology," that covered an in-home entertainment system and beyond. Lastly, in 2013 an Apple patent application came to light that was primarily about in-vehicle controls and yet noted that "The technology could be used to configure in-home climate control settings, television settings and/or lighting preferences," and more. Today, the Financial Times is reporting that "Apple is preparing to announce a new software platform that would turn the iPhone into a remote control for lights, security systems and other household appliances, as part of a move into the "internet of things," which is exactly what Apple's patents have covered over time.

According to the Financial Times, Apple plans to take on rivals Google and Samsung and make a "big play" in the world of smart home technology at its Worldwide Developer Conference on June 2 in San Francisco, according to people familiar with the matter.

This will reinforce the view held by some in Silicon Valley that "Jetsons-styled" home automation systems are the next frontier in technology as growth in smartphone sales begins to slow in developed markets.

Apple's integrated system will make it easier to set up and control new "smart home" devices. For example, a home's lights might automatically come on when the owner enters the house, using their iPhone to wirelessly signal their arrival.

The connected-home system will give Apple customers more reasons to buy several devices in its iOS family, by using the iPhone or iPad in conjunction with its Apple TV box, an upgraded version of which is expected to be released later this year, to control other domestic devices.

Apple has been talking to a select group of other device makers whose smart home products will be certified to work with its forthcoming new system and then be sold in its retail stores.

As the smart home market is still in its very early days, Apple may face challenges in convincing consumers and technologists to use its platform. But Apple's longstanding promise that its products "just work" when used together, thanks to its tight integration of hardware, software and cloud services, could give the iPhone maker an advantage over its rivals. You could find more about this development in the Financial Times report here. 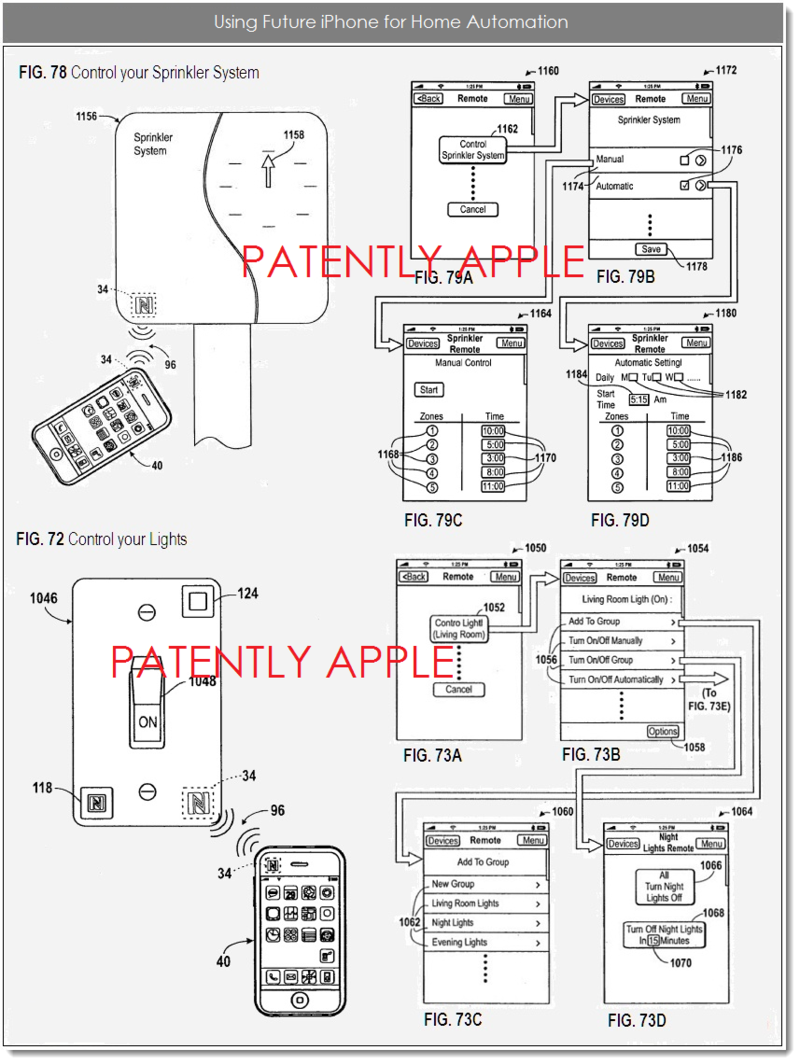 The images presented above were taken from our 2010 report titled "NFC iPhone to Control All of Your In-Home Electronics & More." As you can see, Apple's patent envisioned the iPhone used for Home Automation including such things as controlling lights and a water sprinkler system. That report also covered automation for controlling all electronic devices in your home including a security system.

Images from Patents Apple Acquired from Timothy Prior 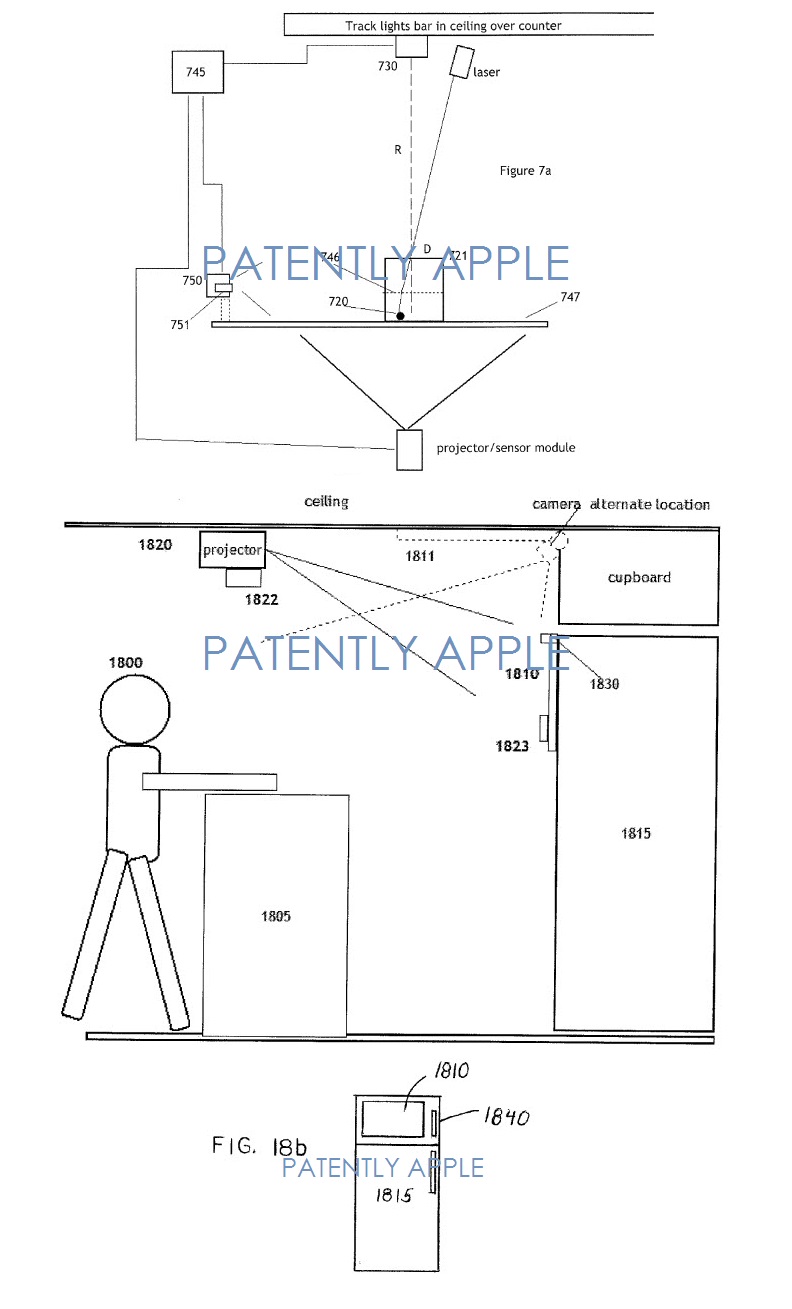