On May 22, 2014, the US Patent & Trademark Office published a patent application from Apple that reveals a new robotic arm system for testing iPhones. Before devices are sold to customers, extensive wireless tests are performed. Testing allows designers to optimize antenna and wireless transceiver performance. Testing also ensures that regulatory limits on emitted radiation levels are satisfied. As smartphones are now being designed with the capability to operate in a large number of frequency bands and using multiple antennas, conventional testing systems are becoming overburdened leading to potential delays. Apple has designed a new testing system that uses a new robotic arm. And while we're on the topic of multiple antennas, another Apple patent surfacing today reveals a new antenna structure that will combine NFC with Non-NFC communications to the same antenna. With Apple recently signing an e-Wallet deal with China UnionPay requiring NFC, Apple's latest NFC invention may very well be making its way to the iPhone 6.

Apple's invention covers a new wireless testing system. The test system may include a wireless test chamber with metal walls lined with pyramidal absorbers. A trapdoor may be provided in an opening in a chamber wall to accommodate a robotic arm or other robotic systems. 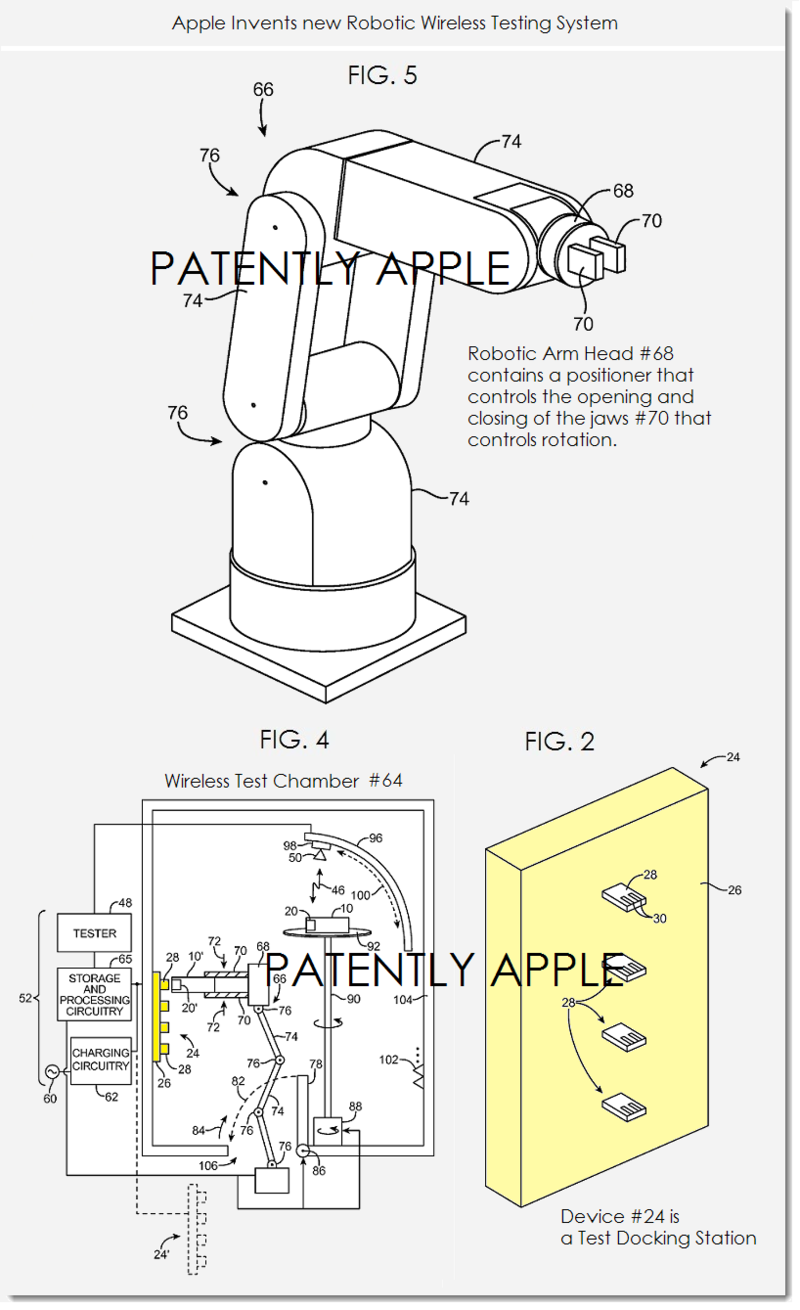 Apple's patent FIG. 7 noted below is a cross-sectional side view of a portion of a wireless test chamber wall in which a trapdoor covered with pyramidal anechoic chamber wall absorbers has been formed to accommodate a robotic arm. 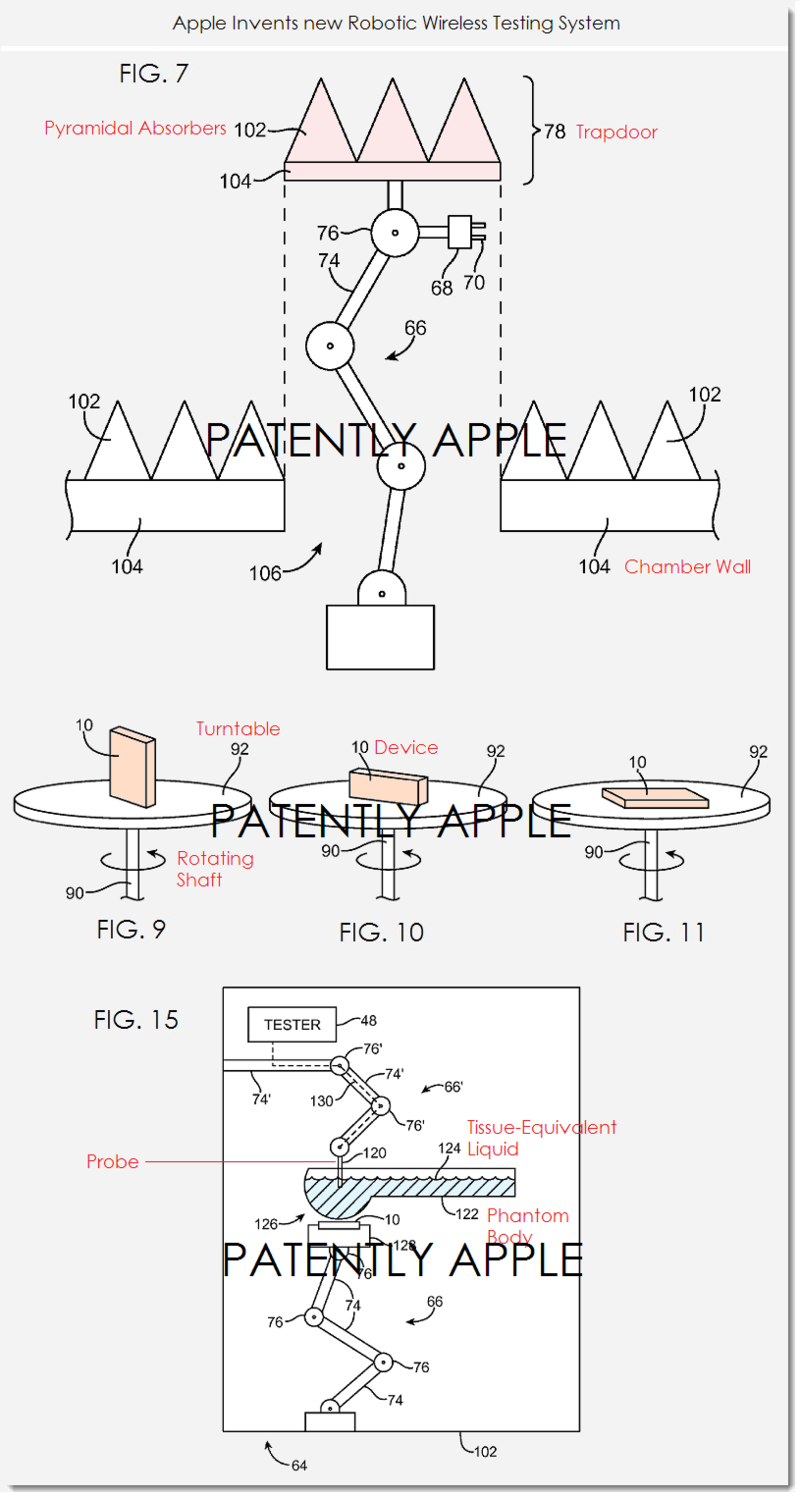 And lastly, Apple's patent FIG. 15 is a side view of a wireless test system of the type in which specific absorption rate measurements on a device under test are being made using a robotic arm.

More specifically, patent FIG. 15 is a cross-sectional side view of test chamber #64 in a configuration in which the device under test is being tested for emitted radiation levels (i.e., device under test 10 is being subjected to specific absorption rate tests).

Apple credits Robert Schlub, Boon Shiu, Chun-Lung Chen, Jonathan Haylock and Hagan O'Conner as the inventors of patent application 20140141726 which was originally filed in Q4 2012. Considering that this is a patent application, the timing of such a product to market is unknown at this time.

While there's been some skepticism over Apple ever using NFC, it's a fact that Apple has many patents on this technology and today a new one has surfaced under patent application number 20140139380.

Apple's patent FIG. 9 is a cross-sectional diagram of an illustrative electronic device showing how antenna signals may be emitted and received from both ends of the device and from both front and rear faces of the device.