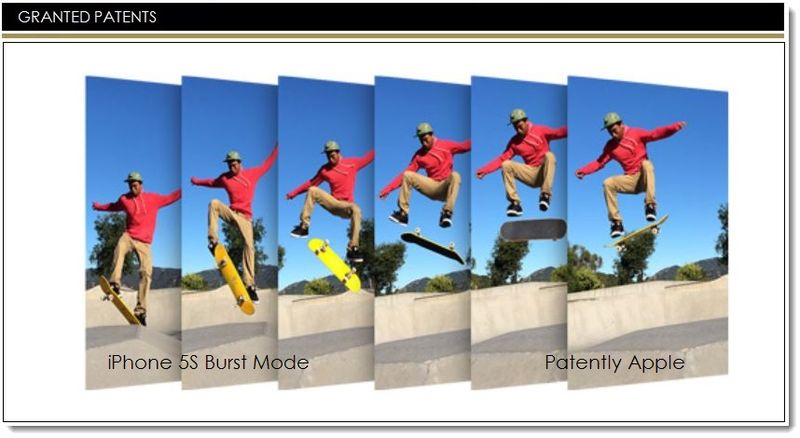 The US Patent and Trademark Office officially published a series of 59 newly granted patents for Apple Inc. today. In this particular report we cover Apple's Game Center, the iPhone 5S's new Burst Mode, a design Patent for the iPad Air and more. We wrap up this week's granted patent report with our traditional listing of the remaining granted patents that were issued to Apple today.

Apple is granted a Patent for Game Center

Apple has been granted a patent today for their invention relating to Game Center which is an online multiplayer social gaming network which was originally announced by Apple on April 8, 2010. It became publicly available with the release of iOS 4.1 on September 8, and in November, became available in iOS 4.2 for iPad. The service underwent a major update in October 2011, for iOS 5, including support for turn-based matches.

On February 16, 2012, it was announced by Apple that Game Center would be integrated into the latest version of OS X, Mountain Lion, set for a July 25, 2012 release. Some games can now share multiplayer functionality between the Mac and iOS versions of the app. 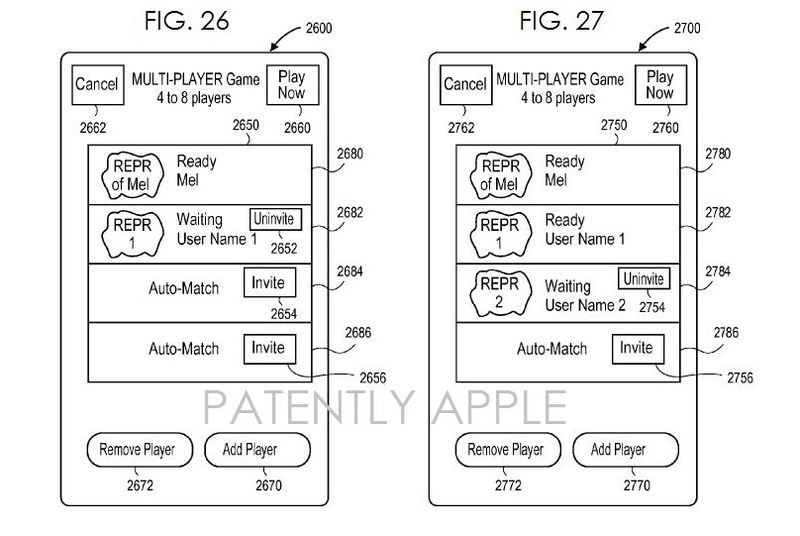 Apple credits Marcel van Os and Mike Lampell as the inventors of granted patent 8,734,255 which was originally filed in Q3 2010 and published today by the US Patent and Trademark Office. To review today's granted patent claims and details, see Apple's patent.

Apple has been granted a patent today for their invention relating to Burst Mode which debuted with the iPhone 5S. 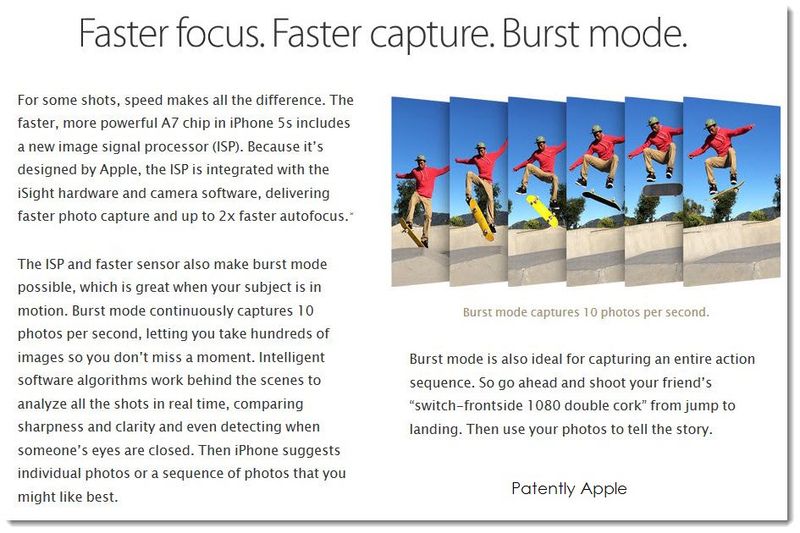 Apple credits Wayne Prentice as the sole inventor of granted patent 8,736,716 which was originally filed in Q2 2011 and published today by the US Patent and Trademark Office. To review today's granted patent claims and details, see Apple's patent. Apple's second granted patent related to Burst Mode could be found under number 8,736,697. The inventors are noted as being William Fintel and David Jasinski.

A few other granted patents of interest today: The first is relates to image browsing on an iPod (as noted in patent figures FIGS. 2, 13, 15 below. The second is for Intelligent infrared remote pairing for the Apple TV remote. The last is one titled "Touch sensing through hand dissection," which covers multitouch, 3D manipulation, handwriting and more. 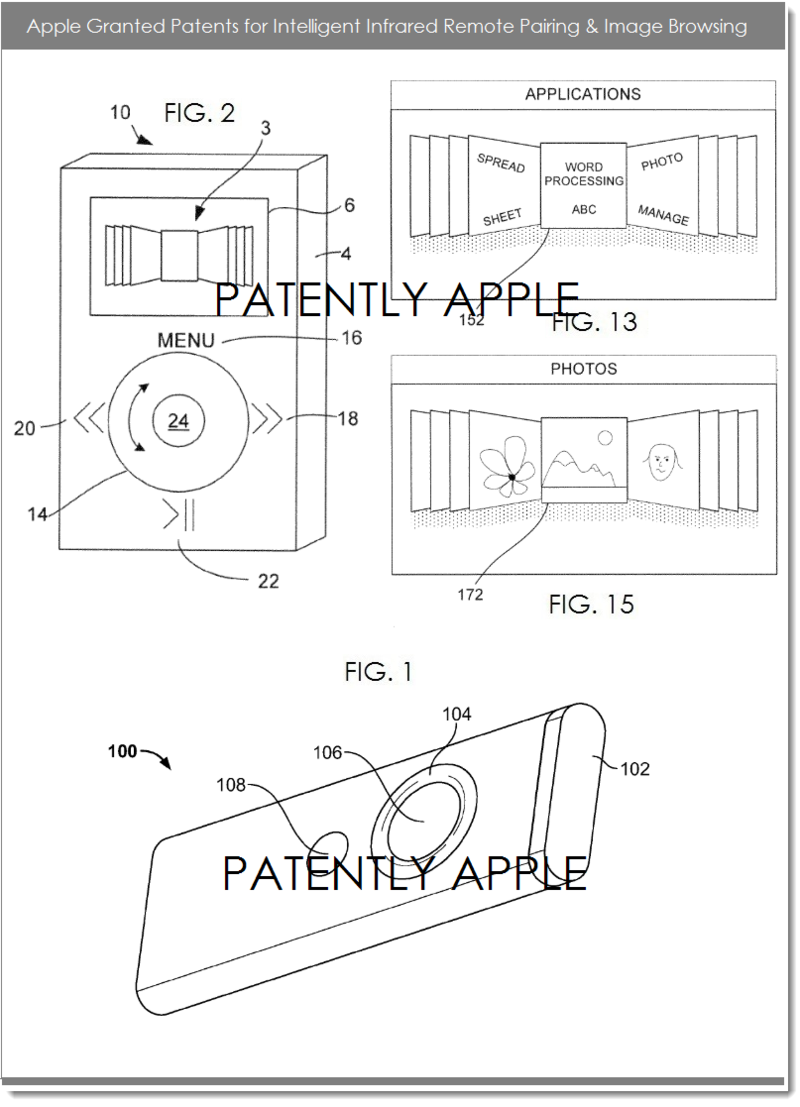 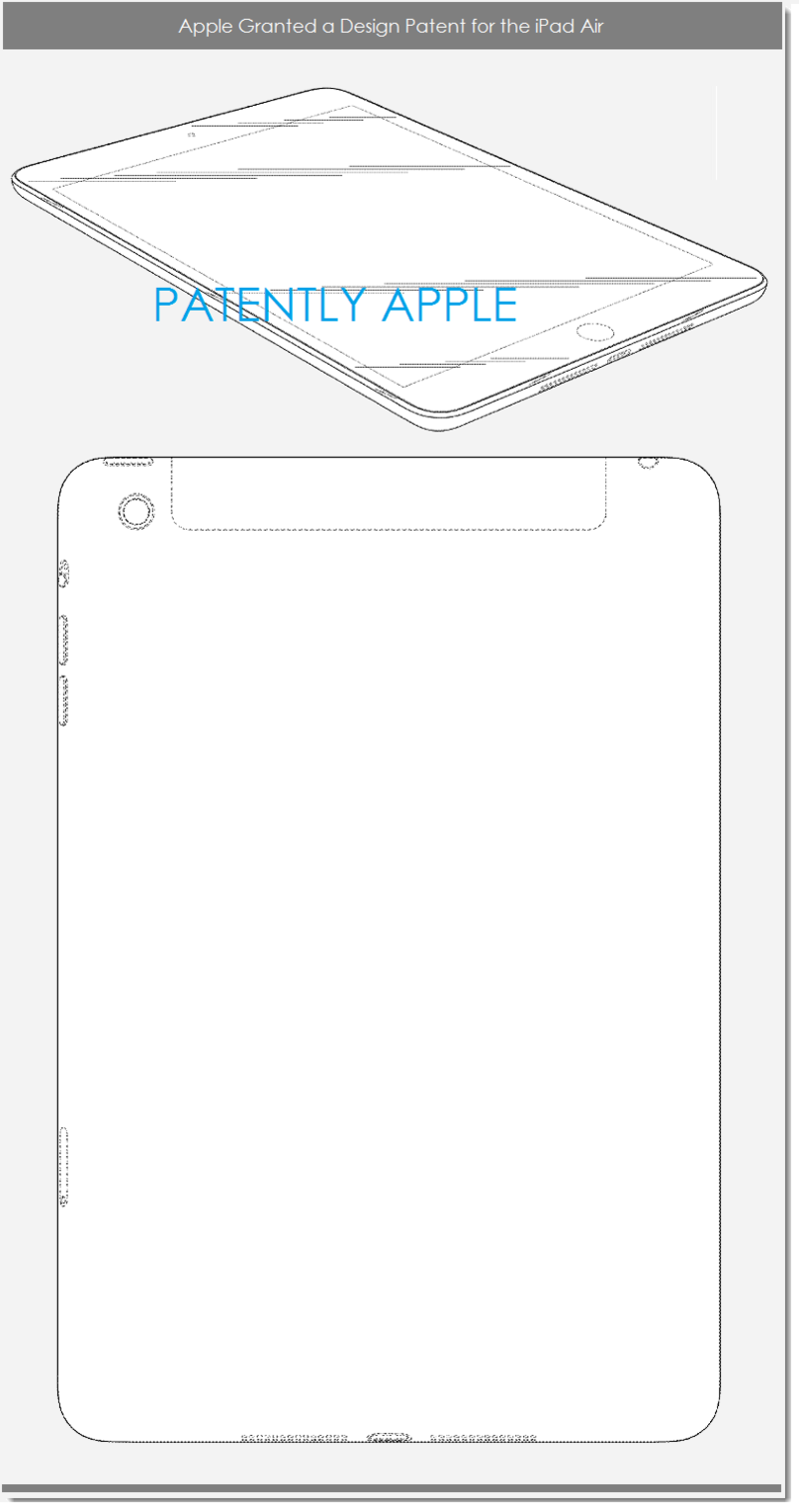 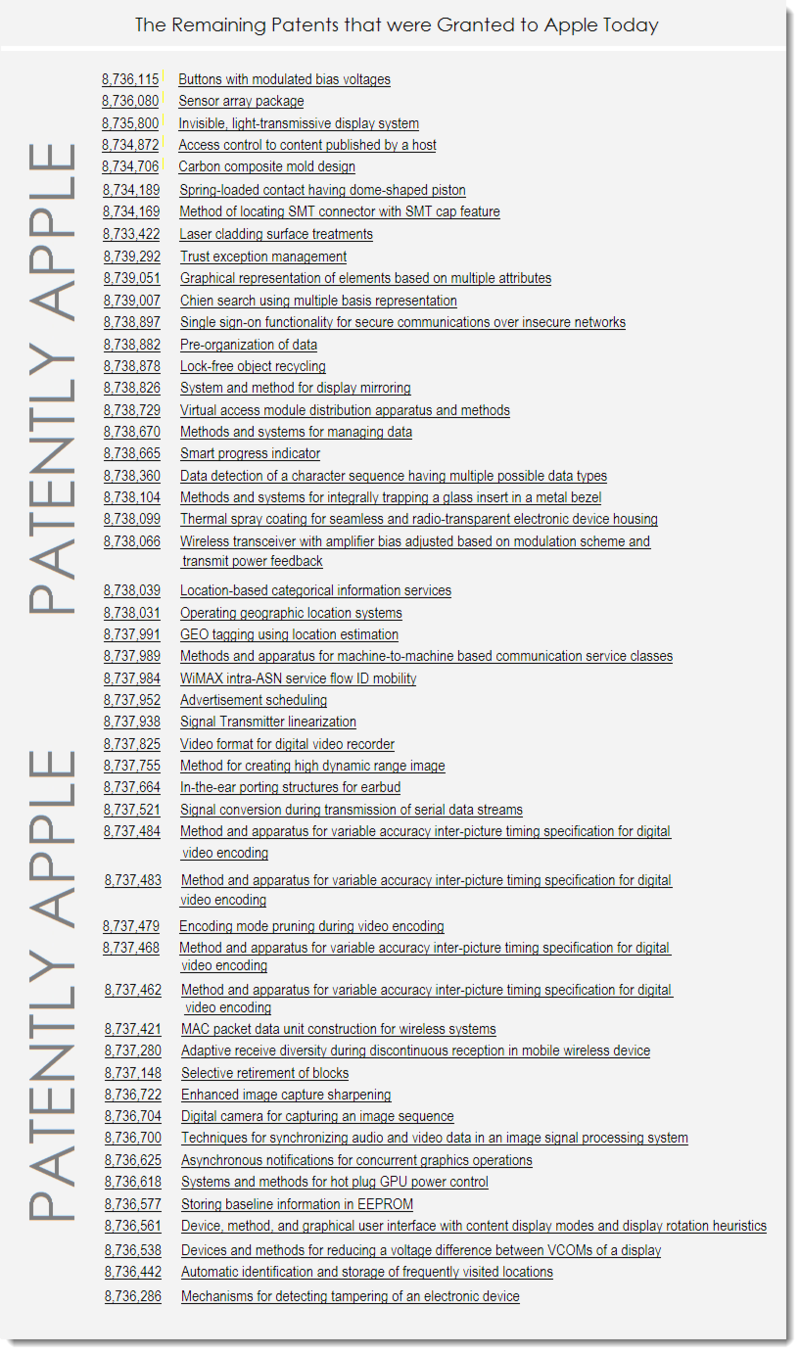