The US Patent and Trademark Office officially published a series of 38 newly granted patents for Apple Inc. today. In this particular report we cover a 2012 iPad and Smart Cover design patent clearly illustrating a set landscape connector and more. We also cover a compact iPod design that never made it to market and we wrap up this week's granted patent report with our traditional listing of the remaining granted patents that were issued to Apple today.

Apple was granted three design patents today covering the original iPhone, which lists Steve Jobs as one of the designers, a coil holder that's likely related to a retail stand at an Apple Store and an iPad with a smart cover.

The iPad Cover was introduced by Apple's late CEO Steve Jobs in 2011. What makes this 2012 design patent so unique is that we clearly see that the iPad model has a landscape connector port and supporting iSight Camera in Landscape mode.

Whether this design patent foretells of a future iPad model or one that was passed on is unknown at this time. Though it should be noted that an iPad with a landscape connector has surfaced multiple times in IP filings in late 2010 (one, two and three) and again in 2011. 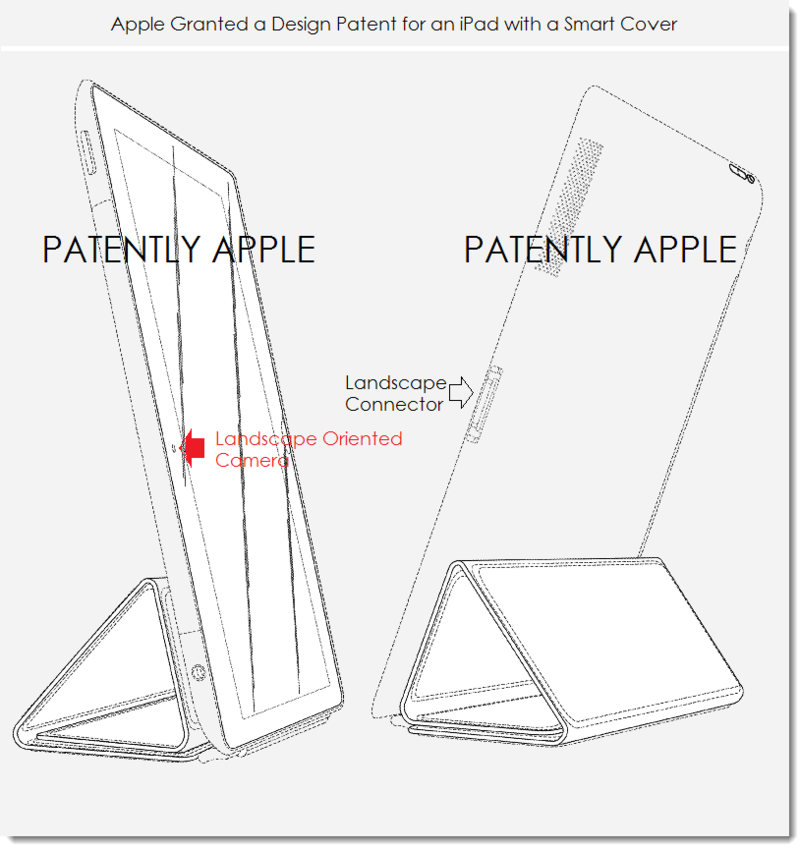 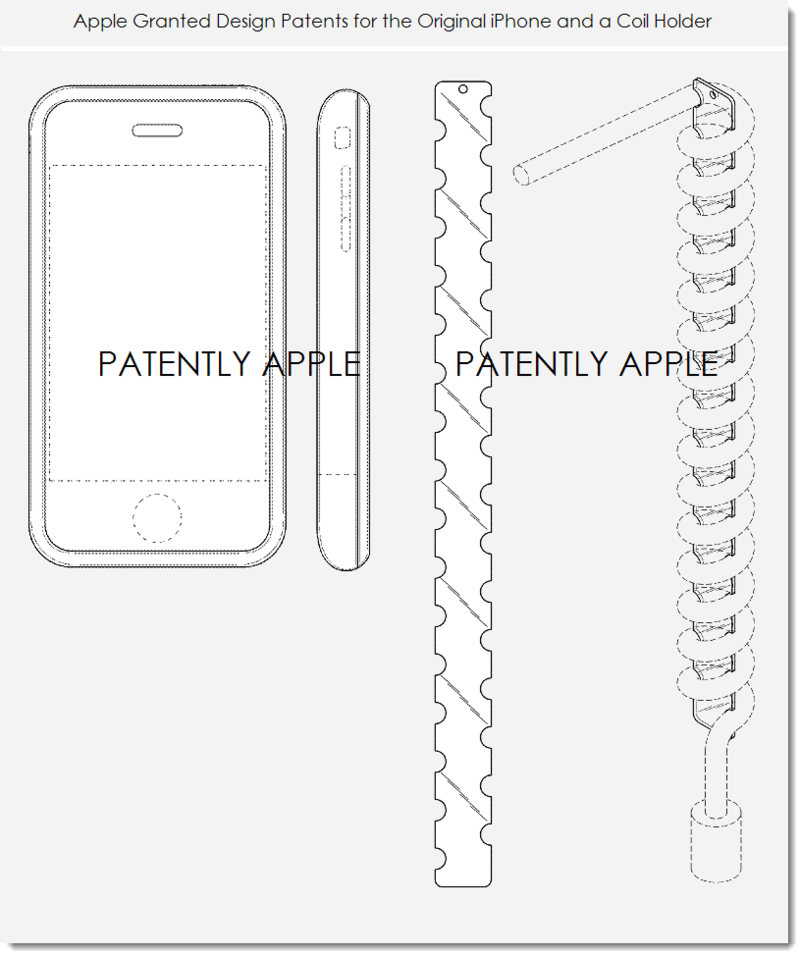 Apple has been granted a patent today for their invention relating to a compact media player/iPod that never made it to market. Although aspects of Apple's granted patent could apply to some of their current or future iPod models, the one that the patent figures supported as noted below never saw the light of day. The media player/iPod illustrated below clearly had a 3-button design. 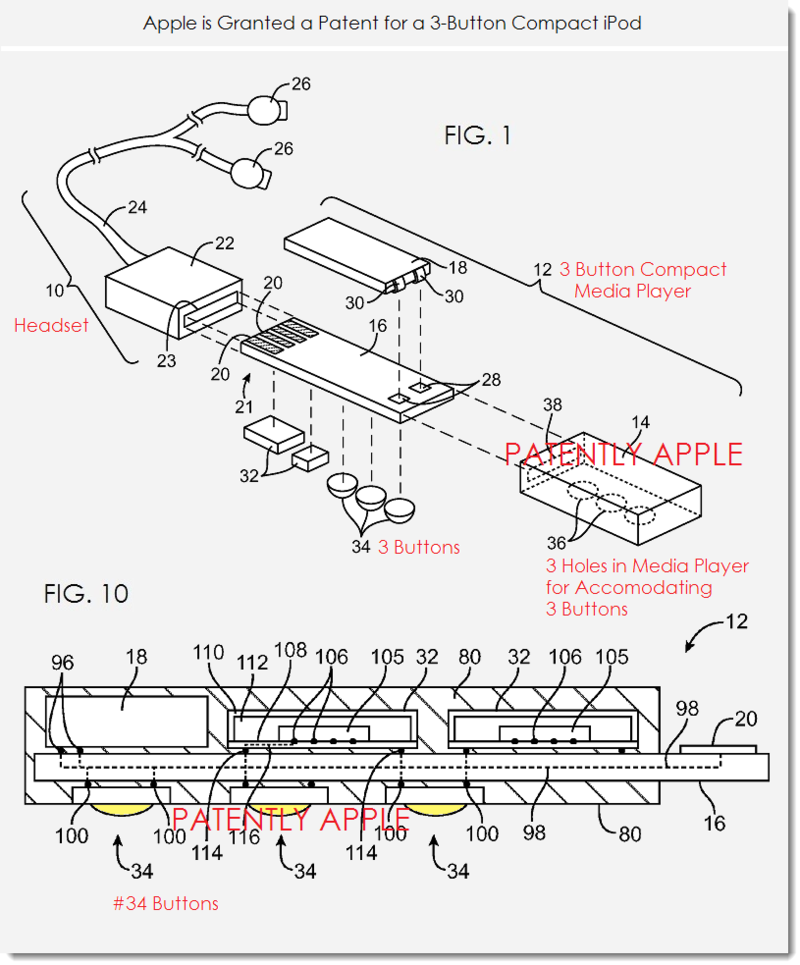 In and around the time of the patent application (2009), Apple had delivered the iPod shuffle that didn't have any buttons and wasn't received that well. Perhaps three clearly functional buttons would have been a better idea for the 2009 iPod shuffle – but that's now an opportunity that's long gone. 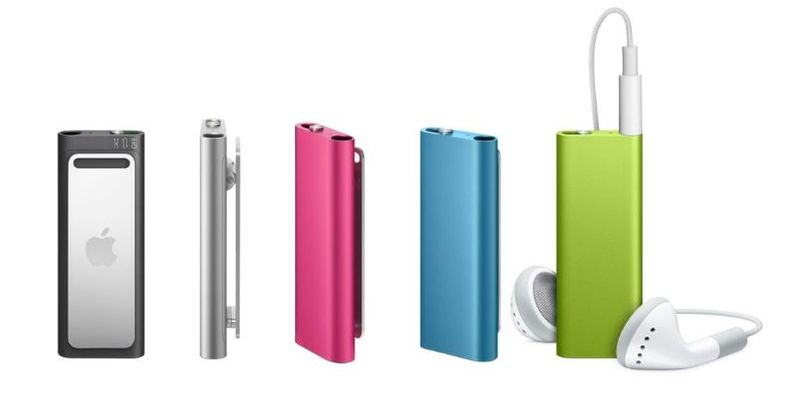 Apple credits Christopher Prest and Claudio Leo as the inventors of this granted patent which was originally filed in Q4 2009 and published today by the US Patent and Trademark Office. To review today's granted patent claims and details, see Apple's patent. 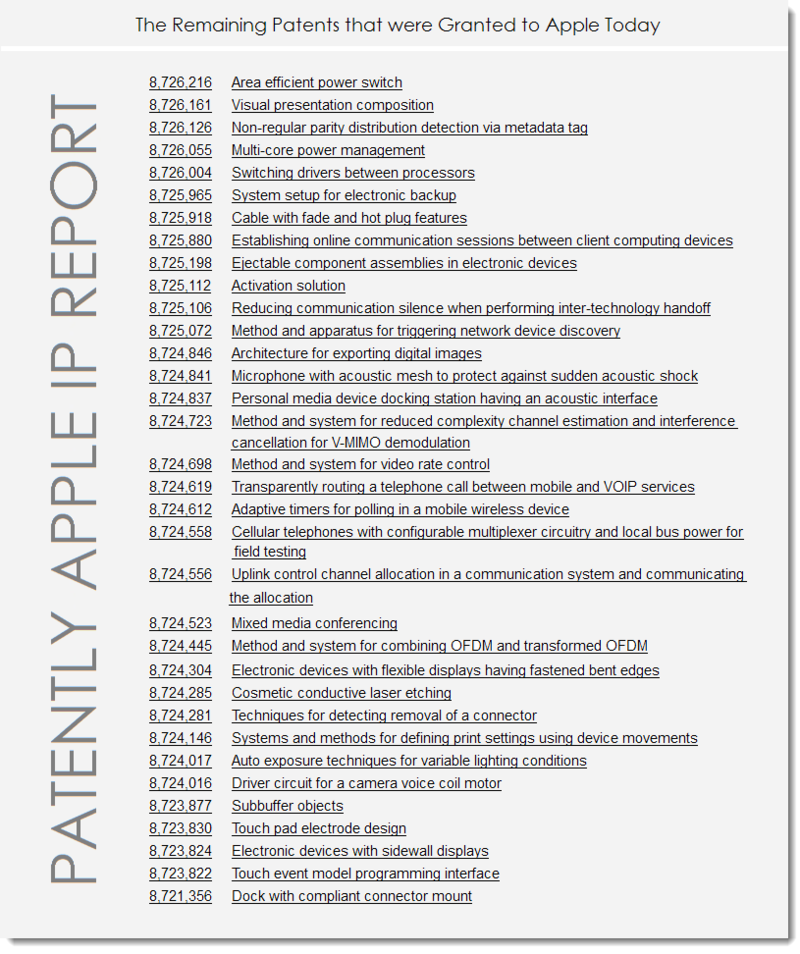