In March, Apple CEO Tim Cook issued a statement about a new book about the tech giant called, "Haunted Empire," saying that it was "nonsense" and failed to capture Apple or former CEO and Co-Founder Steve Jobs. Cook indirectly included the book's author Yukari Iwatani Kane as just being one of Apple's many doubters throughout the years. Today, Kane takes a kick at Tim Cook interestingly enough from a publication in Samsung's home turf of Korea. It actually makes one wonder if the timing of Kane's book wasn't purposely designed as a pre-trial publicity stunt by Samsung.

The CNBC email from Apple's CEO Time Cook is noted below in full.

Today, the Korea Times is all but celebrating Yukari Kane in an article titled "Apple should rather focus on innovation." In the report kane strikes back at Tim Cook by saying that "Tim Cook called my book 'nonsense.' I actually see it as proof that my book touched a nerve because Apple never comments on books. If it really was nonsense, why would he even bother?"

In my opening summary I stated that "It actually makes one wonder if the timing of Kane's book wasn't purposely designed as a pre-trial publicity stunt by Samsung." 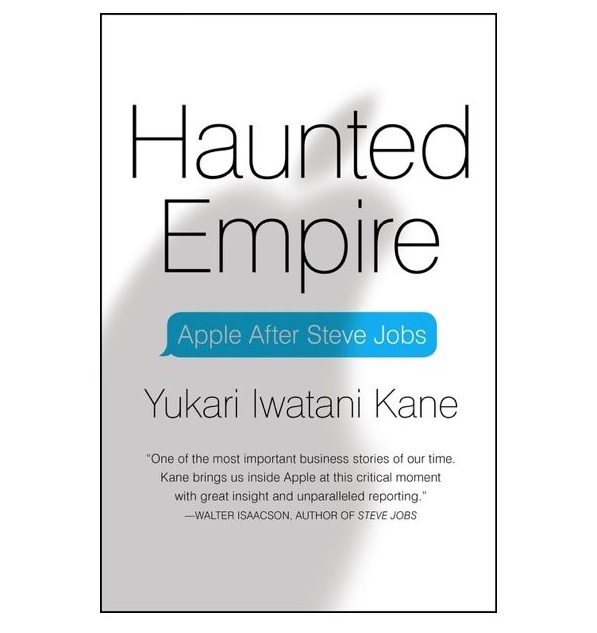 In this interview with the Korea Times, we see that Kane has magically decided to weigh in on the Apple-Samsung trial and lo and behold Kane is on Samsung's side. Oh, big revelation. Now in hindsight you have to say that the timing of Kane's book was a little too coincidental. In fact, on paper, it looks like it was a clever stunt to try and paint Apple in a negative light with potential jurors in the current Apple Samsung case.

In her interview, Yukari Iwatani Kane lashes out and states that "Apple's consistent claims that its design patents were copied by Samsung are rather 'excessive' and 'overblown.' Isn't that what Samsung's Attorneys have been saying, to a tee? Yes it is.

Kane continued by stating that "To be frank, I'm not sure what the purpose of the dispute is. It's not about the money, so it's about curbing competition. But even if Apple wins the next round of lawsuits, I don't know that it's going to make any difference to the markets. I doubt any consumer will say, 'I'm not going to buy the Galaxy because it's a copy of Apple."

Kane went on to echo another Samsung viewpoint: "I would've thought Apple's resources would be better spent focusing on innovating the next insanely great product that no one has."

Yukari Iwatani Kane's publisher contacted all top Apple news sites offering a free copy of the book in the hopes that we'd review her book. Many Apple sites did. After reading Kane's interview with the Korea Times, I'm glad that I passed on that freebie offer. It all now seems to have been perfectly timed to the Apple-Samsung trial as I noted earlier. Of course everyone involved will deny it and I'll never be able to prove it; but it's how I see it now. You can read the full interview here.

At the end of the day, what are your thoughts on Yukari Iwatani Kane's Korea Times interview and the timing of her book the "Haunted Empire"?