Samsung's Galaxy S5 is a Dud According to Korean Carriers 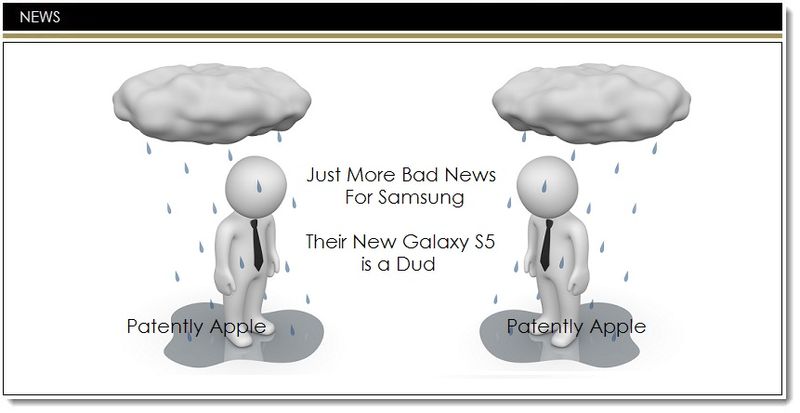 Late last week a news report from Korea delivered a blow to Samsung by exposing just how poorly their new Galaxy S5 is really selling. Considering that this is Samsung's home turf, if the Galaxy S5 is selling that badly, it's likely being mirrored around the globe. Our report will show you just how bad it is.

The Korean report states that Samsung's new flagship Galaxy S5 smartphone sold around 38,000 units a week since its official launch in Korea. That translates to only 5,500 units sold on average per day, which falls short of the initially estimated 7,000.

The units sold from March 27 to April 9 from the three Korean mobile common carriers, SK Telecom, KT and LG U+ translated to only being one tenth of the sales that Samsung's Galaxy S3 generated. That model sold approximately 50,000 per day in 2012.

While the report acknowledged that sales were beginning to pick up, it's just a fact that consumers' interest in the Galaxy S5 is considerably lower compared to other flagship models. The report went on to state that "another survey result indicated that Galaxy S5's sales for one week after release were smaller than those of Galaxy Note 3."

At the end of the day, it appears that Samsung's flagship didn't deliver anything worthwhile buying and those that got burnt with bad battery problems in the past still haunt Samsung's credibility. From the stats that the Korean report provided us with, the Samsung Galaxy S5 is turning out to be a dud. No wonder Samsung resorted to suing a local newspaper for an honest review of their latest smartphone. The truth really hurts.

The statistics found in Korea's etnews report were based on the top Korean mobile carriers reported numbers, which is solid evidence. I guess Samsung didn't like that report because magically the Korean Herald two days later reported that all was well with the Galaxy S5 sales. Yet the article never tells you of any source to back up that claim. I'll stick with the credible mobile carrier stats, how about you?