Open TV and Nagravision are Suing Apple over Apple TV

News from Zurich this morning states that technology group Kudelski said its OpenTV and Nagravision subsidiaries have filed a lawsuit against Apple in a court in northern California alleging the iPhone maker has infringed five U.S. patents. On March 28, 2010 OpenTV became a fully owned subsidiary of the NAGRA Kudelski Group – Nagravision.

The Kudelski Group is a Swiss company that manufactures hardware and software digital security and convergent media systems for the delivery of digital and interactive content. Its technologies are used in services and applications requiring access control and digital rights management for the monetization of digital media by content owners and service providers for digital television and interactive applications across broadcast, broadband and mobile delivery networks.

Patently Apple has found a case summary this morning on the case which was filed in the Northern California District Court in San Francisco late yesterday as noted below. No other details are available at that moment. 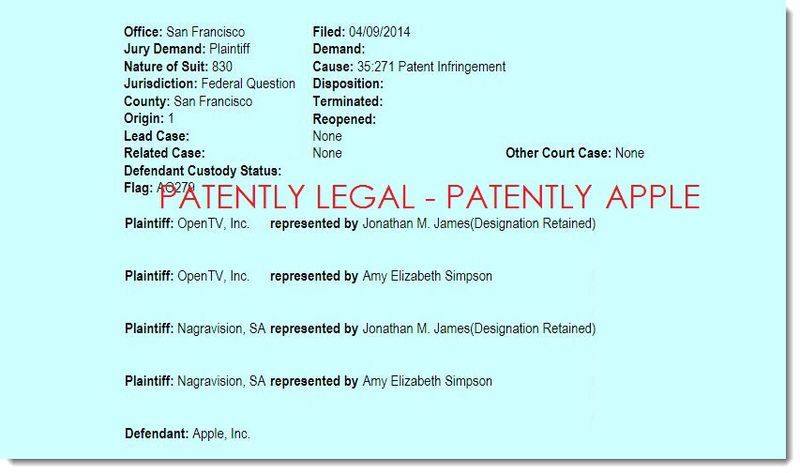 The only document available thus far also notes that the Presiding Judge in this case will be Nathanael Cousins.