Microsoft Reveals Cortana & Sets the iPhone in their Crosshairs 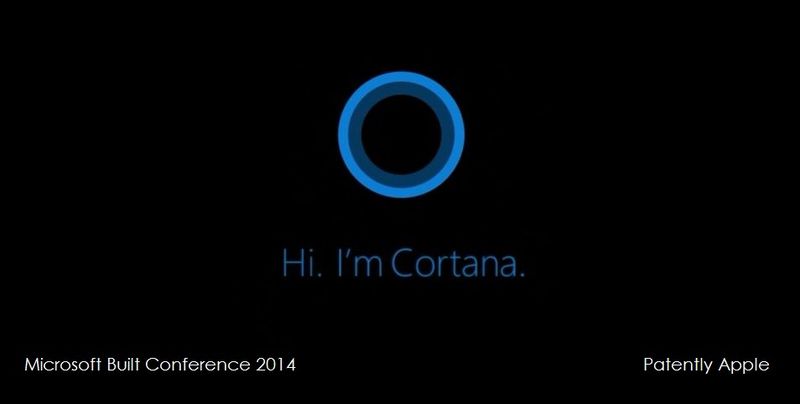 Last month we posted a report titled "Nokia Declares War on Samsung with Exciting New Android Smartphones at Stunning Prices." Today, at Microsoft's Build 2014 developer conference, we got a glimpse at their new Windows Phone 8.1 OS that will be introducing Cortana, their synthetic cousin to Apple's Siri. Yet the surprise that emerged from this event was Nokia's introduction of new Windows 8.1 smartphones that will start rolling out in the US this July. The new models, in my humble opinion, are squarely aimed at both Apple's iPhone 5S and 5C. This is definitely going up the ante for Apple's upcoming iPhone 6 due to debut this fall.

In this brief report, we simply highlight some of the features coming to Windows Phone 8.1 later this year and a few new phones from Nokia that deliver a few interesting twists that you might want to be aware of.

Cortana from the start will be able to work with data related to Window based phone for contacts, messaging, calendar, reminders, notes, alarms, music, places that you frequent and of course, search. Cortana was made available to the developers at the conference and so future apps taking advantage of Cortana will be rolling out later this year. A few apps will roll out shortly after the Build 2014 developer conference in progress this week to get the ball rolling.

Microsoft's Cortana was impressive … in the demo. Time will tell if Microsoft will deliver it right, but I think they will. To appreciate the features found in Cortana you have to see the demonstration for yourself which could be found here. 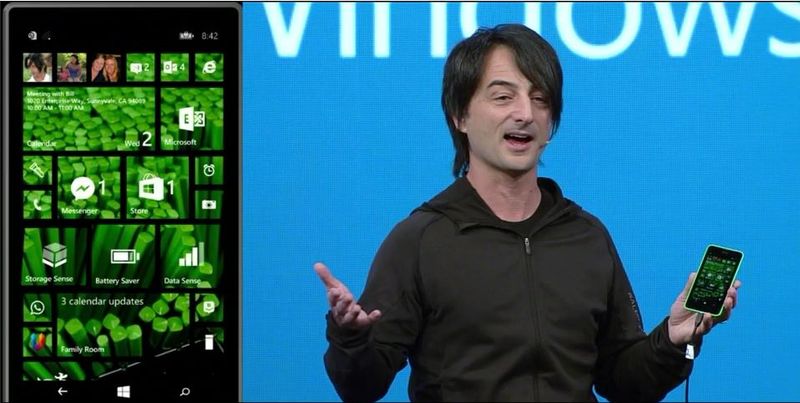 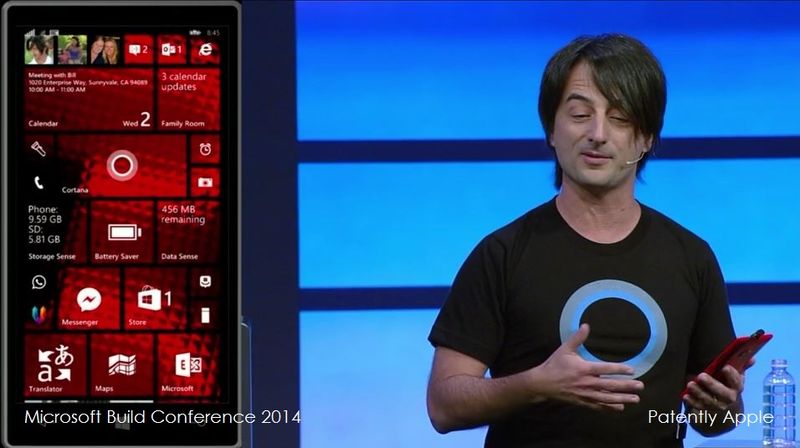 Microsoft's signature styled Windows Phones with crazy bright colored tiles has a new option for their users that might be appreciated. As noted in the two photos above, Microsoft introduced a new option of transparent tiles that will allow users to place any picture they want in the background. I think this will be a very popular option. Yes, it's even a little creative.

Other notable features presented today for Windows Phone 8.1 include WiFi Sense which is a quick and simple way of signing you into to free Hotspots without having to fill in any forms. It does all of that automatically. Anything the phone is missing it will ask you once and remember it for any new Hotspot sign in requirements in the future.

Next, live Phone calls can turn into Skype calls with just the press of a single button on the updated phone interface.

Windows Phone 8.1 will also introduce an updated version of their Word Flow keyboard that now uses "shape writing." This was demoed on stage and in a separate special video that accompanied the demo they showed off the speed of the updated keyboard which leap frogged the Samsung Galaxy S4 that was the previous record holder. I guess for "texters" this is a big deal.

Nokia Intro's the New Lumia 930 Aimed at the iPhone 5S 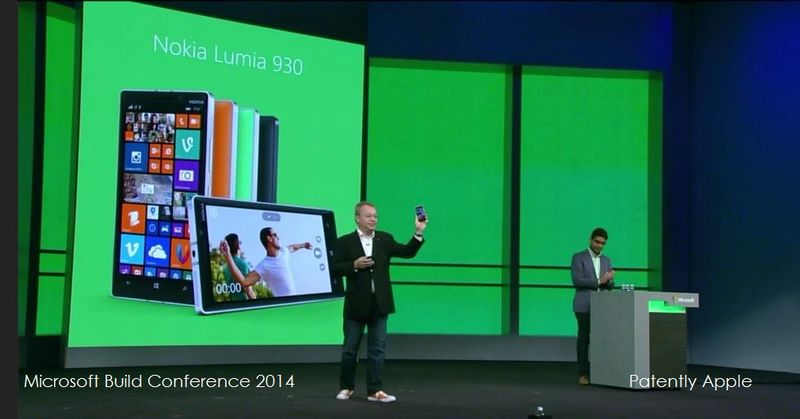 Next up was Nokia's Executive VP Stephen Elop who introduced the all new Lumia 930. The phone appears to be the Nokia-Microsoft phone that squarely targets the current iPhone 5S. 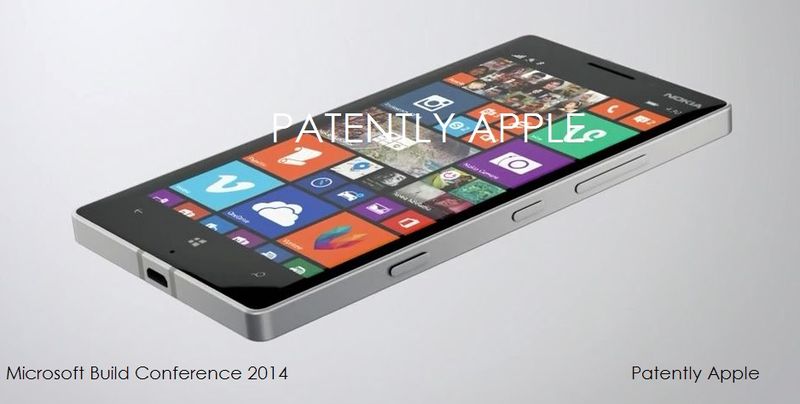 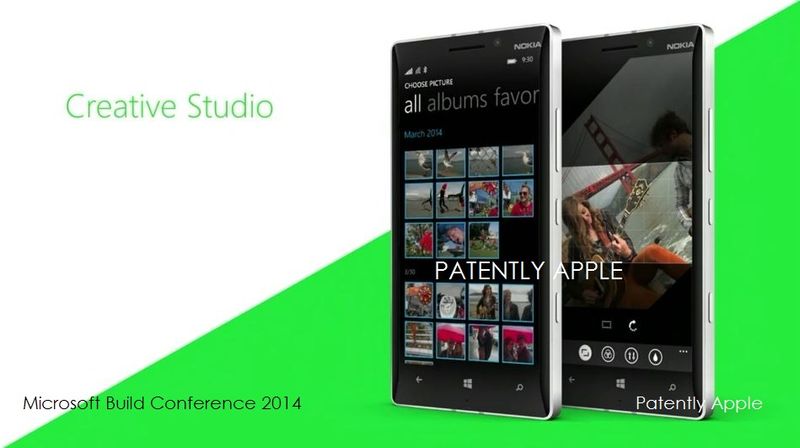 Nokia wants to now promote their phones with built-in apps to better compete with Apple's suite of free apps like iMovie and iPhoto. Elop introduced Nokia's all new "Creative Studio" video editing software along with an app called Storyteller with "Living Images" video creation capability. It's like an automatic video creation app of an event you have on file. It mixes still photos with video and music in your library to create an automated movie. It was interesting.

The new Lumia 930 will also include 4 high-end microphones that will allow you to capture incredible audio for videos at concerts or home movies.

The Lumia 930 will come with the latest and greatest Qualcomm 2.2 GHz Quad Core Snapdragon processor. It will go on sale globally in June. A slightly different phone model called the "Lumia Icon" will be coming to the US with similar specs as the 930 in and around the same timeline for about $600 before taxes and subsidies and so forth. 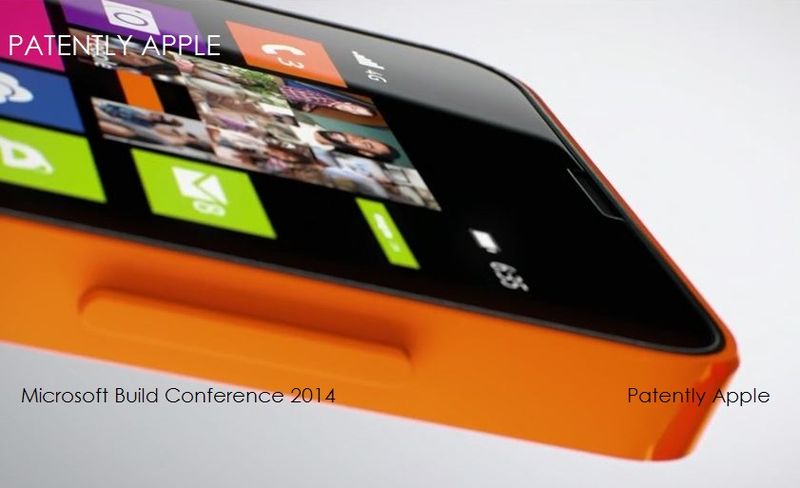 Elop also introduced the new Lumia 630 and 635 smartphone models with a video that was strikingly like Apple's iPhone 5C video with dripping plastic slowly forming the Lumia body. Who else has a video like that besides Apple? You know, the unapologetically plastic iPhone 5C.

And while the iPhone 5C has found a footing in the market, the new Lumia 630 seems to know its market better and will definitely make a huge impact on the market later this year. The new design includes a sharp 4.5 inch display, will come in 5 colors with inter-changeable shells. The Lumia 630 will come in two variants: a 3G single SIM Card model and a 3G with Dual SIM capabilities. The Lumia 635 will come with 4G LTE.

The Dual SIM cards will provide two SIM card interface tiles on the Windows Phone interface to be distinguished by red and orange tiles as note below. One is for business and one for personal use. So a phone call and/or a message could be set accordingly for either business or personal and always be separate with no possible overlap.

The user will be able to set their individual contacts to either SIM card as noted in the second image below. So you could set calling your girlfriend on personal and your work colleague to business. Once set, when you make a call manually or with Cortana, the call will be made using the right SIM card. This will definitely be loved by enterprise and professionals everywhere. 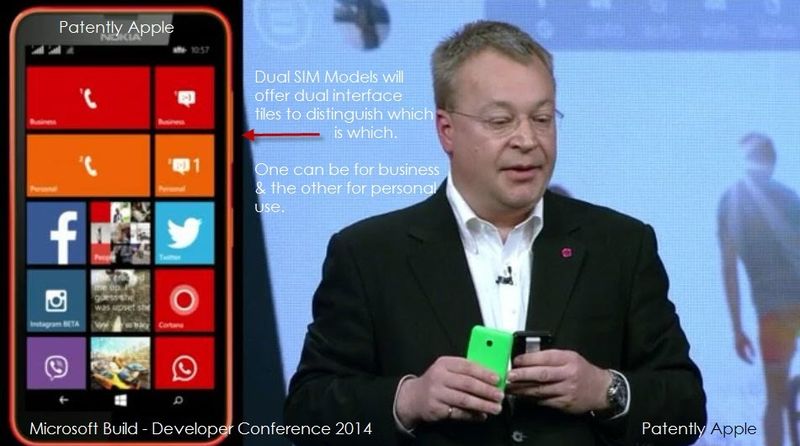 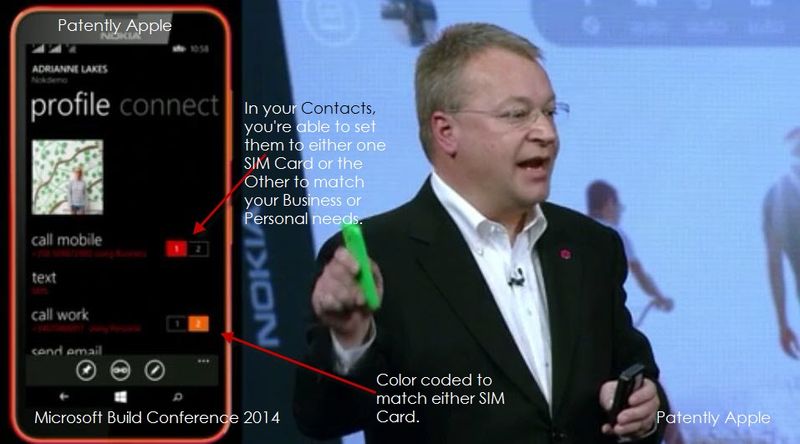 According to Elop, analysts are predicting 100 million dual SIM Card phones will be on the market by 2016 and so Microsoft is trying to get the lead in this emerging market opportunity.

Elop made a sales point that Cortana with the new Windows Phone 8.1 will be on the Lumia mid-range phones as well, unlike some companies that reserve their digital assistant to only be available on high-end phones.

Apple patents have mentioned a combination of SIM Cards but have never illustrated a dual SIM Card tray. Perhaps Apple will somehow combine cards into a single tray in the future, but that's still an unknown.

Now that I've seen how the Dual SIM Card could work on a phone, this is certainly something that Apple has to deliver a solution for going forward in order to compete in the enterprise space. 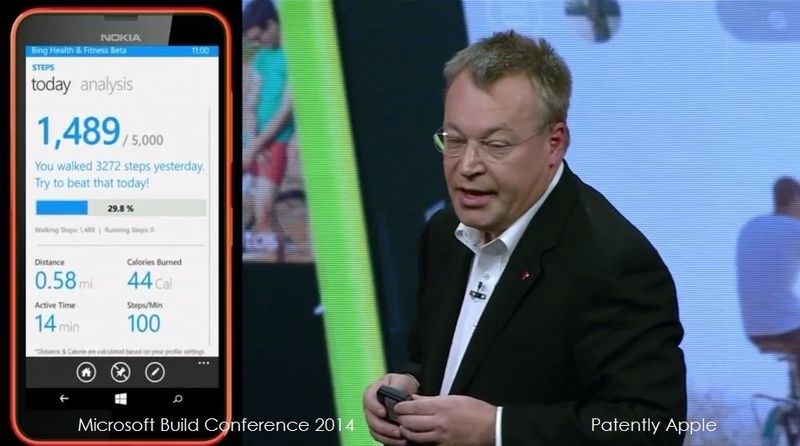 One last feature introduced was for the Lumia 630-635 lineup. Elop noted that Nokia's new phones, even at the very low, will get the benefit of the equivalent of an expensive fitness band or wearable device.

"What we are doing is introducing into these devices something new called Sensor Core. This is a very low power sensing capability that tracks motion and location. So now, people could use their Lumia to keep track of their steps and calories burned using a fitness application. You could even have this working when the Lumia is in your pocket or in your bag, it doesn't matter. This thing keeps track of your movements so that you can follow your improvements and your progress – built right into the device."

The Lumia 630 and 635 will go on sale in May with Windows Phone 8.1 operating system starting in emerging markets and ending up in the US by sometime in July. 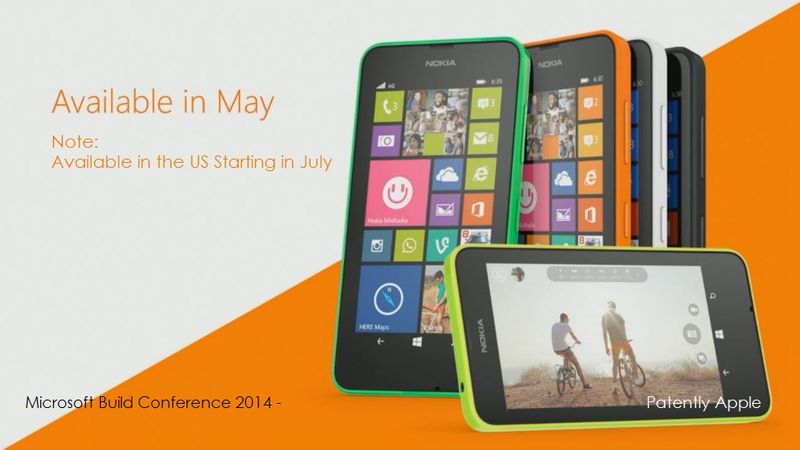 The Lumia 630 will start around $160 and the 635 model at around $190 for the 4G LTE model with dual SIM Card but could vary depending on operator costs and taxes. That's going to be one competitive device.

It's quite evident that in the second half of this year, once Nokia is officially under Microsoft's control – they're going to declare war on Samsung with their new Nokia X lineup and Apple with the new Lumia 930 and 635 models. The new Lumia designs and pricing are very aggressive. Microsoft will simultaneously be attacking the market with new Window Phone partners as noted below.

I think we're going to see an all-out smartphone war this fall like no other year in the past. With Microsoft actually stepping up to the plate with Windows and Android phones, this is going to make things very interesting. The pressure on Apple to hit a grand slam homerun this fall with the iPhone 6 is going to make for a very, very exciting show; Probably the most important event in a long time. I can't wait. How about you?

One More Thing: Windows OS is Free for Devices with Devices Under 9 Inches

Just in case you didn't get the message that Microsoft wants into the mobile space in a bigger way in 2014, Microsoft announced that Windows 8.1 will be free to OEM's designing devices with displays under 9 inches.