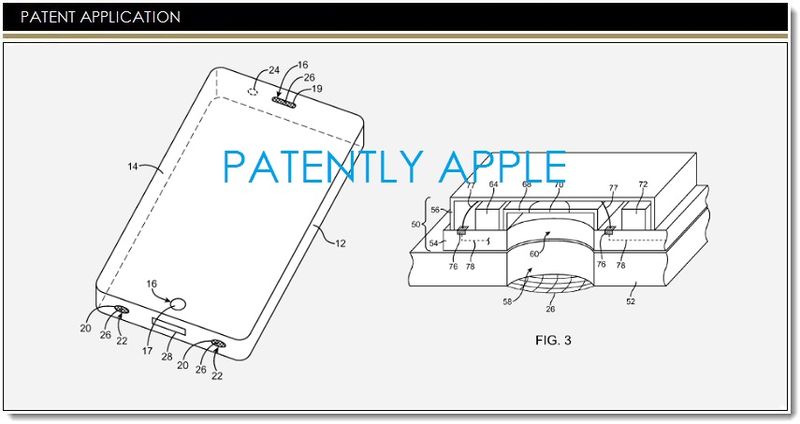 On April 24, 2014, the US Patent & Trademark Office published a patent application from Apple that reveals new environmental sensors may be considered for future iDevices relating to measuring temperature and humidity.

In a second patent on this subject matter Apple states that "Sensor circuitry may include ambient light sensors, proximity sensors, or other environmental sensors such as a pressure sensor, a temperature sensor, a humidity sensor, an accelerometer, a gyroscope, and other circuitry for making measurements of the environment surrounding the iDevice.

In Apple's patent FIG. 3 below we're able to see a cross-sectional side view of a portion of a device with a button to activate the environmental sensor. 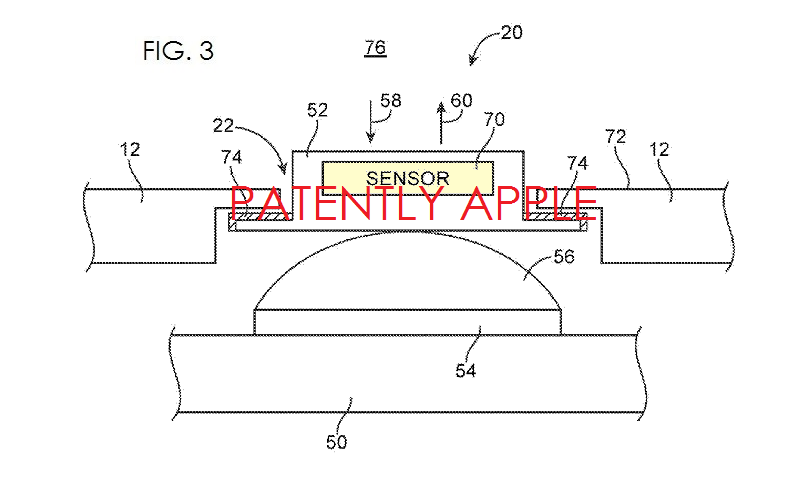 For more details on this patent application click here and here