Last week we posted a report titled "Apple Reveals an Oleophobic Coating on Sapphire Process for iDevices that may Incorporate Liquid-Metal." The week prior we reported that Apple revealed laser cutting techniques for processing sapphire. The wave of sapphire related patents continues for the third straight week with one titled "Continuous Sapphire Growth." Apple's patent application relates to sapphire growth and, more particularly, to systems and methods for continuous sapphire growth.

Corundum is a crystalline form of aluminum oxide and is found in various different colors, all of which are generally commonly referred to as sapphire except for red corundum which is commonly known as ruby and pinkish-orange corundum which is known as padparadscha. Transparent forms of corundum are considered precious stones or gems. Generally, corundum is extraordinarily hard with pure corundum defined to have 9.0 Mohs and, as such, is capable of scratching nearly all other minerals.

Another embodiment may take the form of a system for continuous sapphire growth including a vertical growth chamber and a crucible positioned within the growth chamber. 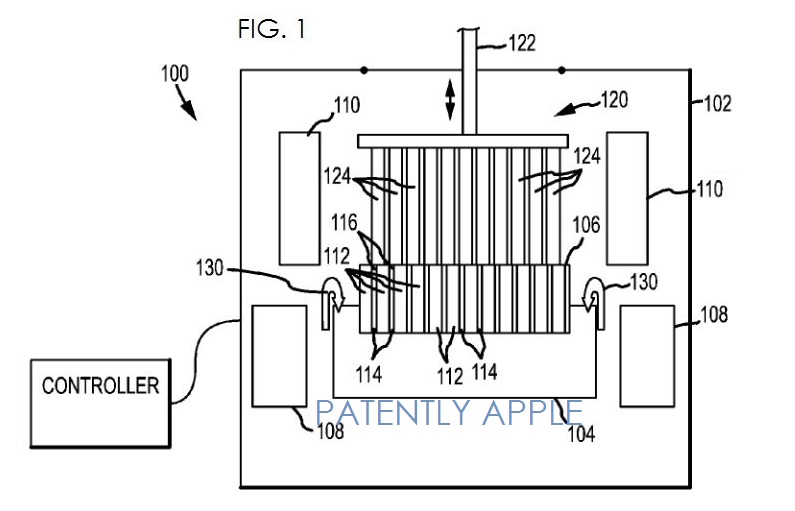 Apple's patent FIG. 2 is a top-down view of a crucible of the continuous growth system of FIG. 1 showing inlets for continuous feeding of alumina. 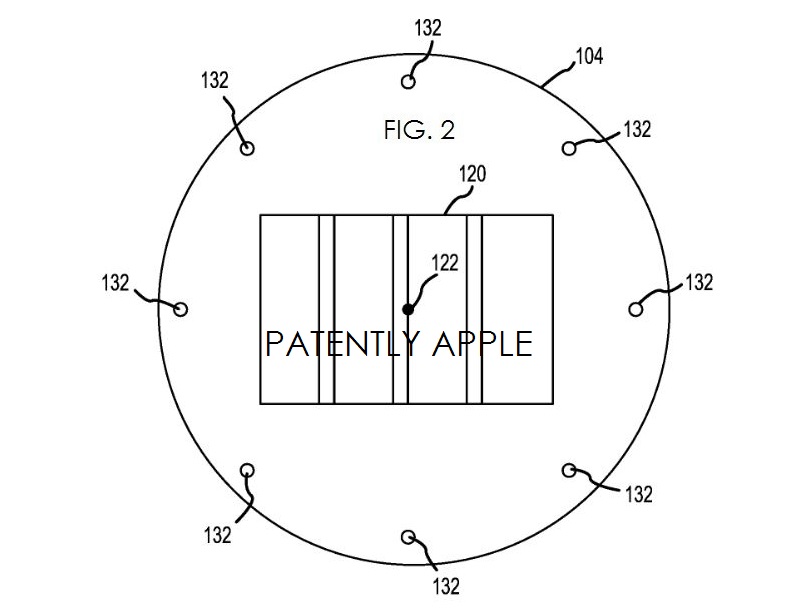 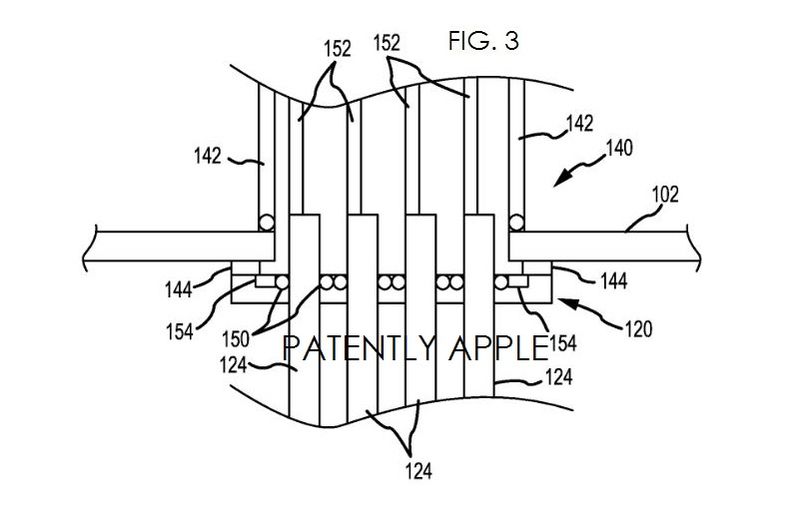 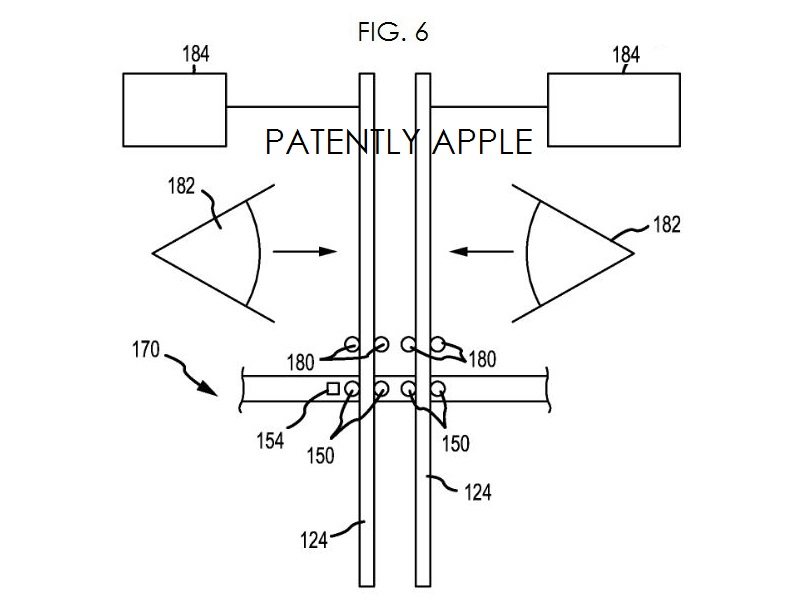 Apple's patent FIG. 7 illustrates a portion of a crystal ribbon having defects. 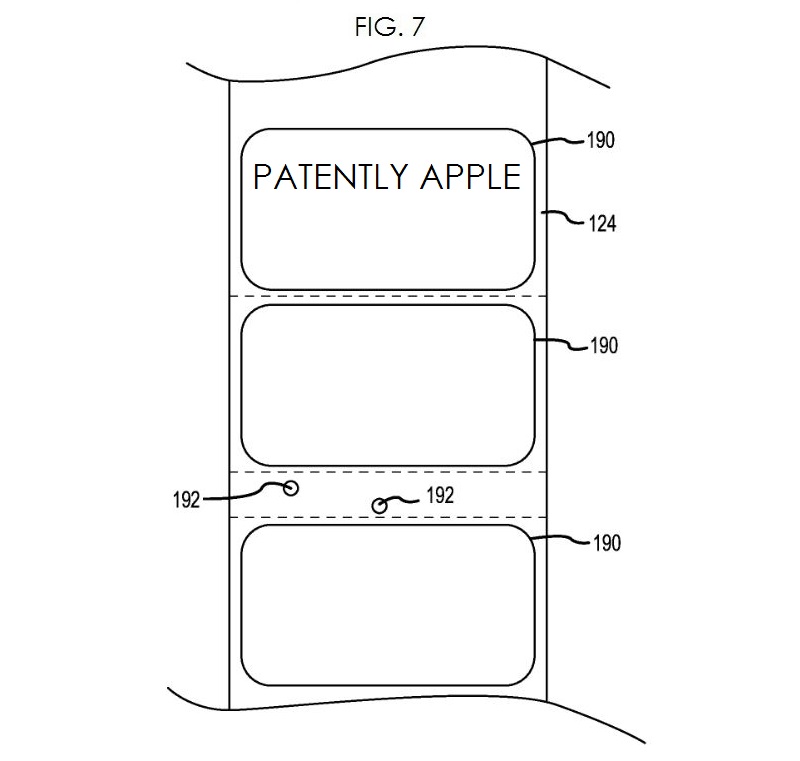 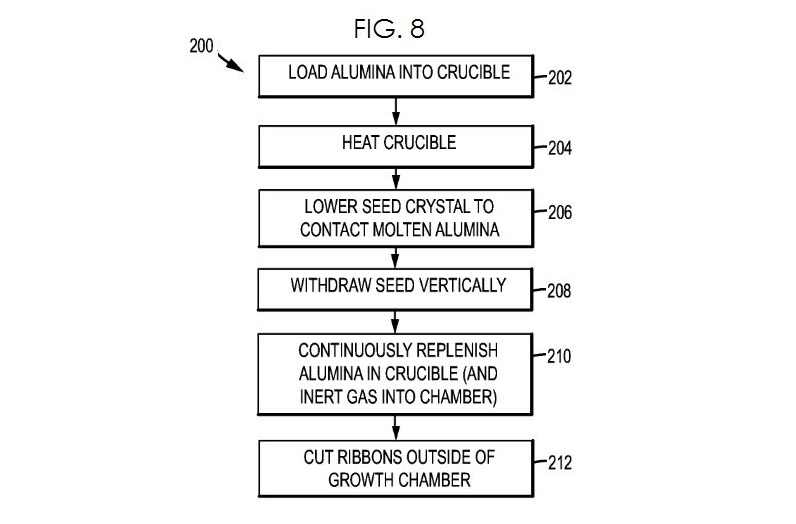 Apple credits Dale Memering and Scott Myers as the inventors of patent application 20140090592 which was originally filed in Q3 2012. Considering that this is a patent application, the timing of such a product to market is unknown at this time. However, in this case, Apple is likely using this invention in their new Sapphire plant in Arizona.

Some of the patent graphics presented in our report may be updated later today with finer details.