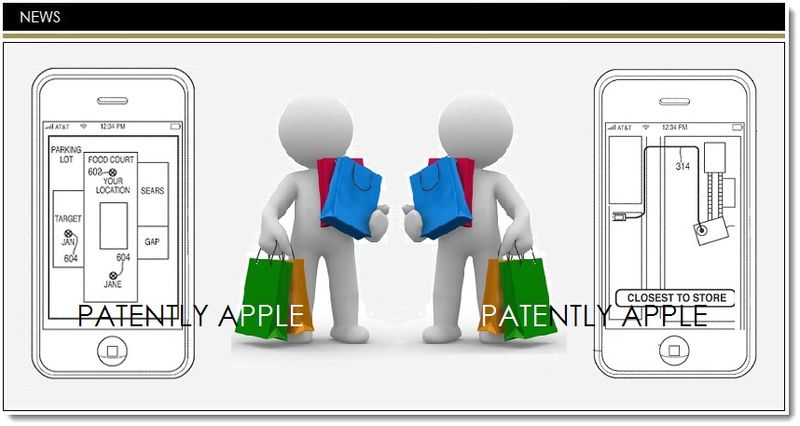 On Monday we reported that Apple's iBeacon was ready for the Minnesota's Twins game opener. As we noted in our report, Major Legal Baseball has installed iBeacon at 20 of their 30 stadiums including San Francisco. It was also announced just yesterday that Apple's iBeacon will be debuting at a stadium in Australia this weekend. In January Forbes noted that Apple's iBeacon was the future of mobile shopping and noted that iBeacon based mobile shopping had kick started this past January in more than 150 U.S. Giant Eagle and Safeway supermarkets. Today, a brief overview of a new ABI study claims that iBeacon technology could break 30,000 indoor location installations by the end of the year.

One of ABI Research's latest published studies was published today concerning iBeacon related technologies. According to ABI, 2014 is shaping up to be a breakout year for indoor location technologies in retail environments, as early adopters enter the final year of the three-year technology adoption cycle, shifting from trials to full-scale deployments.

Furthermore, BLE/iBeacons is creating a wave of second generation start-ups in this space that will help to drive new growth and use cases across all major verticals. Combined, this is expected to result in over 30,000 indoor location installations in 2014.

In the latest edition of ABI Research's quarterly Market Data "Location Technologies", forecasts for the adoption and resulting revenues for all indoor location technologies are provided across over 11 major retail verticals.

Senior analyst, Patrick Connolly comments, "We can clearly see major grocery and pharmacy chains really pushing towards this technology. These are very competitive verticals, which can benefit significantly from identifying and targeting loyal customers. Both already have large loyalty and advertising/offers deals in place and from a practical point of view, in-store items can be difficult to find. All of this makes indoor location a perfect fit."

It's interesting to note how other verticals are looking at using the technology. In the fast food space, where indoor location was not originally envisioned as having major success, a small percentage improvement in queue lengths can translate into millions of dollars. A number of chains are now trialing the technology purely for that purpose, such as Burger King, Starbucks, Taco Bell and others.

VP and Practice director Dominique Bonte adds, "With a number of initial trials now moving into full deployments, what we are seeing is broad regional and vertical adoption. The arrival of low-cost BLE beacons and Wi-Fi solutions will help to catalyze adoption in 2014, removing many of the CAPEX barriers that exist. We are now seeing these technologies posing a major threat to the traditional RTLS market, with a number of hospitals and corporate/enterprise customers assessing BLE to see if it can meet their requirements." Yet some in Europe aren't buying into iBeacons. They're already trying to frame it as the NSA for Shopping.

Going back to shopping for a moment, a company by the name inMarket is deploying the world's first multi-retailer iBeacon platform. The Mobile to Mortar iBeacon platform is enabled by a virtually invisible beacon the size of a quarter that uses Bluetooth to enable location based experiences. InMarket works with over 100 brands across its platform of 20 million shoppers. The video below explains their service further. Their video is iPhone centric.

For the record, Apple has filed several trademark applications for iBeacon including a logo and/or icon with the US Patent and Trademark Office in the last several months, with the latter having been published this past Monday.

Patently Apple first covered one of Apple's patent-pending inventions related to indoor tracking shopping services back in August 2010 in a report titled "Apple Working with Shopping Centers to Jazz up Sales." 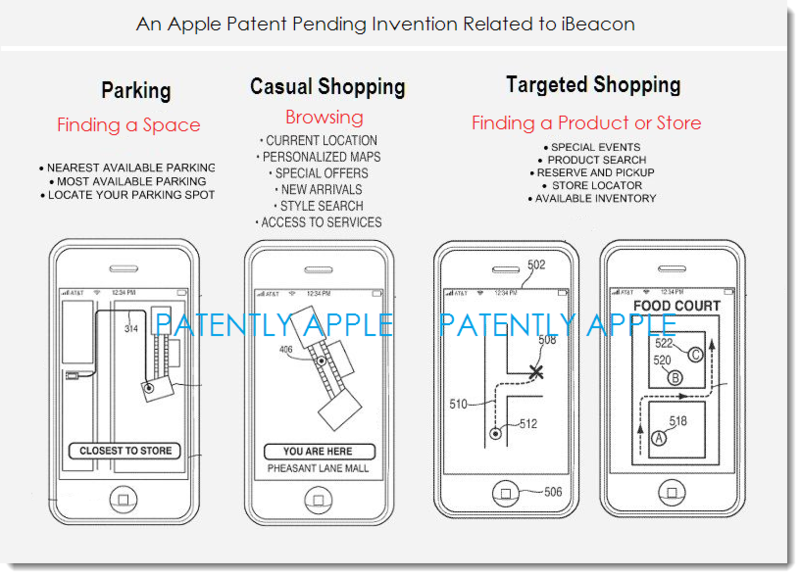 While we're hearing a lot about the hardware and installations related to iBeacon, Apple has been hard at work on a future iPhone application related to indoor location tracking. Back in 2010, we didn't have the "iBeacon" commercial name for it, but Apple was definitely discussing it before our eyes.

While ABI's study overview was interesting to read, they seemed to go out of their way to deny giving Apple their due credit when it comes to iBeacon, so I decided to make it clear that it's likely that the majority of the estimated 30,000 installations will be linked to Apple's iBeacon and the linking applications for the iPhone.

Apple, who began to rock the retail market in January, has a lot more up its sleeve regarding iBeacon in the coming months and years ahead. Who knows what Apple's retail superstar Angela Ahrendts is thinking of these days? But something tells me we'll know soon enough.

About Making Comments on our Site: Patently Apple reserves the right to post, dismiss or edit any comments. Comments are reviewed daily from 4am to 8pm MST and sporadically over the weekend.