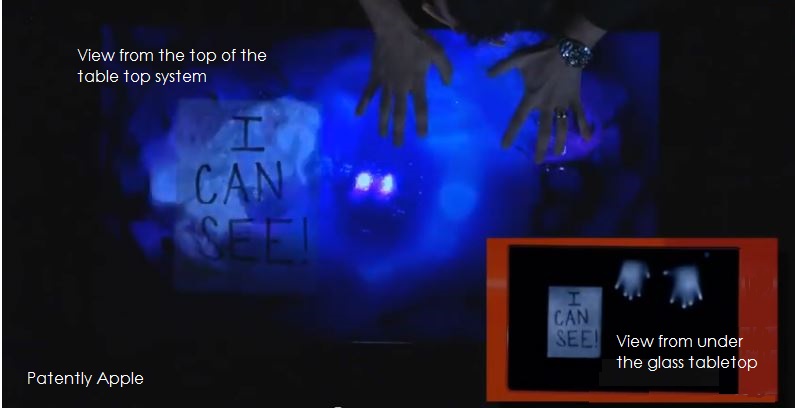 On April 3, 2014, the US Patent & Trademark Office published a patent application from Apple that reveals their work on next generation multitouch technology that uses FTIR (Frustrated Total Internal Reflection) and capacitive sensing. It's much like the technology that Microsoft calls PixelSense. It's a technology that could sense different pressure levels which could be used for an on-screen gaming controller. If you want speed, just push harder on the display and the car will accelerate. It may also be used for future virtual reality applications. With Apple's recent acquisition of PrimeSense, Apple definitely has something big that they're working on for 3D gaming and/or other advanced applications.

Apple states that their invention relates to detecting force and touch using what is called "frustrated total internal reflection" (FTIR) and capacitive location. FTIR is a name used by the multi-touch community to describe the multi-touch methodology developed by Jeff Han (Han 2005).

Apple acknowledges that "Light can also be scattered by the touch, which might also provide a source of information about the touch. For example, a tabletop touch product called "Surface", marketed by Microsoft Corporation of Redmond, Wash., includes an FTIR tabletop, with cameras mounted behind it that detect light refracted by pressure." The video below brings this point to life.

Another source of information about this type of multitouch technology could be found here.

Multiple Reflection Detectors: Apple's patent FIG. 4A noted below shows us a conceptual drawing of a first pattern of infrared transmitters and receivers. 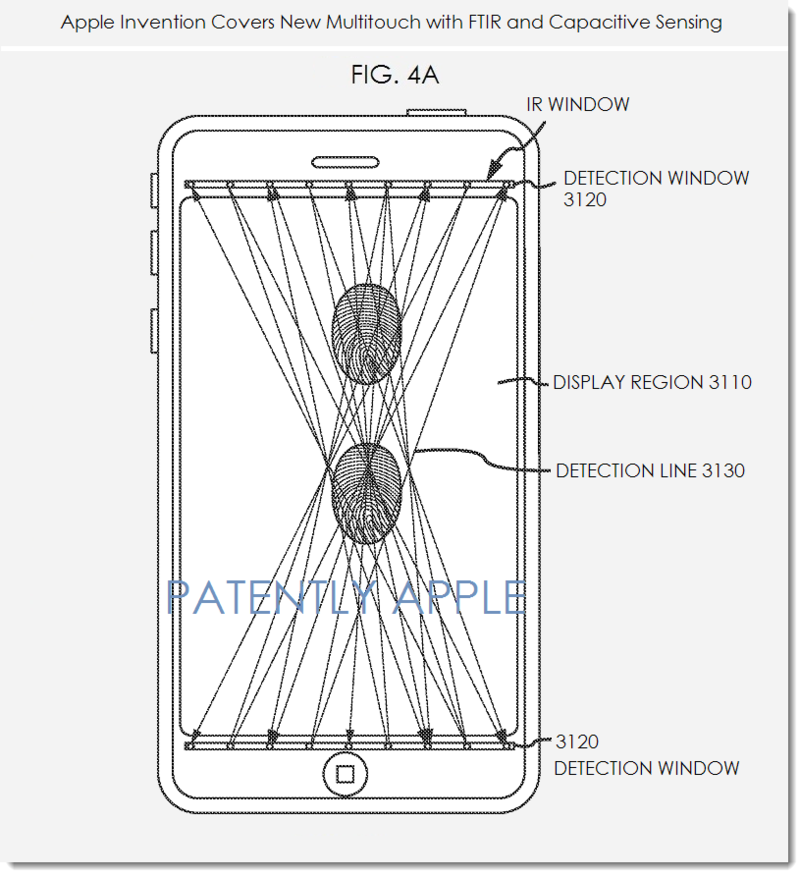 Apple notes that the new multitouch technology could apply to a wide range of devices such as an iPhone, iPad, iPod, iMac, MacBook Pro/Air, peripheral devices and beyond.

Apple states that this new multitouch technology would make it advantageous for the user to be able to indicate an amount of force applied when manipulating, moving, pointing to, touching, or otherwise interacting with, a touch device.

Apple's patent also gives me the impression that this new multitouch technology could also be used for a future version of Touch ID for multi-finger fingerprint Authentication?

Apple's patent application is steep in technical and for those wishing to explore it, check out patent application 20140092052 which was originally filed in Q3 2012. Apple credits Martin Grunthaner, Peter Richards, Romain Teli and Steven Hotelling.

There were a number of display related patent applications published today by the US Patent and Trademark Office. Here are few that you check out: