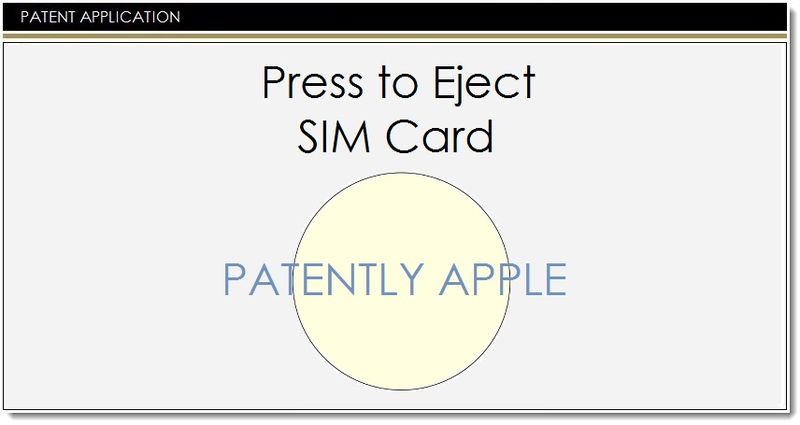 On April 03, 2014, the US Patent & Trademark Office published a patent application from Apple that reveals a simple yet sophisticated next generation SIM card tray ejection system. The system is activated on a future iOS touchscreen UI virtual button. The new system adds a new level of security for SIM cards which will be important as future iDevices may support bank related SIM cards for credit and/or debit.

Many devices these days include one or more removable entities, such as a subscriber identity module ("SIM") card, that store information used (e.g., by a wireless network operator) to identify a subscriber of the device.

Such devices include mobile telephones, tablet devices, computers, and other electronic devices. Oftentimes, an owner of a device may desire to eject a removable entity from the device (e.g., when sending the device in for repairs or traveling to a foreign country that supports the storage medium, but not the device). However, typical devices employ removable entity ejection systems that require the user to perform a manual action (e.g., inserting an ejection tool into the device), which may be disadvantageous. For example, during a manual ejection procedure, the user may damage the removable entity or even the device.

Apple's patent FIG. 9 noted below is a front view of an iPhone presenting a display screen that includes an option for ejecting a removable entity such as a SIM card tray; Apple's FIG. 10 shows us a flowchart of an illustrative method of ejecting at least one removable entity from an electronic device. 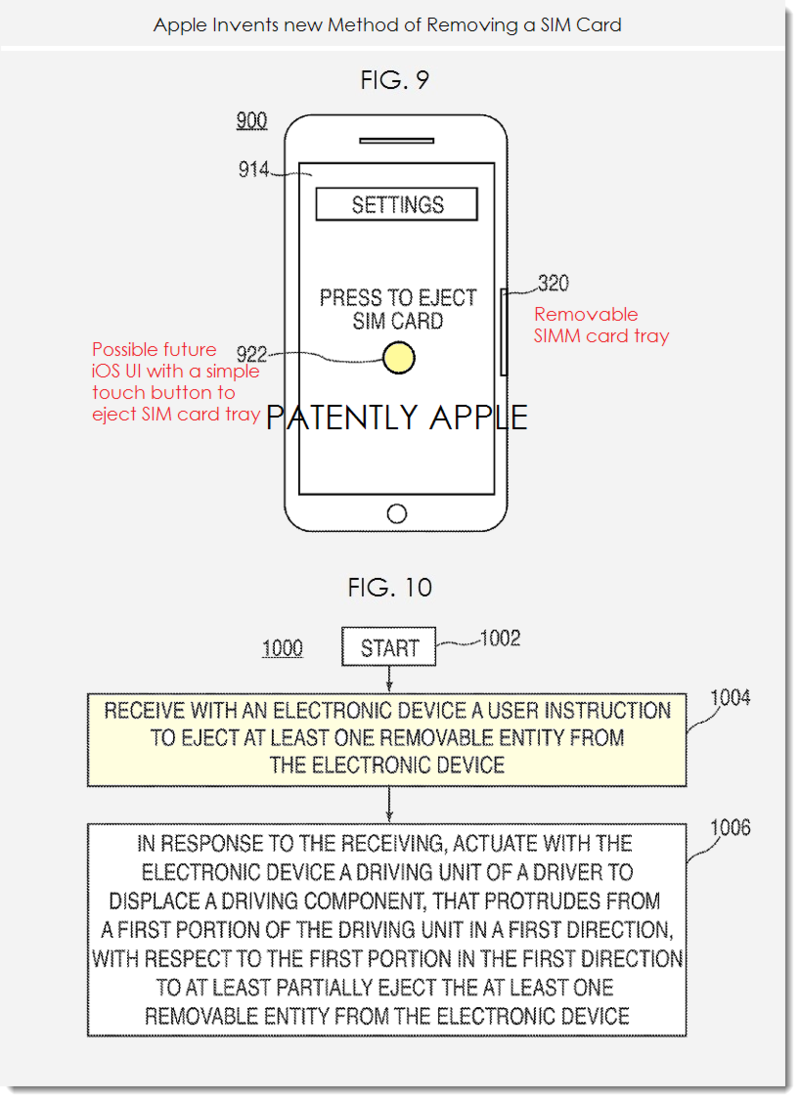 The rest of the patent application greatly details the mechanics of the new SIM card tray system. For instance, in patent FIG. 7A we're able to see is a plan view of an alternative removable entity ejection system, in a first state; Patent FIG. 7B is a plan view of the alternative removable entity ejection system of FIG. 7A, in a second state. 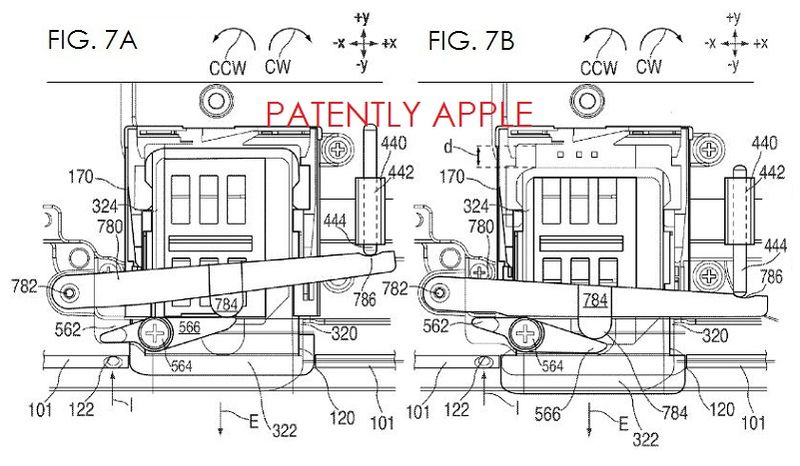 Apple credits Piotr Trzaskos and Simon Kao as the inventors of patent application 20140092571 which was originally filed in Q3 2012. Considering that this is a patent application, the timing of such a device feature coming to market is unknown at this time.