On Tuesday morning, Apple and Samsung set out their opening arguments in the beginning of this next patent infringement case between the two companies. Apple claims that Samsung has sold 37m smartphones and tablets that copy its designs and that it is due more than $2bn in damages. Samsung responded with a new line of argument by accusing Apple of launching an "attack on Android."

Just as in the 2012 case, counsel for Apple began by accusing its Korean rival of "massive" intellectual property infringement, and positioning its flagship smartphone as a device that reshaped an industry with a range of innovations.

An eight-person jury in the San Jose, California courtroom was shown internal Samsung emails that suggested the company experienced a "crisis of design" in its competition with the iPhone. The documents were also previously shown in the 2012 trial.

Harold McElhinny of Morrison Foerster, Apple's attorney, began by taking the jury back to the launch of the first iPhone, asking: "Where were you on January 9th 2007?"

Playing video clips of Apple's late co-founder Steve Jobs unveiling the iPhone on stage in San Francisco, Mr. McElhinny argued for the "dramatic changes", such as its touchscreen user interface, which the device introduced. As Steve Jobs framed it, a "Revolutionary UI" – interplay of hardware and software. 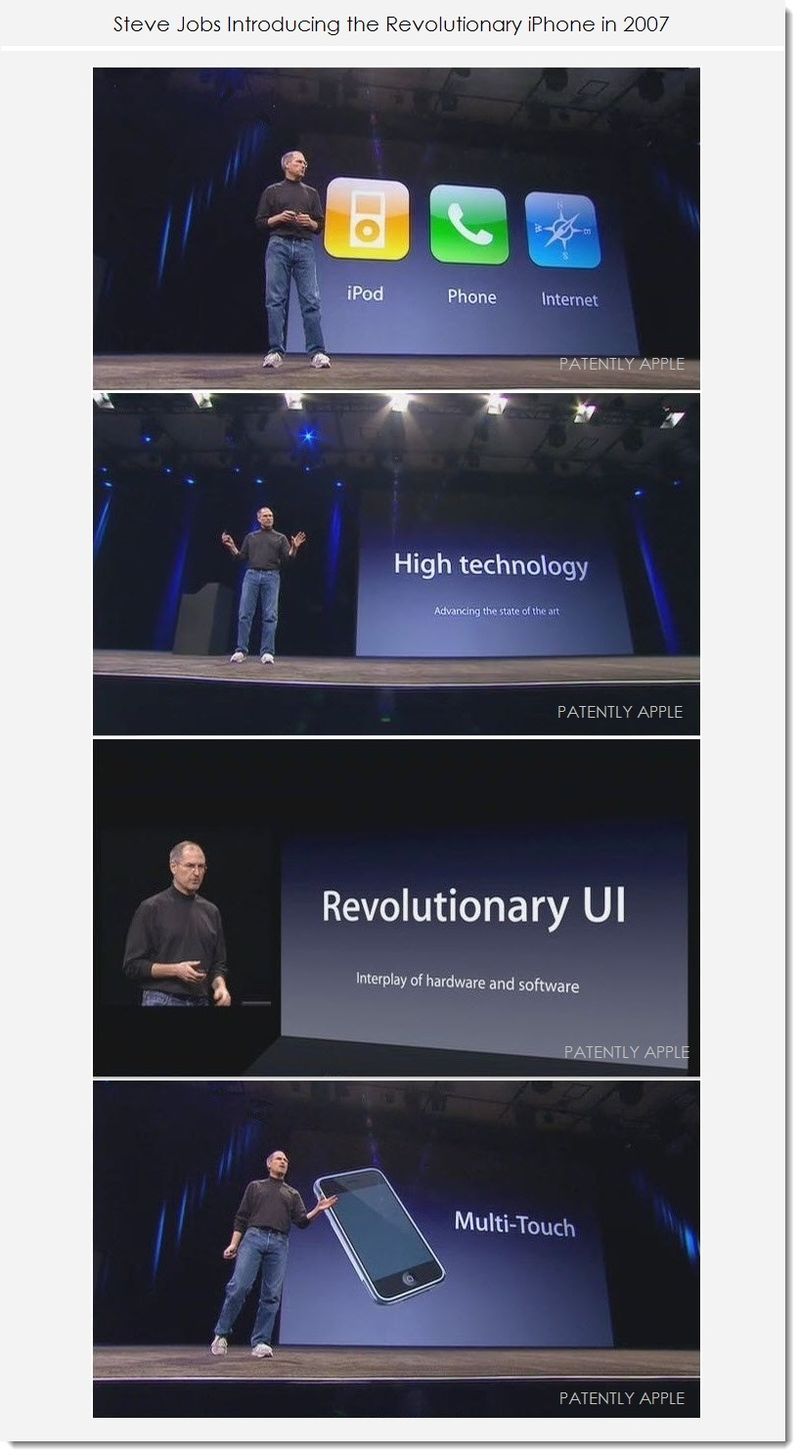 McElhinny added that "The iPhone was the result of a three-year research and development effort. McElhinny argued that "This is not competitive intelligence, this is cut and paste copying of a patented invention."

Other key points that McElhinny and WilmerHale made include:

Samsung is downplaying the value of patents because Apple has asked for between $33 and $40. A patent expert who has worked for Apple's competitors many times has made it a point to say that he thought Apple had lost its mind asking for such licensing fees. Yet the loss of sales to Samsung Android phones using Apple's technology without licensing it is the true crime.

McElhinny made the point that Samsung "copied many, many features but there are limits on what we can accomplish in a single trial. We can't try 50 patents in this case so we are trying five."

The chart below presents the current 2014 smartphone OS market share stattistics. With the ability to steal and copy Apple's revolutionary iPhone technology, Samsung was able to make gains in the smartphone market quickly by riding on Apple's classic technologies. 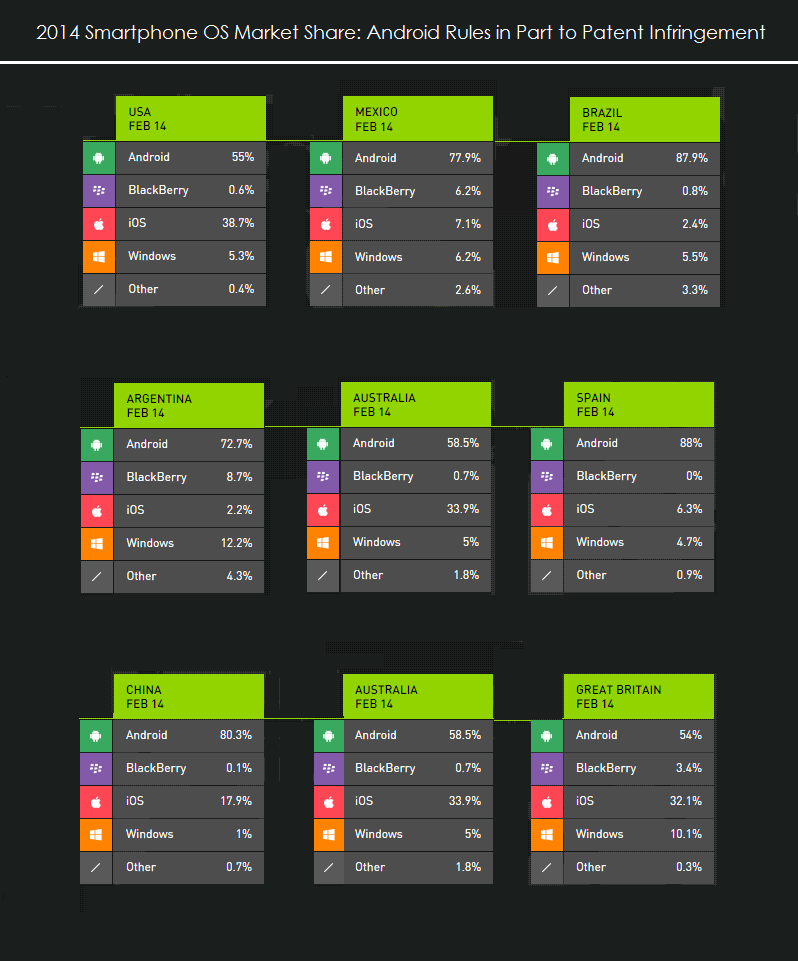 When a competitor is able to absolutely infringe upon Apple's technology at the rate that Samsung has, it's more like corporate rape. No one wants to frame it that way because it's ugly, but it is what it is. It's a repeated assault on an entity knowing full well that even if they get caught, the punishment will never match the severity of the crime.

At the end of the day, Apple is doing whatever it can legally, playing by the rules, but the damage to the iPhone's market share is likely to never be reversed – unless of course, they can get the courts to punish Samsung by forcing them to pay a record licensing fee. Will the jury see it that way? Only time will tell.

About Making Comments on our Site: Patently Apple reserves the right to post, dismiss or edit any comments. Sources: The Financial Times and Operating System statistics from Kantar Worldpanel