Apple Agrees to Provide a Kill Switch on iPhones in 2015

In February we posted a report titled "New Smartphone Kill Switch Legislation Tabled in California may Force Apple and Others to Comply." The proposed law would require smartphones and other mobile devices to have a "kill switch" to render them inoperable if lost or stolen -- a move that could be the first of its kind in the country. The motivation behind the new law is that in San Francisco alone close to 60% of all robberies involve the theft of a mobile device, according to Police Chief Greg Suhr. In nearby Oakland, Mayor Jean Quan added that such thefts are closer to 75% of robberies. Today it's being reported that major US wireless carriers and smartphone makers such as Apple have agreed to introduce tools to enable users to lock their devices and wipe them clean of data if stolen, responding to pressure on the telecommunications industry to do more to stem theft.

According to the report, the agreement extends individual decisions by Apple and Samsung to include features in their new mobile software that require a legitimate owner's ID and password before a phone can be wiped clean or re-activated after being remotely erased.

The report further notes that the agreement will take effect in July 2015 and that all smartphones will come with free anti-theft tools preloaded on the devices or ready to be downloaded, according to wireless association CTIA, which announced the agreement on Tuesday.

New York Attorney General Eric Schneiderman and San Francisco District Attorney, George Gascon welcomed the voluntary agreement but said it fell short of what they have advocated to prevent theft. 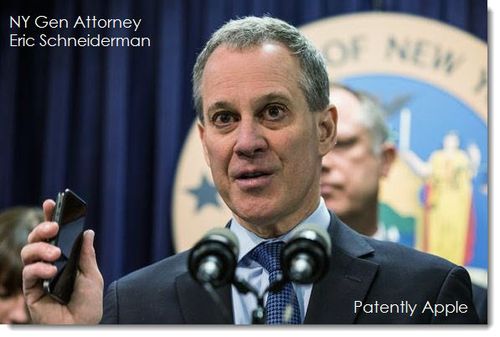 The prosecutors have urged manufacturers and carriers to carry the tools as a default in their devices, rather than having users download them.

The prosecutors said in a joint statement that "While CTIA's decision to respond to our call for action by announcing a new voluntary commitment to make theft-deterrent features available on smartphones is a welcome step forward, it falls short of what is needed to effectively end the epidemic of smartphone theft.

In 2012, 1.6 million Americans were victimized for their smartphones, according to Schneiderman's office.

Steve Largent, chief executive of the CTIA stated that "This flexibility provides consumers with access to the best features and apps that fit their unique needs while protecting their smartphones and the valuable information they contain.

The leaders of high tech have agreed to what will work for them but likely fall short of what legislators were hoping for Whether this will lead to a clash in the coming year or further cooperation between the parties is unknown at this time.

For Apple it won't be much of an effort as they've had "Find my iPhone" in the market for years. The description for Apple's free App states: "If you misplace your iPhone, iPad, iPod touch, or Mac, the Find My iPhone app will let you use another iOS device to find it and protect your data. Simply install this free app on another iOS device, open it, and sign in with the Apple ID you use for iCloud. Find My iPhone will help you locate your missing device on a map, remotely lock it, play a sound, display a message, or erase all the data on it."

What exactly Apple intends to do to improve upon this feature will likely remain a secret until September 2015.