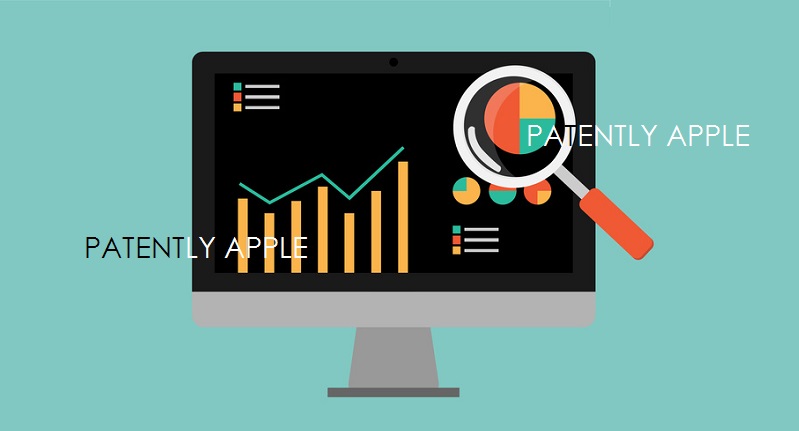 While we reported earlier on Apple's financial results for its fiscal 2014 second quarter that ended March 29, 2014, there were a few interesting little tidbits that emerged from Apple's Q&A session at their conference call. Though one thing is for sure, Apple's appears to be in no rush to expand their product line just yet. Until whatever they're working on is insanely great; it's not going to be revealed.

Apple's new CFO Luca Maestri started off by making a few points about the iPad being strong in the enterprise sector. He provide a few interesting examples such as Deutsche Bank AG now uses more than 20 thousand iPhones running on its network and have created 40 internal apps. Secondly, that Siemens has 35 thousand iPhones on its networks and has deployed 15 internal apps.

Maestri noted that thousands of iPads are now being used at Federal Express every day where efficiency is critical. That FedEx pilots and maintenance crews use iPads around the world. He then pointed to Eli lily that now has over 20,000 iPads and 50 internal apps as part of their laptop replacement program that dramatically increased productivity and abilities of its employees.

Beyond the enterprise, he noted that Apple has over 95% of the education market according to an IDC study. The US department of Veteran Affairs will be using 11,000 iPads that will transform the way doctors and patients interact. A suite of applications is being developed to allow quick access to realtime secure medical information.

If you stick with App Annie's stats for a just moment, there are other interesting numbers for the quarter. For instance, China was the key market for iOS App Store growth, showing exceptional gains in both downloads and revenue. Apple's iOS App Store revenue in China grew around 70% quarter-over-quarter.

The top 5 countries for App Store downloads for iOS in Q1 were the US followed by China, Japan, UK, and surprisingly Russia. The top five countries by App Store revenue were the US, followed by Japan, China, the UK and Australia. Tim Cook added that the App Store in China grew in the triple digit range.

On the iPad, Cook noted that it's been the fastest growing product in Apple's history and the first product that was an instant hit in all three key markets being consumer, the enterprise and education. Cook noted that "We've sold 210 million iPads in 4 years since its launch. That's about twice as many iPhones that we had sold in that timeframe."

Cook further noted that in the enterprise market they're virtually seeing 98% of the fortune 500 is using iPads and in the latest data, 91% of the activations of tablets in the enterprise were iPad. Cook added "And so this is an astonishing number and many of those enterprises are writing apps that key proprietary apps for running their businesses. And this is great for the company because they're more productive as a result of that."

Then cook noted that "In the retail market, if you look at the US as a proxy, the NDP numbers for March just came out a few days ago and we have a 46% share and embedded in that 46% there's a lot of things in there that I personally wouldn't put into the same category as iPad that's weighing the share down." In other words, there's a ton of low quality junk being put into the stats that shouldn't be there competing with Apple's high end tablet.

One of the more interesting questions aimed at Tim Cook played out as follows: "When you look at Google, Amazon and Facebook they very much diversify their business over time in a way that one is rarely seen. Apple is sort of the opposite. People say you should buy this or that and you will do acquisitions but you're obviously very focused. Is that because it's just a management philosophy of wanting to be more focused than some of these other companies or is there something about Apple's products, that particularly being more hardware oriented that kind of prevents you from saying ya, let's go make TV shows, let's go off and do something else even though you probably have the money and technical capabilities to do other things."

Cook's reply: "The key thing for us Steve is to stay focused on things that we can do best – and that we can perform at a really high level of quality that our customers have come to expect. So we currently feel comfortable in expanding the number of things that we're working on … that we've been doing in the background and we're not ready to pull the string on the curtain. But we have some great things there that we're working on that we're very proud of and very excited about.

And so it means much more to us to get it right than to be first. And I think you could see so many examples out in the marketplace where it's clear where the objective has been to be first. But customers at the end of the day don't care about that or what they look for from Apple. They want great, insanely great. And that's what we want to deliver. And so that's how we look at it.

And from an acquisition point of view, we have 24 in 18 months. That shows that we're on the prowl. I suppose you could say we look for companies that have great people and great technology and that fit culturally and we don't have a rule that says we can't spend a lot or whatever we'll spend what we think is a fair price.

What's important to us is that strategically it makes sense and that it ends up adding value to our shareholders over the long haul. We're not in a race to spend the most or acquire the most. We're in a race to make the world's best products that really enrich people's lives. So to the tune that acquisitions could help us to that and they've done that, and continue to do that, then we will acquire. You will continue to see acquisitions and some of which we'll try to keep quiet and some of which are impossible to keep quiet (he chuckles)."

Another question posed to Tim Cook was on the topic of the competitive landscape of smartphones where price cutting is the new big move by competitors and Microsoft buying Nokia and Lenovo acquiring Motorola and so forth. Cook noted that "yes there are a lot of moving parts, a lot of acquisitions, and some giving up to some degree and deciding to do other things. Though at the end of the day, we see it much like we've always seen it as that the part of the market that we're interested in is the market that people really want the best smartphone and that doesn't mean that they're all at the high end of the price band. We have smartphones that go down to a very affordable price with the 4S and we're proud to ship that product."

"I think that this quarter, if you were unsure, hopefully this quarter demonstrates to you that we can do well in a number of geographies from emerging markets to the developed markets." Cook at this point brings up the following specific examples: "Brazil was up 61%, Russia was up 97%, Turkey was up 56%, India up 55% and Vietnam was up 262%. I could go on but the point is that there are a number of markets out there where we're beginning to really catch on with. These haven't been particular strong points for Apple. We've been working on China for a while and we learned a lot and I'm very proud of what we've done there. We grew 28% in China bucking IDC's forecast for the industry at 20%."

While most statistics hold great value, some are just nice to hear but don't have much meaning. Like Apple gaining 262% in Vietnam. That's a great number, but what is that in relation to? Did Apple previously sell 5,000 iPhones and gained 262%? Was it 1,000 iPhones, was it a million iPhones? The numbers are all good, but of course they're selective. But that's Tim Cook's strength. He's a detail man. He knows what Apple's strengths are and hammers them home over and over again.

Yet no matter how you look at it, Apple enjoyed a rather great quarter. Only the iPad numbers were a little shaky and even then Cook went out of his way to make it clear that there was a distinct disconnect between Wall Street and Apple's internal numbers and made a believable case for the drop in sale through figures.

At the end of the day, there wasn't any major revelation or secret to be learned today. There were just a few interesting stats and a few insights into what's on the mind of Apple's CEO. And for most, that was more than enough. Though to be honest, I'm sure that many didn't hear anything after the announcement of Apple's jaw dropping 7 to 1 stock split – and can blame them?