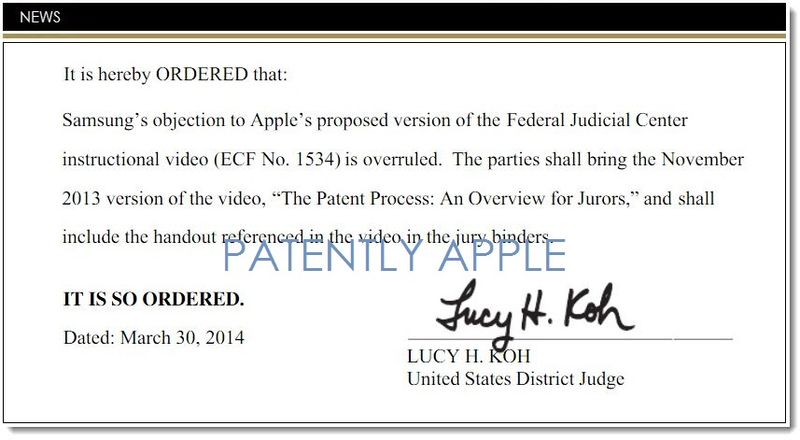 Yesterday we reported that Samsung didn't want jurors in the Apple-Samsung patent infringement trial starting this week to see an instructional video from the Federal Judicial Center, claiming that the video strongly suggests that Apple's products are innovative and patentable. We expressed our view of that request and Judge Koh poked Samsung in the eye by overruling their objection earlier today.

Earlier today we posted a report titled "The Apple-Samsung Patent Trial Begins this Week with Google Finally Stepping into the Ring."

This afternoon The Wall Street Journal is reporting that "To help defend Samsung, Google engineers are expected to take the stand to refute Apple's arguments that it forged new ground with the iPhone. Andy Rubin, the former head of Google's mobile business who oversaw the development of Android, is listed as a potential witness. Mr. Rubin worked for Apple from 1989 to 1992."

Michael Carrier, a patent expert and law professor at Rutgers University in New Jersey stated that "Google will be a lot more front-and-center than in previous cases. Google vs. Apple makes it more of a clash of the titans on the same turf."

About Making Comments on our Site: Patently Apple reserves the right to post, dismiss or edit any comments. Source: re/code Ina Fried