In December Wired Magazine believed that wearables would be the computing trend to watch for in 2014 and believed it could be as big a market as smartphones. In fact it was the number one trend to emerge at this year's Consumer Electronics Show (CES). Since that time, Samsung has raced ahead in wearables with their Gear 2 smartwatch and Gear Fit fitness band and Google has kick-started their Google Wear platform. Even Apple let it be known that there's a "Healthbook" App on the way which could strongly suggests that there could be a wearable device on their roadmap in the not too distant future. Today, The US Patent and Trademark Office granted Samsung a new design patent for Samsung Glass while granting Microsoft a design patent for an "Electronic Band." Yes, things are starting to get interesting.

Unlike "patent applications," design patents published by the U.S. Patent and Trademark Office don't reveal pertinent information about a particular design. We can look at the design and appreciate it for what it projects, but we'll never discover which materials may be used to construct the design. We'll never know what unique internal components may be hidden within the device or learn about any unique features that we could look forward to. All we get are the simple visuals of what could be coming down the pipeline. Today we take a peek at design wins for Microsoft's Electronic Band and Samsung's Glass design. 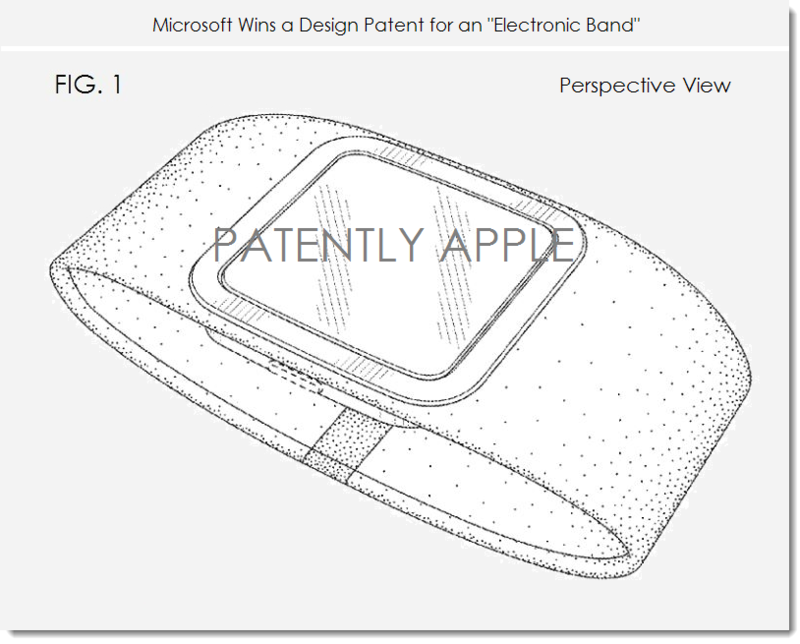 If you want to see more of the graphics for each design, see our Patent Bolt report.