Samsung in Pain as Apple's orders for Processors Drop

Earlier this month the rumor mill was busy reporting that Samsung gained a new contract for Apple's next generation A8 processor. Yet within 24 hours, news surfaced that TSMC wasn't only producing the A8, they were in fact ahead of schedule in production for Apple's processors. That was good news considering that Apple had reportedly ordered 90 million iPhone 6 units. That's a huge leap from their record-breaking 51 million units sold in calendar Q4 2013. Today, The Korean press paints a painful picture of Samsung's US processor plant that was meant to produce Apple processors. It's just not going according to plan.

The report states that "Samsung Electronics plans to reduce processor chip production and investment in its plant in Austin, Texas, this year due to sluggish demand from Apple and rising inventory, according to company and industry officials Tuesday.

The officials said Samsung will cut its investment in the plant to 1 trillion won for this year as it has failed to win any major orders.

Apple is cutting its reliance on Samsung-manufactured processors, a key part in handsets and computers.

The operating rate at the factory ― which employs more than 5,500 people and generates $1.5 billion in revenue annually ― was below 70 percent in February.

Samsung has designated the Austin plant to produce only processor chips.

The official further stated that "The utilization of the Austin line isn't that high as Apple orders are disappointing. Samsung should have greater flexibility in operating its chip lines in Austin."

A leading brokerage house said that Samsung's processor chip business will have another difficult time this year.

It was noted that Bernstein Research had said in a note to their clients that "As Samsung diverts its resource away from the 20-nanometer (nm) level chip technology to accelerate 14nm and 16nm, the chance of it winning a significant portion of Apple's business in 20nm is slim. Furthermore, the optimistic outlook from TSMC also suggests strong demand from Apple."

This is the Korean press that's painting this painful picture regarding Samsung's lack of orders from Apple. This isn't a happy story of the A8 chip putting their plant into overdrive which it should if it had the bulk of the A8 production with Apple increasing their demand to 90 million units. This is a report that is basically confirming that it's not happening. That they're not getting big A8 orders, if any.

It's just more gloom for Samsung. And with Nokia's X now selling out in minutes in China to steal Samsung's low to medium end market hold, this is going to be a really bad quarter for Samsung; One that could turn into a Monsoon later this year. For now, just enjoy the thunder and the rain falling on our dear friend Samsung. 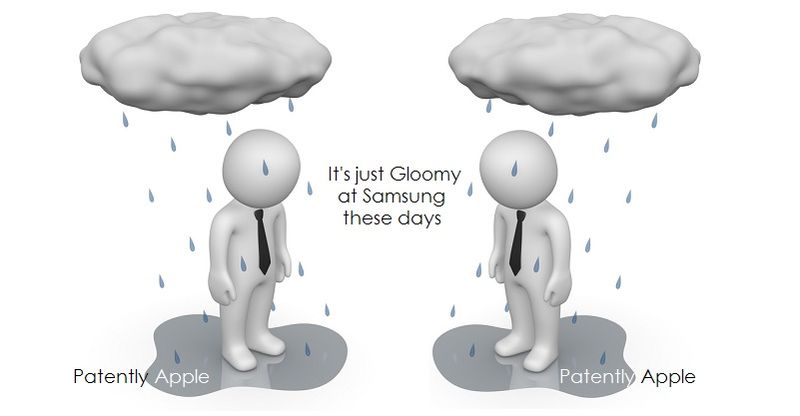