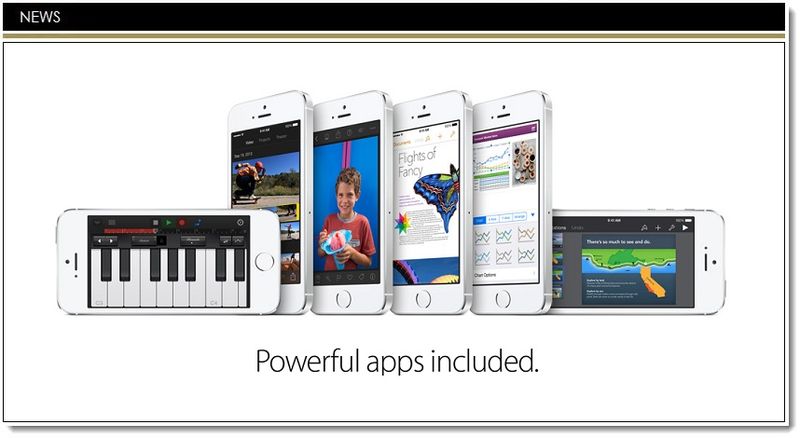 Yesterday we reported that China Mobile had reported their first financial loss in 14 years as they surge ahead with their buildout of their new 4G network. We also noted that Mobile China only began selling Apple's iPhones very late in December which couldn't boost their yearend profits. Today, news has come to light about a comment that China Mobile Chairman Xi Guohua made during his conference call that is certainly music to Apple's ears and it bodes well for Apple in 2014 and the iPhone 6 that will be released later this year.

This might be a good year for Apple in China – in fact it's likely to be a record breaker. It's also the likely force behind Apple cranking up the volume for the iPhone 6.

It was reported that "China Mobile Chairman Xi Guohua on Thursday said that 'most' of his company's 1.3 million 4G customers have bought the iPhone -- an important success rate for Apple, considering the carrier only started to official sell the iPhone in January. And despite that figure appearing to be small, China Mobile reported that it expects its total number of 4G subscribers to jump to 50 million by year's end. If Apple can keep its lead, that could mean a boatload of iPhone sales in China.

China Mobile has long been the crown jewel in any device maker's plans. The company has 776 million mobile subscribers, making it the largest carrier in the world. China Mobile is aggressively expanding its 4G LTE presence in China, which was reportedly a prerequisite for Apple before it signed a deal with the company. That 4G deal appears to be paying off."

In other news, rumors abound that Apple is exploring the idea of creating a version of iTunes for Android. However, Apple's download music is reportedly only down 3.2% which is nothing considering it now offers iTunes Radio.

One of the likely reasons that the iPhone is number one on Mobile China's 4G network is because of the iTunes advantage along with Apple's move to offer "powerful apps included" with the new iPhone 5S as noted in our cover graphic.

This is a value package that Samsung and others aren't able to compete with. It's a value package that gives their sexy iPhone 5S its edge. Will Apple really pull the iTunes-for-Android trigger in 2014? While only time will tell – it may be a little premature to think it'll be done this year.

About Making Comments on our Site: Patently Apple reserves the right to post, dismiss or edit any comments. Source