We reported on March tenth that Google planned to release a software development kit based on Android for makers of wearable devices, such as smartwatches. Google plans to release their own smartwatch manufactured by LG Electronics this June. Today, Google followed through on that promise with their new developer preview.

In our last report we pointed to Motorola's latest patent regarding a watch. The graphics noted below illustrate the influences found in that patent. Being that Motorola was a part of Google at the time of this patent, it's no wonder that both watches reflect the designs noted below.

Using voice commands is one of the highlighted features of Google's future watches.

The Round design was used by both Google and Motorola.

According to Google, the smartwatches powered by Android Wear will show information "when you need it", provide answers to spoken queries, monitor physical activity and allow access to other devices like a smartphone. 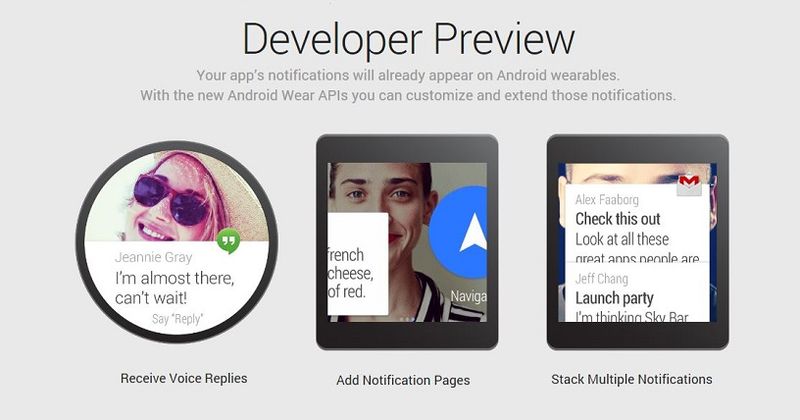 The website is even "Apple-Like" in design, though for today, we won't pick on Google because today is their day. In fact I'll congratulate them whole heartedly (with grinding teeth - ha!) and applaud them for trying to get ahead of Samsung who decided to run with the Tizen OS earlier this year with the launch of their new Gear 2.

In the end, all I can say is take a moment to peek at Google's new Android Wear gameplan just so that you'll understand what it is that Apple will eventually annihilate.