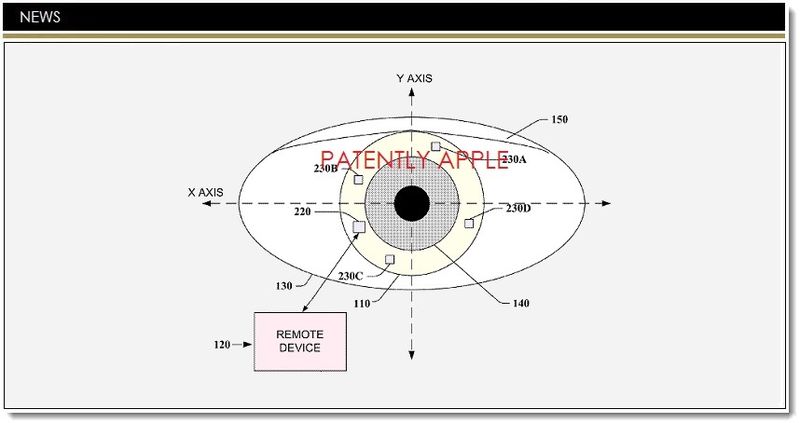 Yesterday, the US Patent & Trademark Office published a patent application from Google that reveals a new multi-sensor contact lens computer system that could work with many future devices including Google Glass and/or other future wearable devices, an Android smartphone, a television, a gaming system, navigation and/or car stereo and beyond. You may not be a fan of Google, but it's always interesting to see what the competition is doing. And in the blink of an eye, the market can shift if you're found sleeping in this fast past business. If you want to keep an eye on the future, then you just might find Google's latest invention interesting. Until Apple brings a wearable computer of their own to market, we may as well keep on top of what others in the industry are doing.

According to a study that was published in February, 90% of vehicles by 2019 will Interface with wearable computers in one way or another. Beyond Google Glass, Google is working on an in-air gesturing system for vehicles and Google's latest invention will be able to work within such a system in connection with Glass.

Google is also working on their personal assistant Google-Now to work with Google TV. Integrating a blink-command system, as described in their latest patent about specialized contact lenses, would be able to issue commands such as change the channel or raise the audio for instance.

Working in connection with Google Glass, the new blinking system could be used to turn a page of a book or choose the next tune to play on your playlist. Whether this type of wearable computer has the power to excite us will come down to whether or not Google is able to deliver the right apps and features to give such a device life. If Google can find a killer app for this invention, then they could have a hit on their hands.

Yet something tells me that this is going to take many years before it works its way to market. Then again, if Google chooses to bundle their multi-senor contact lenses with Google Glass at some point down the road, it may find its way to market on a much faster track.

In the end, only time will tell if this is a winner or simply a no-where project that dies on the vine. For now, you could check out our overview of Google's latest patent application on Patently Mobile here.