Prior to the Mobile World Congress trade show in Barcelona we revealed that Samsung had applied for three trademarks relating to Milk Music, a new music streaming service. On Friday, Samsung launched their new music streaming with that branding. Apple introduced iTunes Radio at their Worldwide Developers Conference (WWDC) last June and launched the new service on September 18, 2013, the same day as iOS 7. It was inevitable that the Fast Follower we know as Samsung would introduce such a service quickly behind Apple. 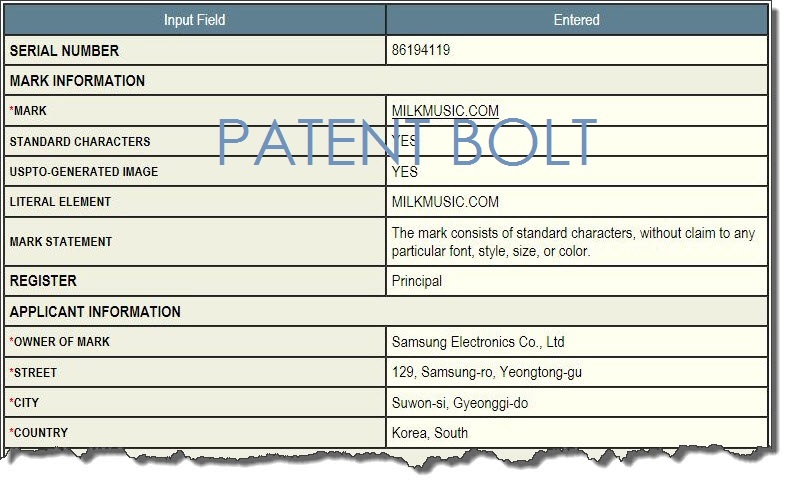 The new Milk Music service is currently available only on its Galaxy range of smartphones in the US and not available yet for other Android devices. The service at launch includes over 200 radio stations and 13 million songs.

Samsung said its new service would be free to download and have no adverts for a "limited time." Afterwards the ad-free service will cost an extra $3.99/month.

Samsung had previously ventured into music streaming with a service called Music Hub, which was launched in 2012 that failed.