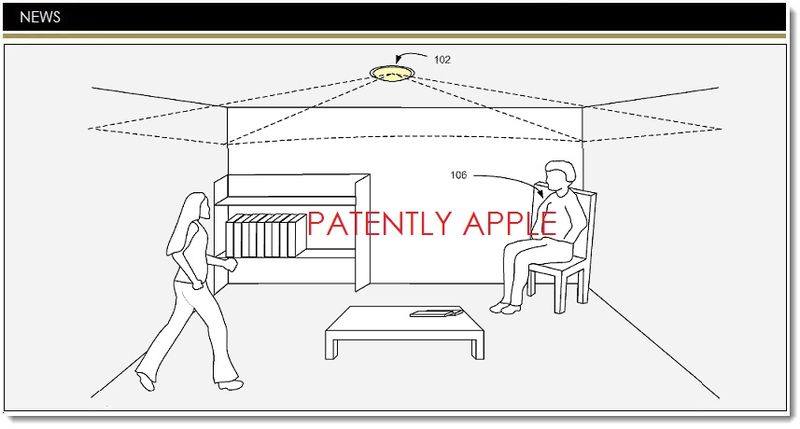 Yesterday, the co-founder of Apple Steve Wozniak called Edward Snowden a hero for sacrificing his life for a principle. On the same day, Bill Gates being interviewed by the Rolling Stone made it clear that Snowden was anything but a hero. Gates went on to say that "some aspects of government surveillance are best left a secret." The Huffington Post further reported that "Microsoft has seen quite a bit of controversy regarding its alleged cooperation with the NSA. Last July, the Guardian reported that Microsoft had aided both the NSA and FBI in accessing user data, including providing video and audio conversations from Skype, Microsoft's video chat service." In that light, it should be noted that late last month Microsoft, the friend of the NSA and FBI, had one of their patent applications come to light regarding a new spy cam that they're working on that's bound to be very NSA friendly.

One of Microsoft's recent patent applications tried to mask their spy cam as one for health care facilities to watch over patients, perhaps even old senior citizens in old age homes. Yet their primary patent figure clearly contradicts their deceptive scenario. The graphic is clearly showing young adults. Yes, spy cams that will be soon set into future classes, college campuses, your work office, your plant floor and other public facilities. Anywhere that spying is required.

Yes, for a true republican at heart like Gates, spying on its citizenry is just the way to keep those little democrats in their place. Remember, that Gates sees bots taking over many jobs over the next twenty years because those darn workers are pushing for higher minimum wage paying jobs. How dare they!

Gates specifically stated that "When people say we should raise the minimum wage. I worry about what that does to job creation ... potentially damping demand in the part of the labor spectrum that I'm most worried about." Yes, he's quite the cuddly guy once you get to know him.

Of course, Apple's old die-hard fans for the most part have always mistrusted Bill Gates and his company Microsoft. And we certainly know that Steve Jobs loved to take jabs at Microsoft at every turn. In 1995 Steve Jobs said in an interview that Microsoft had no taste. In fact he empathized that point by stating that "they absolutely have no taste. I don't mean that in small way, I mean that in a big way." Yes, a big-big way!

At the end of the day, I don't want to turn this into a rant, so I'll close out by saying that Microsoft's new spy cam patent, the one that they pretend is only designed with the best intentions in mind, is a reminder that the old Microsoft we didn't' trust is still the new Microsoft that we still can't trust. And although they have a little more class than those who falsely and hypocritically proclaim "don't be evil" as their corporate motto, Microsoft is the one that the NSA and FBI still call on to get the job done.

If you want to learn more about Microsoft's oh-so-friendly spy cam patent, you could do so here.