Apple's Value Proposition is still the Best in the Industry

A new study published by Kantar today claims that the value proposition for tablets is still very cloudy for consumers. In 4Q13, tablet penetration in the United States reached 37%, a growth of 54% compared to the same period in 2012. Yet year-over-year growth is beginning to slow down. The report notes that 53% of US consumers interviewed during the holiday quarter said that they won't be buying a tablet in the next 12 months and 34% stated they were unlikely to buy a tablet in that same timeframe. The task for the industry tablet leaders is to send clearer marketing messages to consumers convincing them why they should take the plunge and buy a tablet. Of course Apple is well ahead of the researchers in this regard and initiated a focused ad campaign about different Verses – unique individual universes of how consumers are connecting to their iPad. Apple has an extensive list of stories outlining many different personal and commercial uses for the iPad. Apple's the only one doing this.

Carolina Milanesi, Chief of Research at Kantar Worldpanel ComTech states in her report that "As you would expect for a market that started in 2010 with the first generation iPad, tablet awareness among consumers is very high with only 4% of non-owners saying they have never heard of such a device."

Yet with 87% of US consumers unsure if they'll buy a tablet in the next 12 months and admitting to the fact that they know very little about them, more has to be done.

On One Front, Hybrid Notebooks will Challenge the Tablet

According to Kantar study author Carolina Milanesi, "A weak value proposition is not only impacting the ability to convert tablet-rejecters but it's also strictly linked to the fact that 47% of consumers who were unsure, and 25% of consumers who will definitely not buy a tablet in the next 12 months, find prices to still be too high."

Milanesi further noted that "Among those who are not planning to buy a tablet 72% said that they are happy with their current laptop/PC …" Milanesi added that hybrid devices will play a role in further confusing consumers.

It's a point that Intel has been pounding the table about for the last few years and that segment is just starting to take hold. As the leading PC processor maker in the world, Intel is pushing a very easy to understand marketing message. The next generation notebooks that are in the hybrid camp are marketed as the best tablet when you want it and the best PC when you need it, all in one device.

It's a marketing message that makes a lot sense to many consumers. And with companies like HP offering these units with vastly larger batteries, you get much longer running times than you do with a standalone tablet.

While Apple has such a design on record, it's likely in the attic somewhere for safe keeping. For Apple, a hybrid device will only be considered when or if the market actually forces their hand.

At the moment, the iPad remains the number one selling tablet in the world which isn't much of a motivator for them to split their market into two weaker camps. So the hybrid notebook challenge is a longer term play that still has to prove itself.

On Another Front, Alternative Devices will blur the Line

Milanesi also notes in her report that "As smartphone screen-sizes continue to creep up impacting tablets with smaller screens and hybrids continue to blur the line between tablets and PCs, vendors will have to increase their focus on clearly segmenting their offerings and sharpening their marketing message."

On that point, it's been rumored for some time now that Apple will likely be introducing an iPhone with a larger display. The rumors sway between the next iPhone having a 4.7 and a 5.5 inch display. Other rumors hint that Apple is considering offering two distinct iPhones with the differing display sizes. Whether Apple will introduce a larger 5.5 inch design bordering on what could be considered an iPad nano is unknown at this time.

Another point that you can take away from Kantar's study is that the tablet market could be headed for a bit of a slowdown this year as consumers who have yet to join the tablet craze may consider these alternative devices that are making their way to market this year. It's going to be a very tight battle between phablets, small tablets, notebook hybrids and others we'll touch on later.

In the short term, Kantar's study in my view is really more about the number two and three tablet players in the market, namely Samsung and Amazon who don't know how to capture anyone's imagination beyond those consumers who want cheap (Samsung) and those who like books (Amazon tablets).

Kantar notes that "Value proposition is determined in part by the level of engagement consumers can achieve with their device both in terms of frequency of use and the range of features and services they access. In essence, the higher the engagement is, the higher the stickiness that the device, as well as the brand, can achieve.

Apple, Amazon and Samsung are the top 3 brands in the US market, owning 43%, 24% and 11% of the installed base respectively. Looking at these brands, it is clear that iPad users are the most engaged with 32% of users saying they use their iPad constantly throughout the day and 42% saying they use it at least once a day. iPad users are also those that use the widest range of apps and services available on the device."

When talking about Apple's iPad users being more engaged, other short-term web traffic studies have shown that the iPad actually holds more than 75% of tablet web traffic in Canada and the US. That's value in action. It's obvious that cheap tablets aren't really doing anything to engage users to get on the net and use their tablets more. It's really showing us that most of the iPad alternatives are just being used as book readers.

But when it comes down to tablets, which is the true focus of this report, Apple's iPad has already clearly won the race to finding the superior value proposition. Kantar admits to it which shows that their study is really a message to Apple's competitors to do more than just copy Apple's iPad hardware specs. 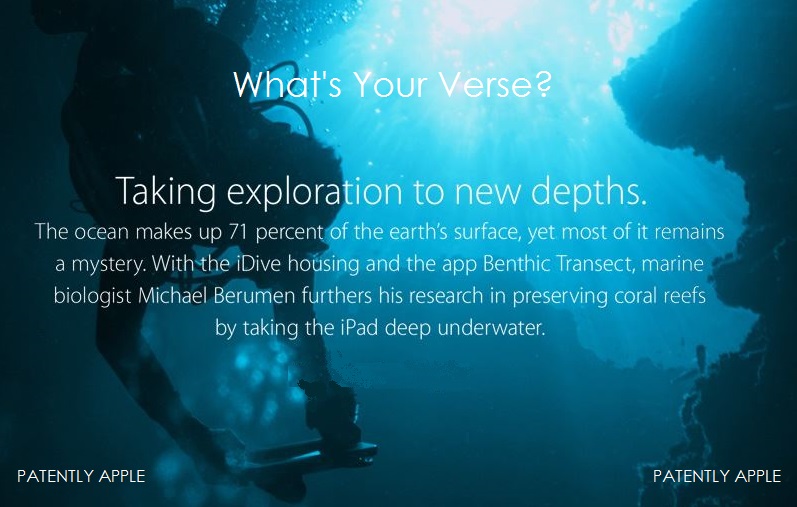 The Next Value Proposition Race

The fact that the iPad offers the best value proposition on the market today isn't news to Apple fans – but we thank Kantar for their study that proves it out.

Yet in the bigger picture, the one point that you get from the report is that alternative devices will begin to gain traction over the next year or two. Whether these alternative devices are notebook hybrids, new wearables (like Google Glass, smartwatches and bands) or perfectly sized phablets, the technology leaders are headed for a new more complex battlefront that could make clear winners harder to identify.

Apple is now racing towards the car with CarPlay and this trend is likely to explode over the next few years. So while the value proposition for the tablet was the main focus of Kantar's study, in the end they opened the door to the fact that the value proposition isn't going to be about tablets alone going forward. It's going to be about which company actually has a vision to tie these multiple next generation devices and tools together.

This is where Apple's holistic approach to design may have yet another advantage in the coming years. Apple has proven, as this study has shown, that they understand how to engage their customers by providing them with quality designed devices that perfectly blend with cutting edge applications and iCloud services. Apple's iTunes is still the industry's leading music platform and the App Store has no equal at the moment.

In the end it's about the value proposition stupid, and Apple is still the company that understands that the best.