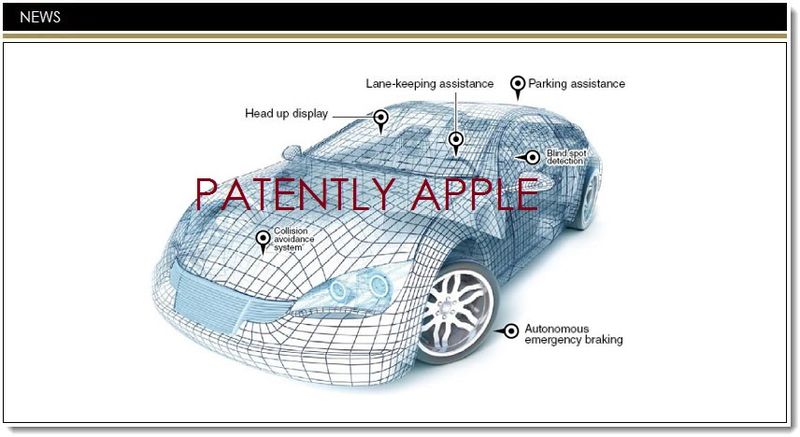 At the top of the month Apple's CarPlay made a big splash at Geneva's International Motor Show with car companies like Volvo, Ferrari and Mercedes. Apple's CarPlay got off to a very quick start for 2014 ahead of the Open Automotive Alliance that will be supporting Android sometime over the next year. Why is this market so important? It's simple: The new infotainment system market will be a big as the PC market was back in 1999 by 2020 – and Apple has wasted no time in taking an early lead. 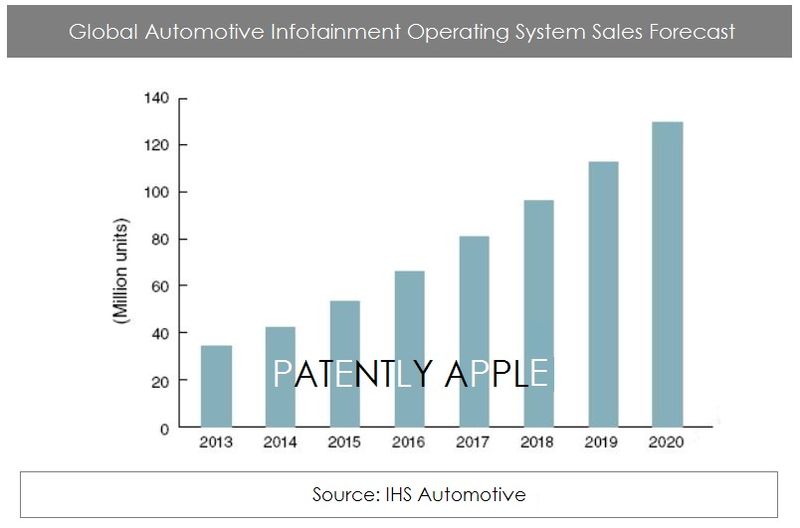 Egil Juliussen, research director for IHS Automotive, said in their latest report that "The market for automotive infotainment operating systems represents a major opportunity for software vendors, with platform sales climbing to nearly 130 million units in 2020 ― about the size of the global PC market in 1999."

CarPlay, based on touch and voice controls, will be installed in six car brands including Ferrari, Mercedes-Benz, Volvo and Hyundai this year.

Apple will also bring the system to future models of other auto companies such as BMW Group, General Motors, Ford and many others down the road.

Greg Joswiak, vice president of iPhone and iOS product marketing recently stated that "IPhone users always want their content at their fingertips and CarPlay lets drivers use their iPhone in the car with minimized distraction."

Apple has many other patent pending inventions on the drawing board that will advance CarPlay in the future in one way or another. Our cover graphic notes "parking assistance" as one of the new in-vehicle services coming to cars. Today the feature is designed to assist drivers to automatically Parallel Park. But these systems may also one day introduce a parking location system. Apple has also been working on advanced personalized car settings and an inter-mesh communication system for vehicles.

Apple has to put the pedal to the metal on advancing their CarPlay project as Google with Android, Samsung with Tizen and others are working around the clock to counter Apple's every move.

Google recently allied with global car makers including Audi, GM, Honda and Hyundai, called the Open Automotive Alliance, at the International CES trade show in January to bring its Android smartphone OS to cars. Google and Audi together showcased an infotainment system running on the OS at that show.

Google also has a few other angles on how they want to win the OS war for cars. The new moves by the automotive alliance is going to be one way to push Android into future infotainment systems. Another angle will involve Google Glass. Hyundai recently showcased a new telematics service for their Blue Link technology that will connect to Google Glass at CES and Mercedes-Benz and Nissan have their own projects on this as well.

However the project is going to be met with strong resistance in many States that are now pushing or contemplating legislation to ban Google Glass for use in cars. They note that it's a distraction as much or worse than texting is today which is banned. States like New York, Wyoming, Illinois, and others are jumping on board while Google is starting to ramp up their lobbying efforts. If taking your eyes of the road for anything electronic is distracting, it's hard to see how Google will make a case to the contrary. Though I think we all know that bottomless pits of money funneled through lobbyists have been known to change logic, everywhere. So don't count Google Glass in cars out for the long haul.

The race to win the OS wars is only going to heat up as experts and market researchers are forecasting that the OS market for smart cars will grow exponentially. Last July we noted that Apple's upcoming infotainment system was seen as a real threat by many in the industry. In October ABI Research boldly predicted that Apple's upcoming infotainment system could take 50% of the market by 2018. No wonder Apple's competitors woke up and went into high gear to counter Apple's project.

Egil Juliussen, research director for IHS Automotive added that "Growth is being driven by the multiplicity of platforms in many cars, with a single auto potentially having one OS for the head unit and navigation, another for the telematics system and hands-free interface for mobile phones, and yet another for the rear-seat entertainment system." These are all areas that Apple's CarPlay could address in the future.

Convergence between IT and car technologies is more and more sought after mainly due to rising consumer demands for safer and smarter vehicles. An analyst at HMC Investment and Securities by the name of Lee Myung-hoon added that "A car used to be just a commodity. However, it is now a part of people's lifestyles."

In the end, Apple is once again pioneering a new avenue for iOS in a very exciting market. The market potential is huge and it will continue to provide iOS developers with new market opportunities. In some ways, Apple's iOS developers can help to revolutionize the in-vehicle infotainment system by creating imaginative killer apps.

And while CarPlay is extending its familiar iOS to the car, Apple will now likely begin to work on introducing new exclusive features for iOS that are distinctly designed for the in-car experience. Apple, like no other, understands that the user experience is the epicenter of winning consumers over.

So hold on, because this is going to be another wild ride for Apple's iOS which began with the iPhone, moved to the iPad and is now in the car. Each time, it's been Apple that has led the way. The next Verse for iOS will be the Wearables market. But that's a story for another day.