Apple Saved the Sapphire Industry and will transform it in 2014

At the beginning of the month we reported that Apple's CEO had recently commented that the speculation surrounding Apple's possible use for the super-hard sapphire being produced in their new Arizona plant was to produce scratch-resistant screens for future iPhones was wrong. According to Cook, their Arizona facility was for a "secret project" that he couldn't talk about. Over the weekend we posted another report about new super bright nano-dot coatings for sapphire substrates coming to light in Japan last week that could double the brightness of LED backlights and more. Today we've learnt that there's a new study being published on March 21 discussing Apple's move into Sapphire. The report claims that Apple saved the sapphire industry in 2013 and will transform it in 2014.

A new report titled "Sapphire Applications and Market: From LED to Consumer Electronics," which is to be published by France's Yole Development later this month states that "On November 4th 2013, GTAT and Apple announced a partnership to set up a large sapphire manufacturing plant in Mesa, Arizona. Analyzing the deal Yole Development reached the conclusion that exiting 2014, the plant could reach a capacity equivalent of more than twice the current worldwide capacity." On March 21, the report goes on sale for US$5,000. .

The report further notes that they "modeled the Mesa operations and believe that the plant will make sapphire slabs that will then be sliced and polished by Apple subcontractors in China. The simulated slab cost of $6.40 per part would enable a US$17 cost per finished display cover, with a path for <$13 ASP in the midterm. The plant could deliver an equivalent of 42 million display covers in 2014 and more than 85 million in 2015."

Additionally, the report includes a thorough analysis of the GTAT/Apple deal with everything we know and the remaining grey areas. It explains the rationale behind all key hypothesis of our cost model.

It was also noted that "With display applications, total revenue from polished sapphire products could grow at a 50% CAGR through 2018 and exceed US$5b. Sapphire is now a strategic material for Apple that it will use as an element of differentiation versus Samsung and other competitors. With the Mesa plant, Apple is creating its own supply chain, sheltered from any risk of shortage or price increase. But a second source is needed. We therefore expect other sapphire makers to increase capacity and join the Apple supply chain in the next few months."

Interestingly the report notes that "It is therefore difficult to justify this $1 billion investment unless new applications requiring a lot of sapphire are coming to market."

Of course Yole's research findings for their upcoming report were established prior to Apple's CEO coming out to debunk the rumors outright that the sapphire plant was for manufacturing displays. So that part of the study is likely to be based on groundless speculation.

In the end, it's highly unlikely that the report will actually shed any significant new light on Apple's future use of the sapphire being produced in Arizona, yet may still provide additional analysis about the sapphire market's future outlook in general. Below are a few of the slides from the upcoming report. 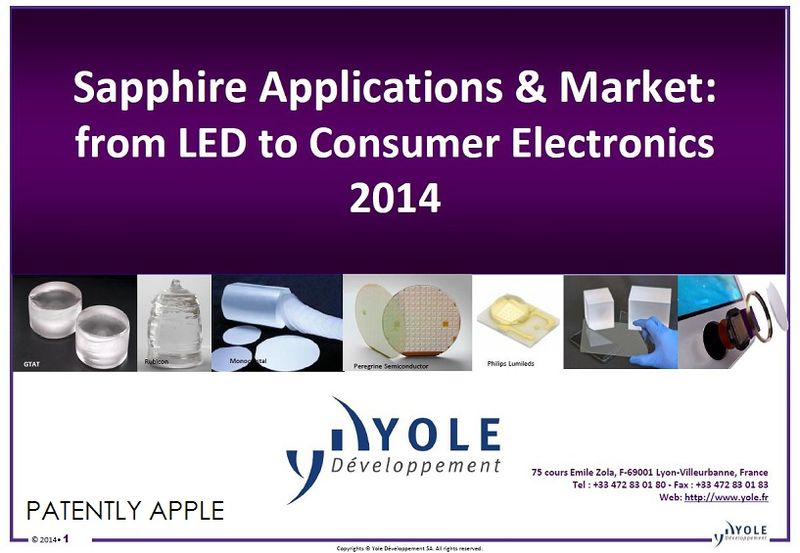 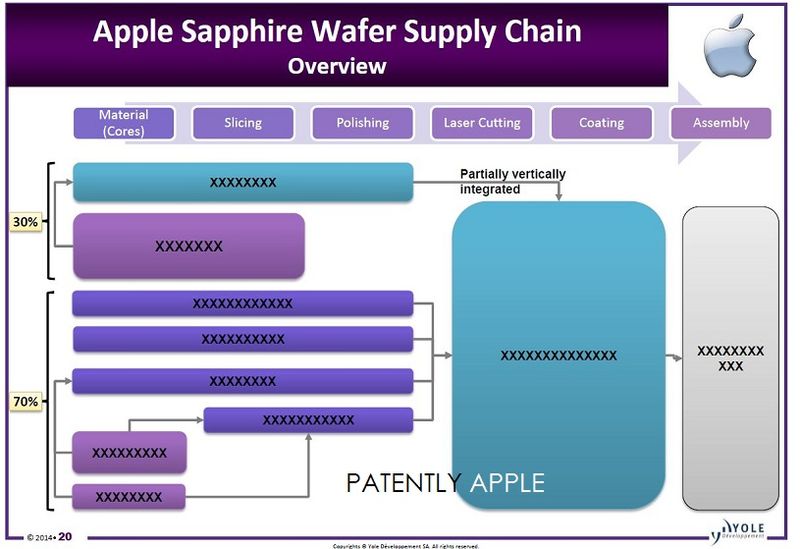 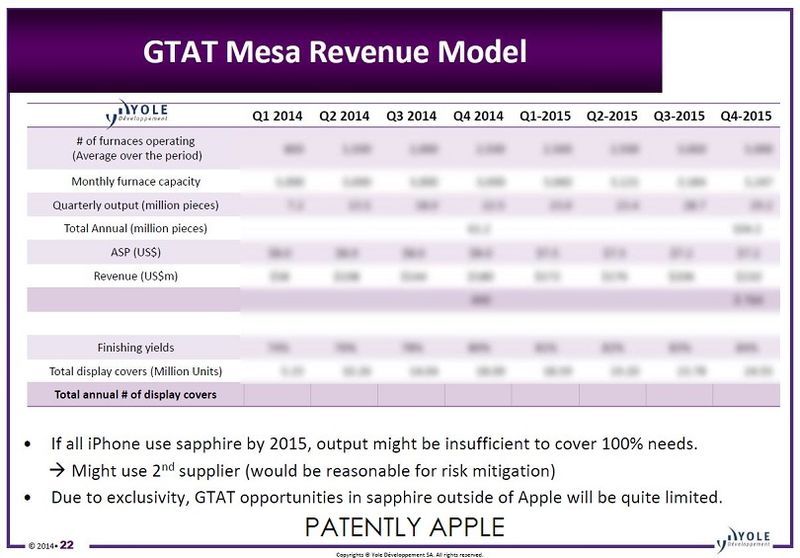 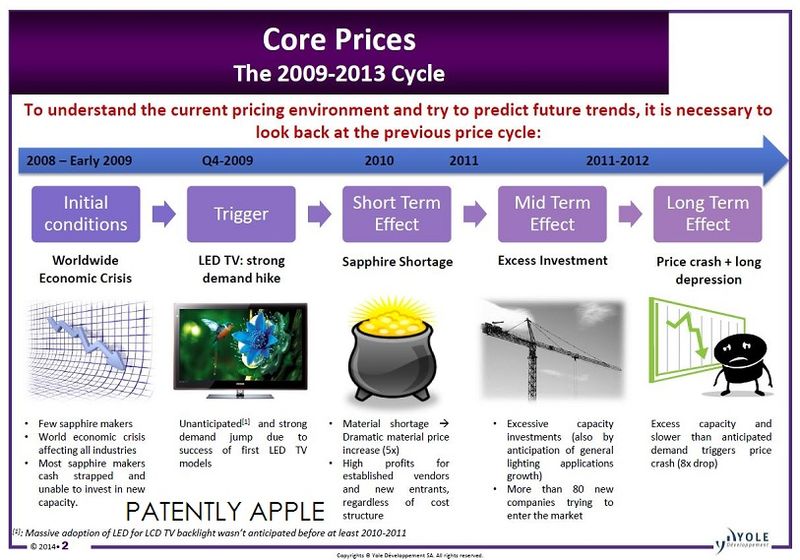 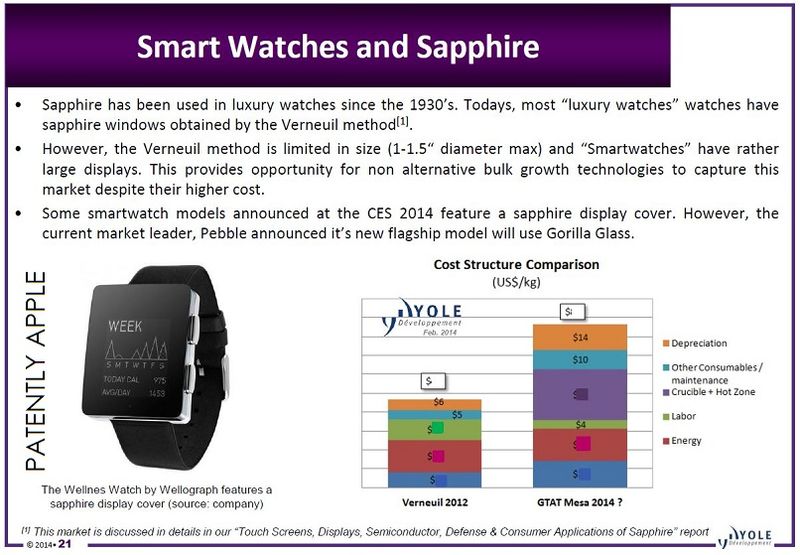 Perhaps the one thing that most can agree upon is that Apple is likely to transform the sapphire industry in 2014 and hopefully use it in a secret killer product due to hit the market over the next two years. Of course most are hoping that it'll be for Q4 this year, but only time will tell.