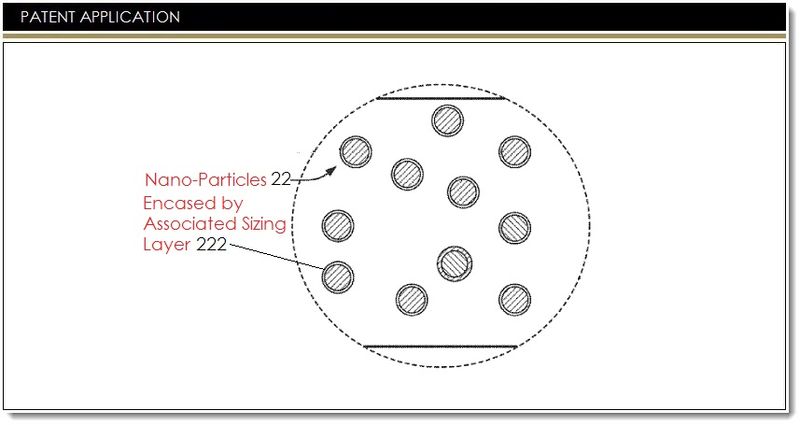 On March 20, 2014, the US Patent & Trademark Office published a patent application from Apple that reveals Apple's work with spherically shaped nano particles and pigment nano-particles in particular that could be used in inks or dyes and applied to devices via screen printing and spraying processes. If you're an industrial designer or student in this field, you may find this invention to be of great interest to you. For the rest of us, it's a little over our heads. Though admittedly, it's an interesting invention only because it's a coloring process that could be used with future products made of sapphire.

The one distinct aspect of the patent that stood out for me related to how these nano particles can be infused within a radio frequency (RF) transparent matrix that could be utilized to create an RF transparent metallic appearing surface.

Apple states that "By applying the ink over antenna windows in electronic devices, discontinuities in a housing that would normally be quite obvious could be substantially masked. In this way substantially all of an exterior surface of an electronic device could take on an appearance of being metallic, while wireless communication pathways remain unhindered."

This could be very useful when designing a product such as a computer wristband or iWatch where the antenna has to be under the face of the display or device frame.

Apple also notes that "Another advantage associated with the use of silver nano-particles is their utility in providing an anti-microbial coating to a device."

The silver nano-particles can be applied to an outer surface of a device in a number of ways including spin coating, printing, and ion implantation. Finally, in another embodiment the pigment nano-particles can be used to coat a transparent structure such as glass, plastic or sapphire, to create a color filter. Opacity of the filter can be adjusted based on a particle density of the nano-particles.

Apple credits Lucy Browning and Christopher Prest as the inventors of this patent which was originally filed back in Q3 2013. To review this patent application in-depth, check it out here.

And for those who love industrial design, a new patent application from Apple covering "Ultrasonic Welding" has been published today and you could read about it here.

Apple's patent FIG. 9 below shows us a system for rotating a lower part in a power adapter assembly during an ultrasonic welding process. 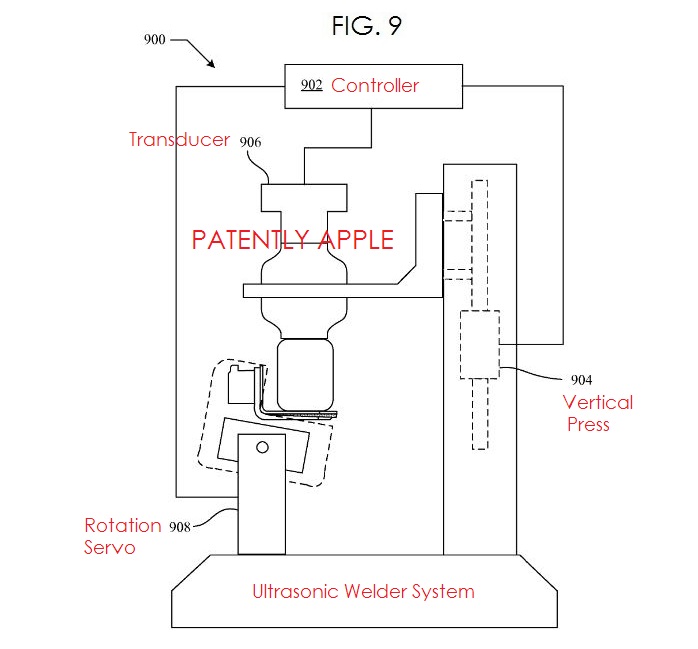