On Mar 06, 2014, the US Patent & Trademark Office published a patent application from Apple titled "Wireless Pairing and Communication between Devices Using Biometric Data." The patent reveals that information exchanged between devices such as an iPhone and Mac may one day use biometrics to perform a connection between the devices. While it adds another layer of security it also simplifies the process by not requiring any passwords. Apple states that other forms of biometric security may be used in the future, such as retinal scanning, facial recognition and more.

Apple Invents Biometrics in Wireless Pairing and Communication between Devices 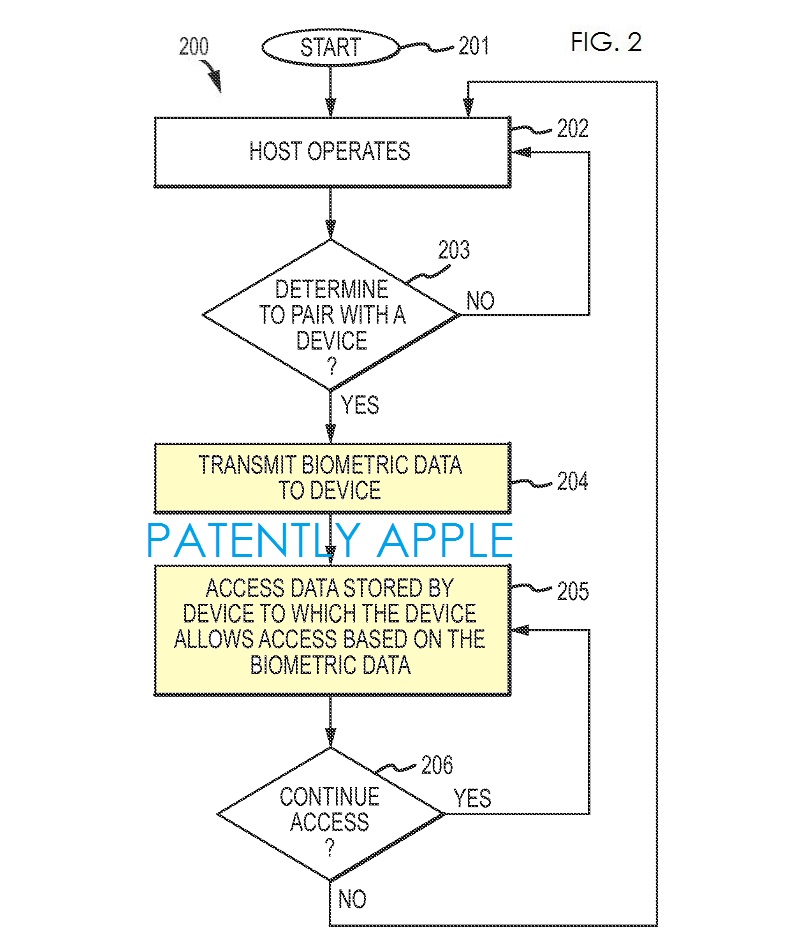 In various implementations, the host or device may automatically pair with an available device or host (respectively) as long as the biometric data matches. However, in other implementations, user input indicating to pair (which may include providing of the biometric data) may be required by the host or device requesting the pairing and/or the device or host accepting the pairing.

Yesterday the Korea Herald published a report titled "Era of biometrics begins." The report stated that "Not only computers but also cars, televisions and front doors of people's homes can one day in the near future be controlled by either the touch of a button on a mobile device or even by an advanced recognition algorithm or solution.

This concept that was once only seen in science fiction movies will soon become a reality. Now with Apple's iPhone5S with fingerprint sensors introduced last year followed by Samsung introducing it in their new Galaxy S5, ushered in a new era for biometric authentication technology, experts said.

The report also noted that "Noncontact palm and fingerprint reading solutions are also ready to be deployed, not only for smartphones but other gadgets as well. This would pave the way for the technology to identify not only the owners but also third parties." The report further noted that combination biometrics with fingerprint and facial recognition technology will be another way for devices to use biometrics. This is something that Google is trying to patent now for Android.

Apple's current patent points out a wide range of future biometric options that may be coming to future Apple devices. The likelihood of Apple designing systems that may one day require a combination of biometrics to unlock a device is high.

This is also something that Raytheon is working on, as illustrated in their latest biometrics patent application 20140059675 that was published by the U.S. Patent Office last week. The illustration below shows us a combination of biometric-types entered into a device to gain access to a building or accessing equipment. 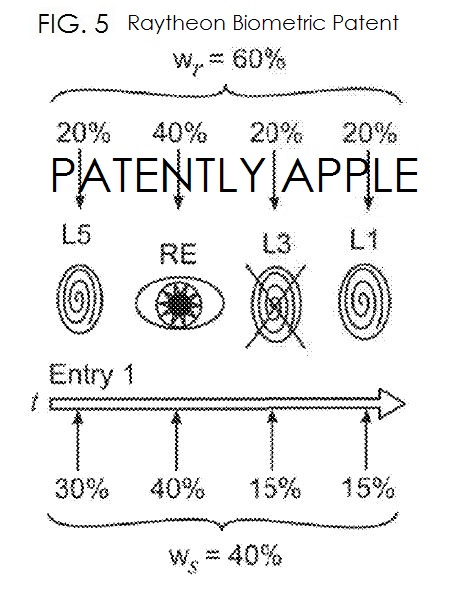 Apple credits Chang Zhang and Qing Liu as the inventors of patent application 20140068725 which was originally filed in Q3 2012. To review more of Apple's inventions regarding biometrics, see our Biometric Archive.