On March 6, 2014, the US Patent & Trademark Office published a patent application from Apple titled "Wi-Fi Credential Sharing using Images." Setting up your iDevices to a new wireless network at coffee shops or other entertainment hubs is time consuming. Wouldn't it be nice to just tell Siri to set it up for you and be done with it? Well, Apple's invention covers just that and more. 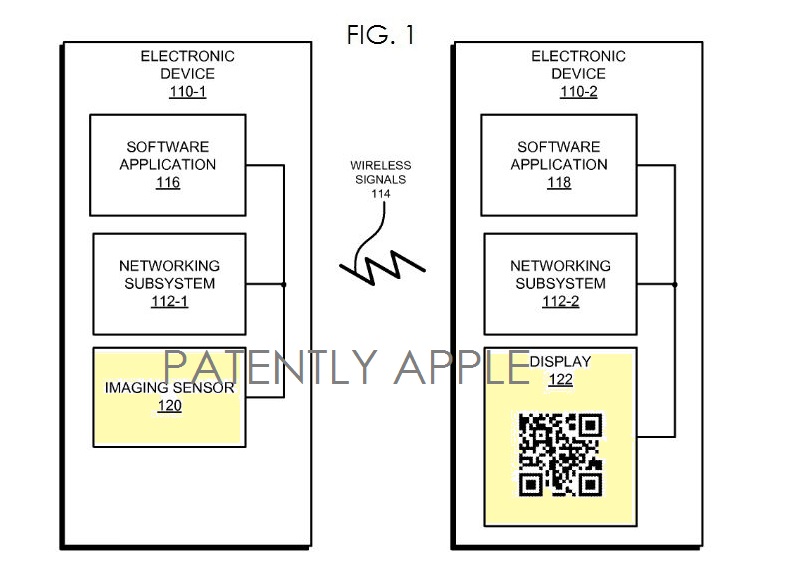 For example, after purchasing a beverage at a coffee shop, the user may receive the access information in the form of a QR code printed on their receipt. Alternatively or additionally, the QR code may be printed on a menu.

In response, the iDevice user could take a photo of the QR code with their iDevice camera and the wireless connection could automatically be set up for you. An alternative way to do this could be using your personal digital assistant Siri. According to Apple, the image may be captured by Siri in response to a user command to "scan."

Apple states that the access information, which may include a name of the wireless network, a password (or a passcode) and/or an expiration time for the password is extracted automatically without action by the iDevice user.

Yes, nice and simple thank you. That's Apple. Now we just need Apple to get this nifty feature out for the iPhone 6. C'mon guys – don't drag bringing this to market. Cheers.

Apple credits Artiom Shamis, Kapil Chhabra and Tito Thomas as the inventors of patent application 20140068727 which was originally filed in Q3 2012.