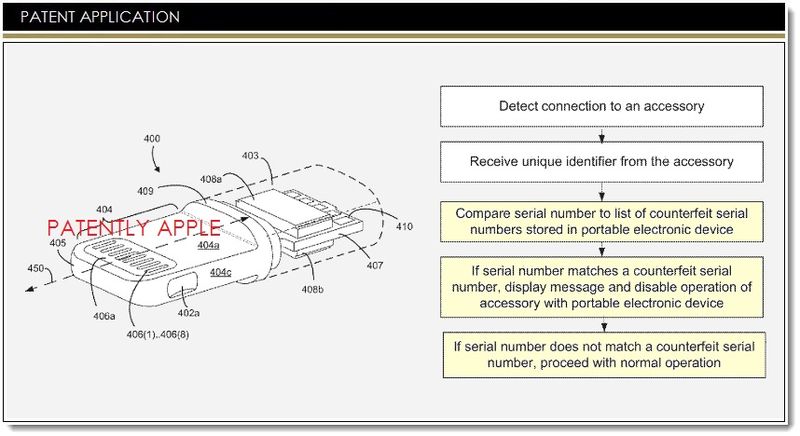 While there have been reports over the years about faulty iPhone chargers exploding, we know that in most cases, if not all, that these incidents were caused by counterfeit chargers. One of the new features coming to Apple's Lightning connector, if not already in use, is a built-in method of being able to detect fraudulent counterfeit products and refuse to work with them. Apple states that "it is desirable to ensure that products that are part of a given ecosystem are manufactured to the standards expected of the products. Knock-off, counterfeit and fraudulently manufactured accessories may not be manufactured to the stringent standards expected of the ecosystem and thus may not work properly or may even cause damage to a host portable electronic device." Apple's invention is about including a unique identifier or serial number that is received by the iDevice upon connection with the accessory. It's performed automatically.