On March 6, 2014, the US Patent & Trademark Office published a patent application from Apple titled "Mobile Emergency Attack and Failsafe Detection." In 2009 Apple invented the iPhone emergency-mode processor and today, Apple is advancing the services that they could build into this system. Apple's invention generally relates to the iPhone and in particular to techniques for the iPhone to detect probable emergency situations automatically and to help in automatically requesting aid for those potentially involved in emergency situations.

Under these unfortunate circumstances, having a mobile communication device can be potentially lifesaving for the user, if the user is capable of using his device under the circumstances. If the user is capable of using his mobile device to make a telephone call for help--either to emergency services (e.g., 911) or to a trusted friend or relative--then the user has hope that aid will soon be forthcoming. Unfortunately, if the user is currently being attacked, or if the user has become incapacitated due to a sudden health affliction (e.g., heart attack) or injury (e.g., automotive collision), then the user might be unable to make a telephone call. 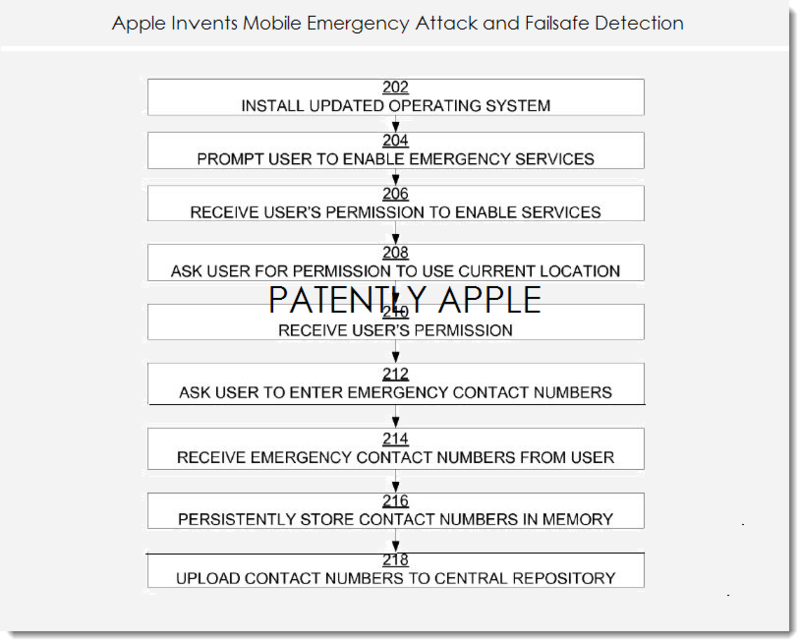 Apple notes that their new invention applies to iDevices and specifically a future iPhone. The iPhone's owner will be able to put their phone into a new mode called the "attack detection mode." 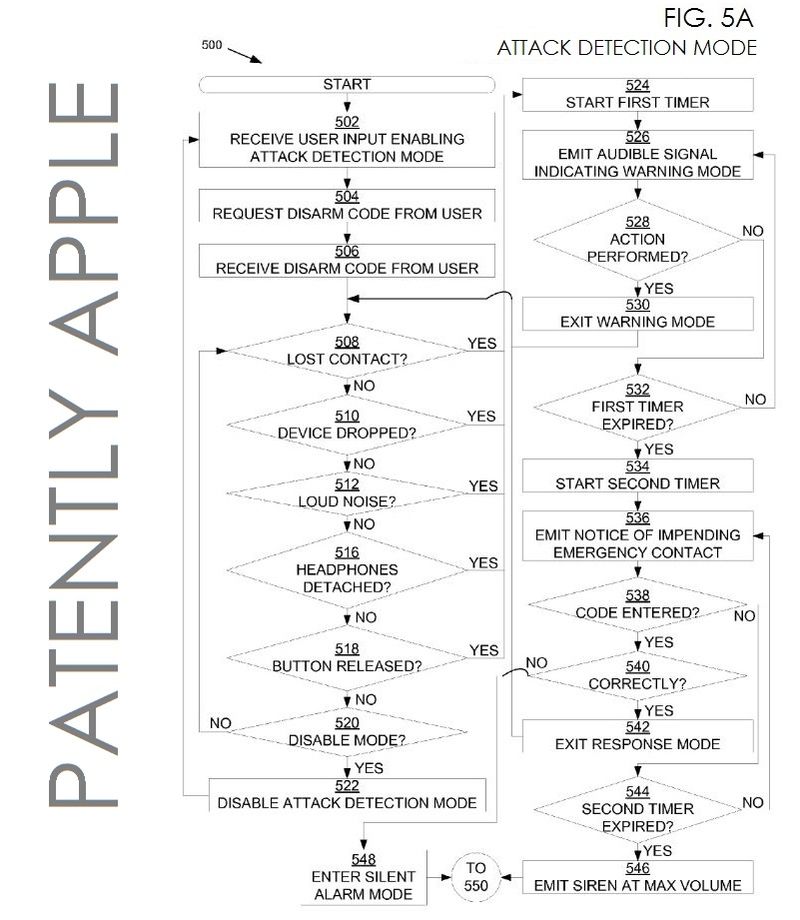 While the device is in attack detection mode, certain events can cause the device to summon assistance automatically, even without further interaction from the device's user.

For example, while the iPhone is in attack detection mode, if the iPhone's user ceases to interact with their iPhone in a specified manner for at least a specified period of time, then the iPhone can automatically place a telephone call to emergency services (e.g., by calling 911).

In a Health Emergency

For another example, while the iPhone is in attack detection mode, if an accelerometer contained within the iPhone detects a sudden shock--due, perhaps, to the iPhone being dropped on the ground--then the iPhone similarly can automatically place a telephone call to emergency services.

In certain embodiments of the invention, the iPhone (or other communications device) can, after detecting a probable emergency situation using the techniques mentioned above, responsively and continuously emit a loud audible alarm through the iPhone's speakers at maximum volume regardless of the iPhone's current silence or volume settings, in an effort to attract help from other people who may be nearby.

Certain embodiments of the invention can enable an iPhone to detect a probable automotive accident by using a global positioning system (GPS) and/or an accelerometer contained within that device.

In a Car Accident

For example, in response to determining that the device had previously been moving at a particular speed beyond a specified threshold (e.g., 35 miles per hour), and then had suddenly stopped moving with a deceleration exceeding a specified threshold--such as would be unusual if a car's driver were merely coming to a stop at a sign or signal--then the device can estimate that the device's user has been involved in an automotive collision. 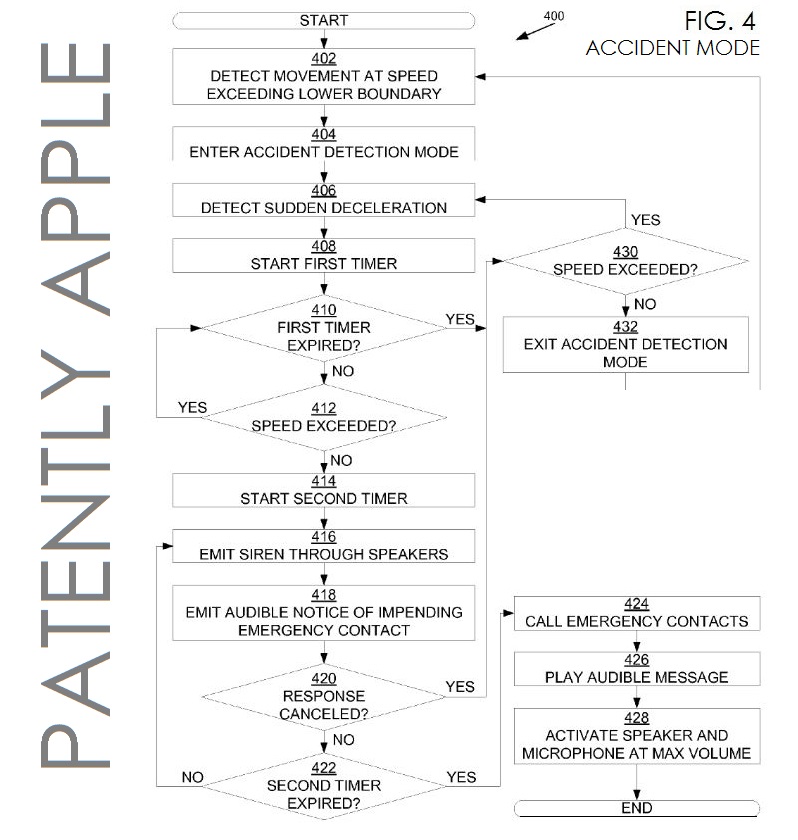 As in certain other embodiments of the invention, in response to determining a probable emergency situation such as an automotive collision, the device can automatically make a telephone call to emergency services and/or emit an alarm in an attempt to attract any nearby people who might be capable of rendering aid.

In the news today, Microsoft will be bringing a similar feature to their phones.