The US Patent and Trademark Office officially published a series of 44 newly granted patents for Apple Inc. today. In this particular report we cover two specific granted patents related to multitouch on touch screens. The first covers Apple original 2007 technology that introduced pinch and zoom, pinch and rotate and other key new-to-market gestures. The second patent that we cover relates to in-depth GUI's designed for the disabled so that they could use Apple's iDevices and MacBooks. The latter patent illustrates Apple's long standing commitment to providing the disabled with the very best assistive technology which flies in the face of a recently filed Class Action lawsuit on behalf of the disabled.

Apple has been granted a patent today for their invention relating to the detection of finger pinch, rotate, and tap gestures along with a translation and optionally liftoff motion to initiate certain actions. It's one of Apple's defining patents related to iOS and how it function related to specific touch combinations. 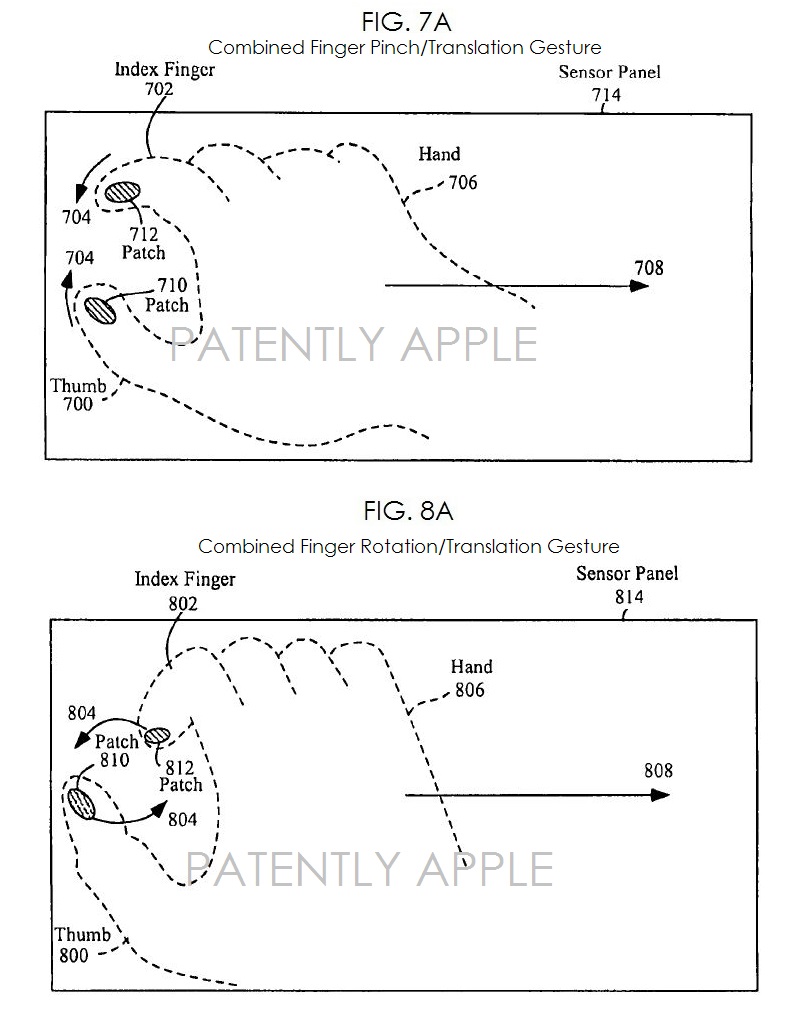 Apple credits Wayne Carl Westerman and Brett Alten as the inventors of granted patent 8,681,104 which was originally filed in Q2 2007 and published today by the US Patent and Trademark Office. To review today's 56 granted patent claims and details, see Apple's patent.

Apple has been granted a patent today for their invention which is titled "Devices, Methods & GUI's for Accessibility using a Touch-Sensitive Surface." Apple's invention relates to electronic devices designed for people with impaired vision, and more particularly, to electronic devices that provide accessibility using a touch-sensitive surface, such as a touch screen display or a track pad. 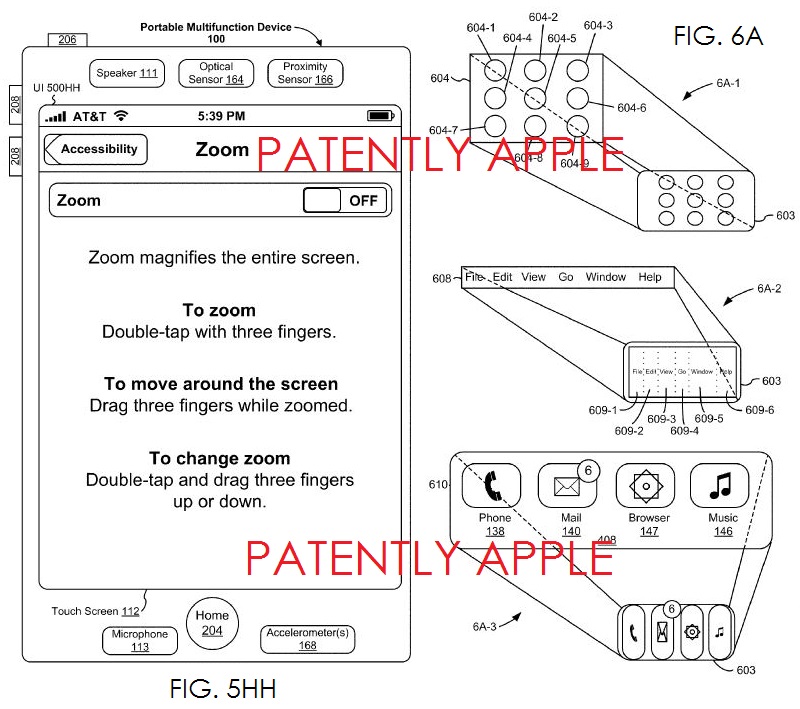 Apple's patent FIG. 5HH noted above represents an exemplary gesture for zoom mode for those that are handicapped; FIG. 6A depicts three exemplary mappings of user interface containers designed for a touch-sensitive surface for those with disabilities.

Apple credits Christopher Fleizach and Eric Seymour as the inventors of granted patent 8,681,106 which was originally filed in Q3 2009 and published today by the US Patent and Trademark Office. To review today's 21 granted patent claims and details, see Apple's patent.

Recently a new class action lawsuit was filed against Apple for Failing to Design a Point of Sale Device that is Accessible and usable by Blind People. In our report covering this lawsuit we pointed out that Apple has shown leadership in providing the best accessibility tools to the disabled in the industry. Today's patent win is just another example of their leadership.