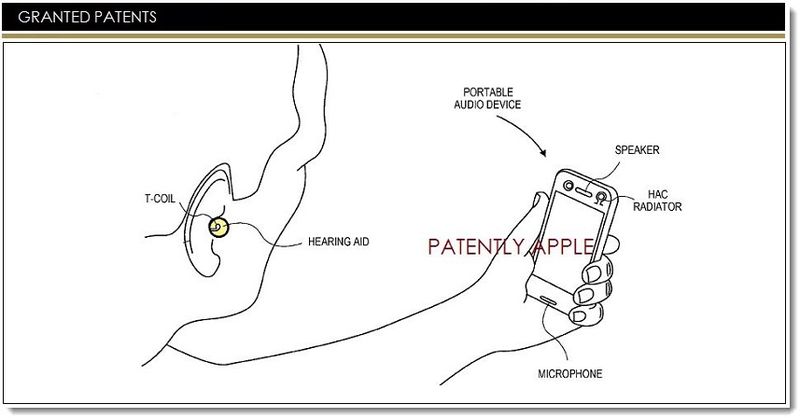 The US Patent and Trademark Office officially published a series of 44 newly granted patents for Apple Inc. today. In this particular report we cover a dual image sensor system, hearing aid features for a future iPhone, scrolling features like Cover Flow and two design patents that credit Apple's late CEO Steve Jobs. We wrap up this week's granted patent report with our traditional listing of the remaining granted patents that were issued to Apple today.

If you're a camera buff, then you'll appreciate one of Apple's latest granted patents for their invention relating to an electronic device (iPhone, iPad, MacBook Pro) producing a photo (or an image of an object). The electronic device may include a black-and-white camera having a first sensor area configured to receive luma data pertaining to the object. The first sensor area may correspond to a first pixel array, the luma data associated with the first pixel array. 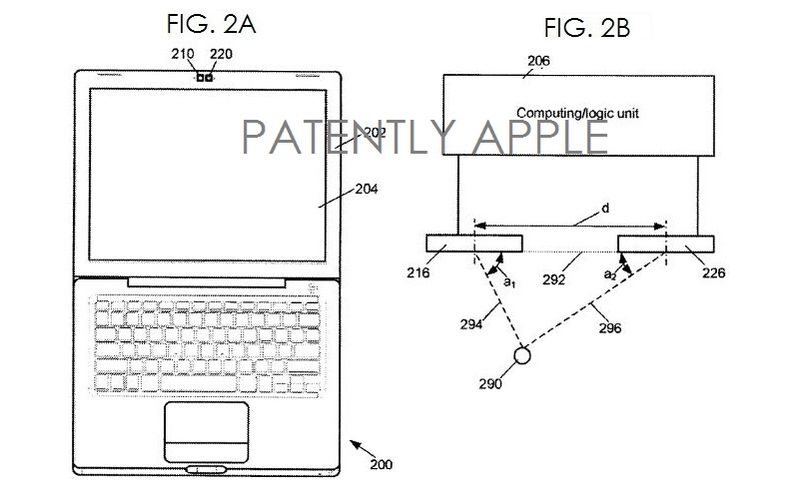 Apple credits Michael Culbert and Chris Ligtenberg as the inventors of granted patent 8,681,250 which was originally filed in Q4 2011 and published today by the US Patent and Trademark Office. To review today's 19 granted patent claims and details, see Apple's patent.

Apple has been granted a patent today for their invention relating to improved technology coming to future iPhones that will further their support for Hearing Aid Compatibility (HAC) which began with the iPhone 4.

Apple's invention relates to a portable audio device such as an iPhone in which a desired audio signal is combined with an anti-noise signal. An earpiece speaker has a voice coil that is coupled to convert the combined signal into audible form, while producing a by-product magnetic field signal. 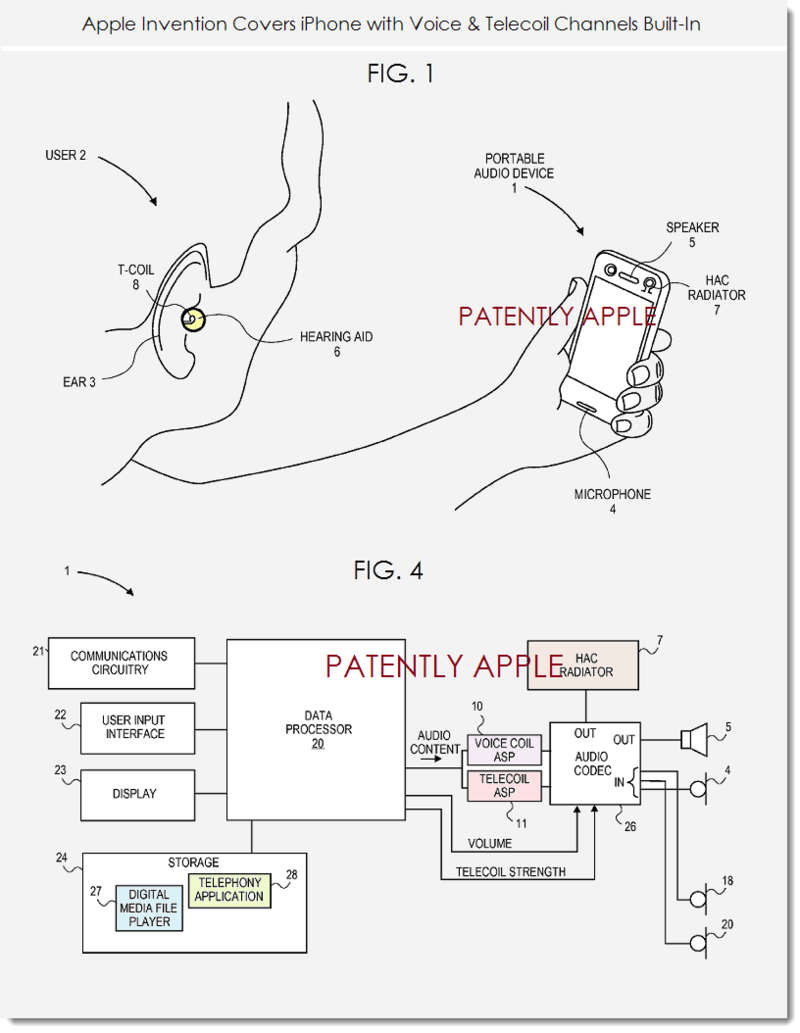 Apple credits Ruchir Dave and Shaohai Chen as the inventors of granted patent 8,682,014 which is titled "Audio device with a voice coil channel and a separately amplified telecoil channel." The patent application was originally filed in Q2 2012 and published today by the US Patent and Trademark Office. We originally covered this patent application in a report titled "Apple to Beef Up their iPhone Hearing Aid Compatibility Features" back in October 2013.

Apple has been granted a patent today for their invention relating to systems and methods for improving the scrolling of user interfaces of electronic devices. One of the interfaces included in this invention related to a Cover Flow-like scroll.

Apple dropped Cover Flow with iTunes 11. It was a feature that I really liked and still miss. While Apple initially lost a patent infringement case regarding this feature, it was overturned in April 2011. So why Apple killed off the feature for good is a mystery. 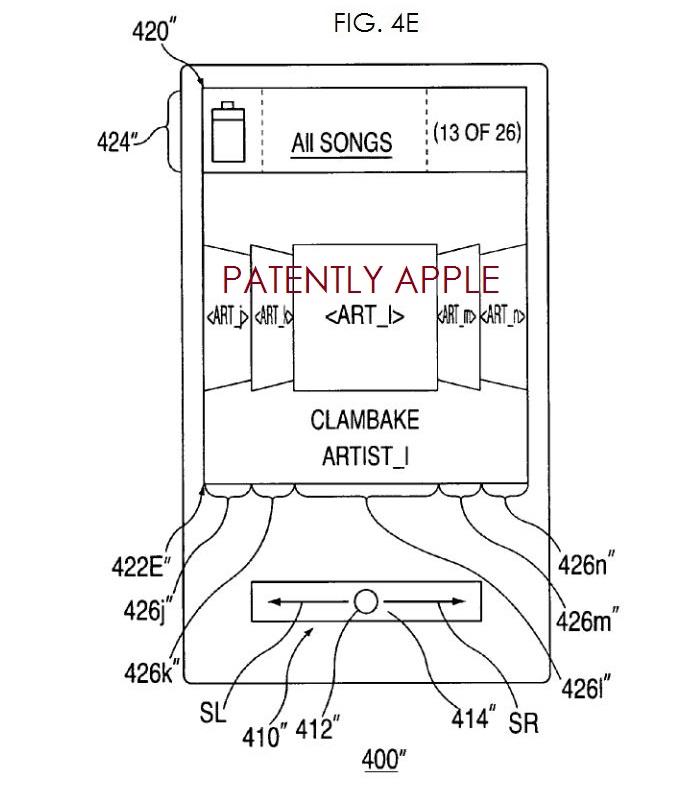 Of course Apple's patent covers much more than just the Cover Flow-like scroll to include scrolling through tunes on the original iPod with a clickwheel that extended to scrolling through photos and even maps.

Apple credits William Bull, Kourtney Hicks, Policarpo Wood and Eric James as the inventors of granted patent 8,683,378 which was originally filed in Q1 2008 and published today by the US Patent and Trademark Office. To review today's 28 granted patent claims and details, see Apple's patent.

Apple was granted two design patents today covering the iPad associated with a Mail UI and the other with a Virtual Keyboard UI. Both designs patents list the late Steve Jobs. 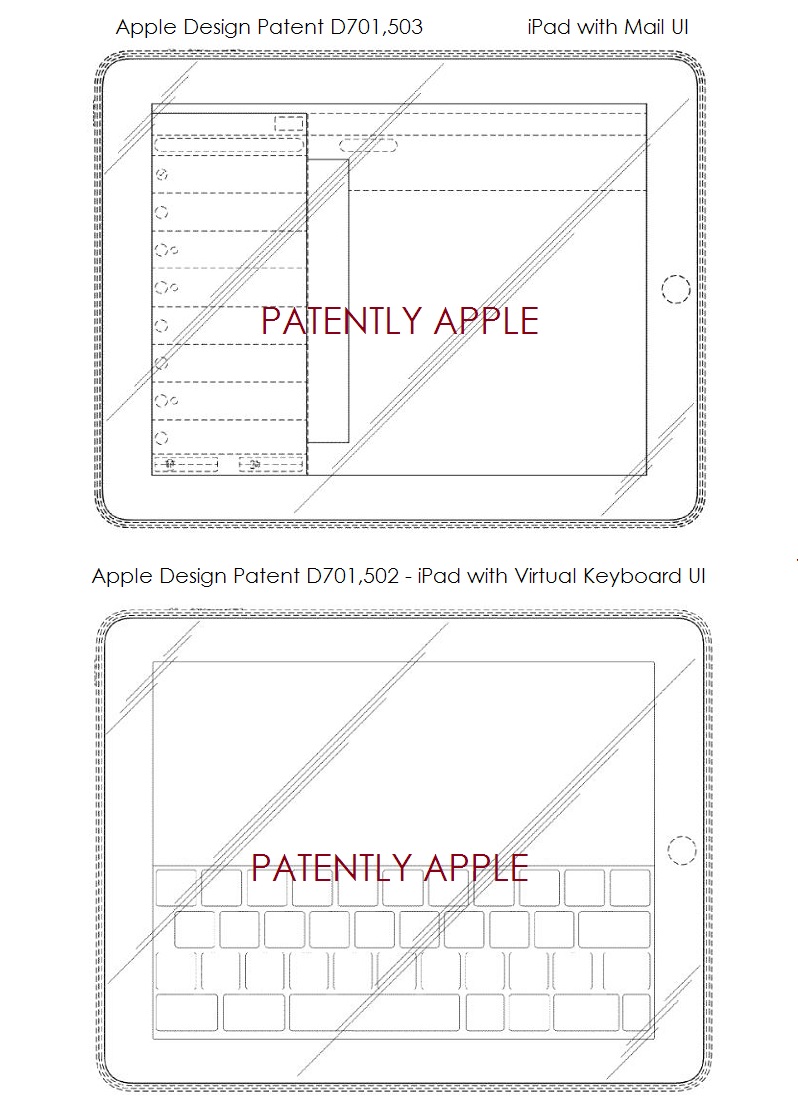