Apple filed for new iOS 7 icons in the US this past week and we covered their filings in four separate reports (01, 02 and 03) including a bizarre abandonment of their iMovie icon that they had just filed for the day before. Today, we discovered that Apple has mirrored those filings in Hong Kong China as well as adding three additional icons to the list. Our report covers Apple's new icon filings in China as well as a newly granted design patent for their iOS 7 keypad for iPhone.

Apple's Files For New Series of iOS 7 Icons in China

In our first graphic below we illustrate the bulk of the iOS 7 icons that Apple is seeking trademarks for in Hong Kong China. 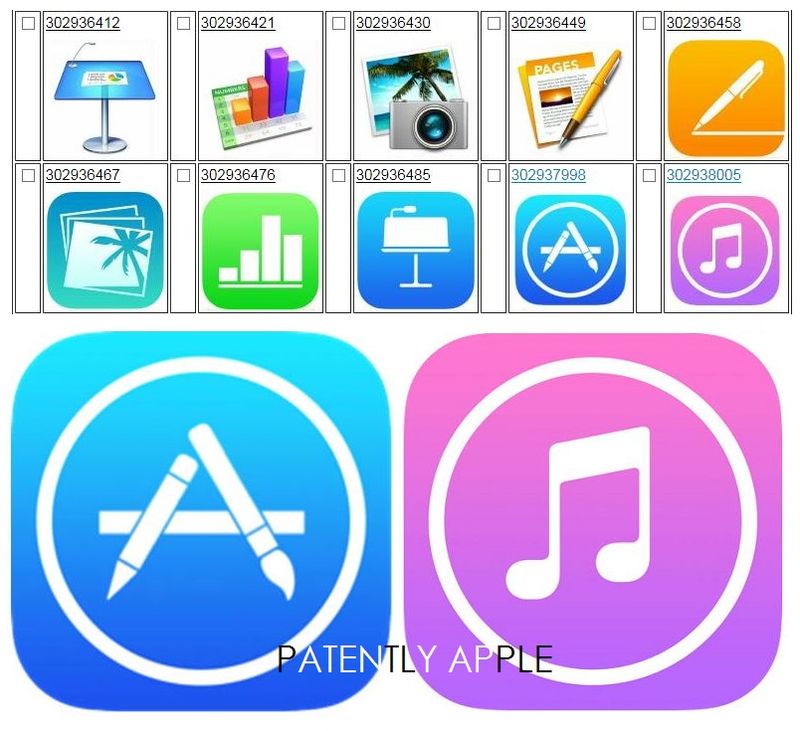 The two bottom icons noted above represent the App Store and the iTunes Store iOS 7 icons that were filed for on Friday and published today by the Hong Kong Patent and Trademark Office. Their respective application numbers are 302937998 and 302938005. The numbers of the other icons are presented in the graphic above.

Apple's App Store icon was filed under International Class 035. The iTunes Store on the other hand was filed under multiple International Classes 016, 035 (but with 10 times more specifics), 041 and 045. The icons are protected for such things as gift cards, sales promotion services, online retail store services, music, software, education, entertainment, games, online social networking services and more. 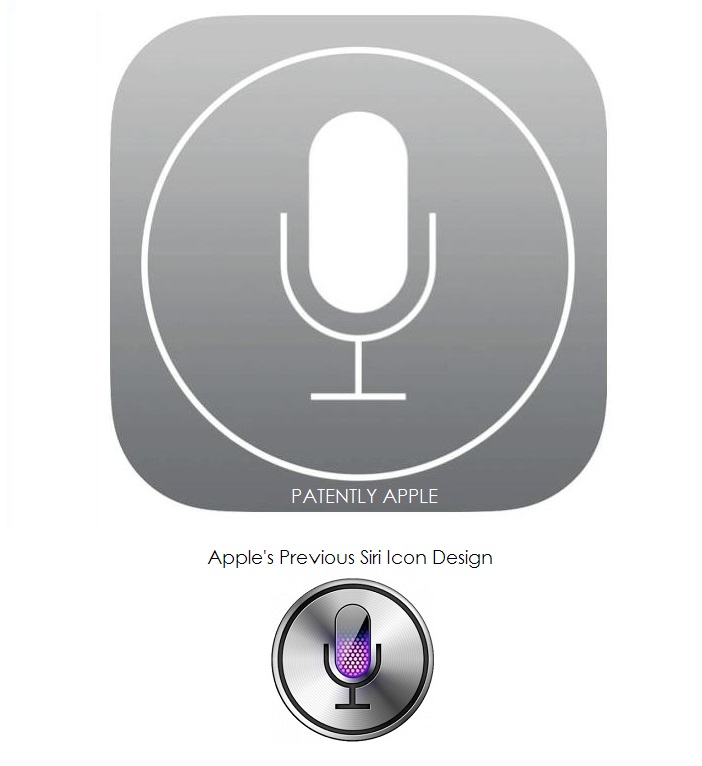 Apple's iOS 7 icon for Siri was filed for on Friday and revealed today. It represents the largest of the icon designs as noted above. This trademark filing is covered under International Classes 038, 041, 043 and 045. The new classes cover such mattters as telecommunication services, hotel reservation services, restaurant/travel reservations, personal concierge services and more. The trademark application filing for Siri is noted as being number 302938014.

Apple has been granted a design patent in Hong Kong China for their new iOS 7 keypad layout related to the iPhone as noted below. It's  basically covering the numbers and symbols in circles. The design was registered under number 1302178.3. Apple originally filed for this design patent in December 2013. They were granted the design this past Friday and publically published today. Apple's design will be protected until December 2018. 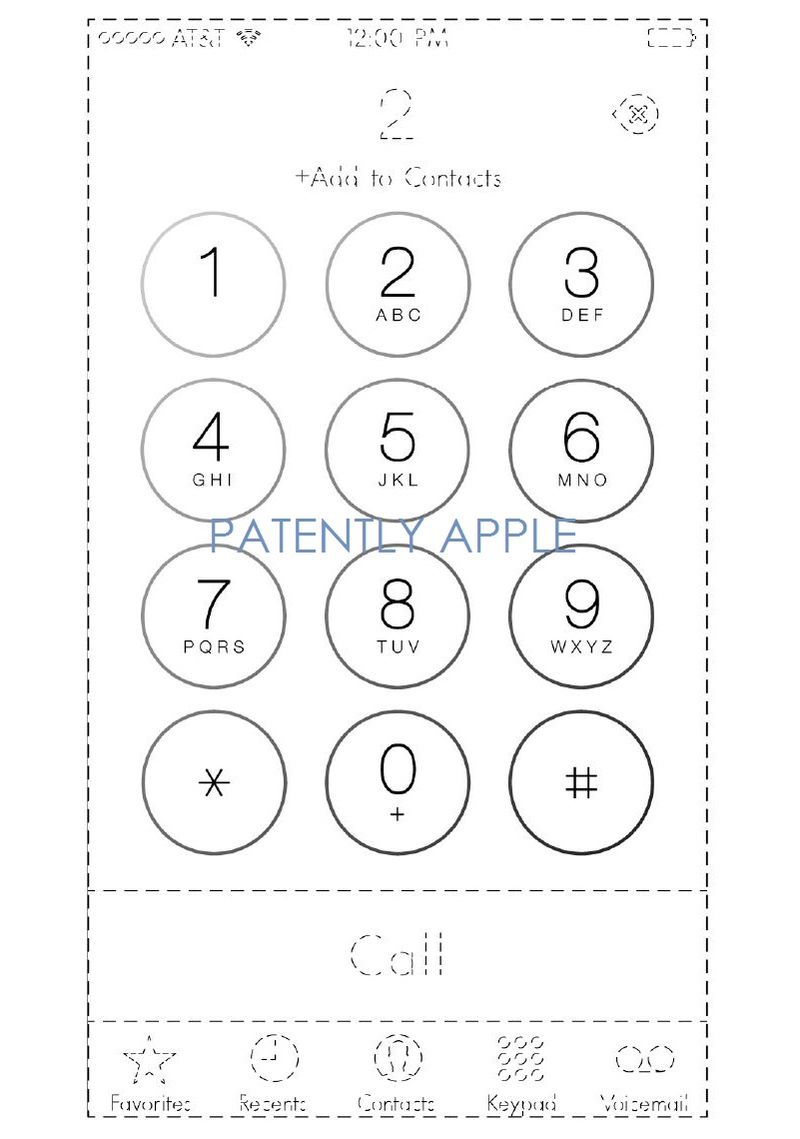