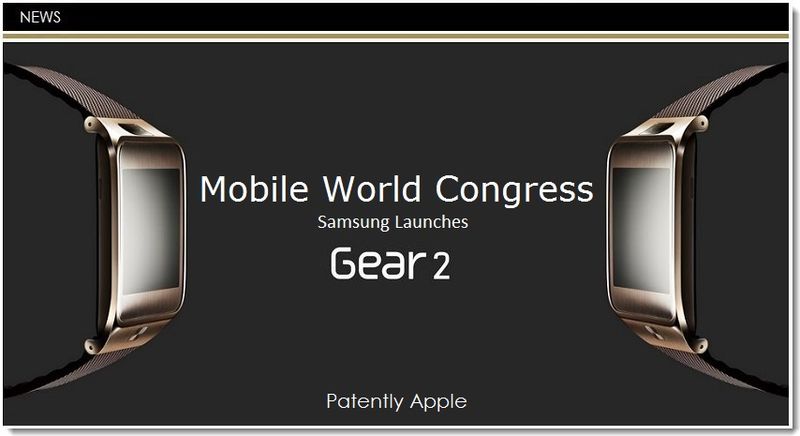 Samsung officially introduced the next generation Samsung Gear 2 and Gear 2 Neo at the Mobile World Congress trade show in Barcelona as expected. One of the first notables is that the camera is now equipped to the main body of the smartwatch instead of it being attached to the strap making the design of the Samsung Gear 2 much sleeker. Samsung Gear 2 and Gear 2 Neo will be available around the world starting from April. What are the chances of this being a hit in 2014? Zero.

According to Samsung's press release, "Both devices act as an extension of a consumer's daily life, offering users more control of their lives with standalone features, such as controlling electronic products such as TV, set-top box through WatchON Remote application in their own home with an embedded IrLED sensor. The addition of a standalone music player with Bluetooth headset means people can leave their smartphone at home and still enjoy their music on the go.

Both devices also offer personal fitness coaching in real time, allowing users to develop a customizable fitness routine and monitor their heart rate in order to improve their overall well-being."

Finally, the Samsung Gear 2 and Gear 2 Neo let users connect to a wide variety of Samsung devices and access an enriched application ecosystem as the first wearable powered by Tizen based wearable platform. We first reported on this development last Wednesday.

JK Shin, co-CEO and head of Samsung's mobile division, have repeatedly stated the importance of integration between the car business and smart devices earlier. One company official noted that "Samsung Gear 2 shows the possibility of how the Tizen OS can integrate TVs and Cars in the future."

On February 07 our Patent Bolt site reported on "Samsung Working with Hyundai and Tata Motors for Telematics and Infotainment Systems," and illustrated images from a January patent report of a future Samsung smartphone working to control seating and mirror positioning of vehicles. Patent Bolt also posted a report earlier this month titled "90% of Vehicles by 2019 will Interface with Wearable Computers," where we learned that BMW's i3 offers EV Samsung Galaxy Gear smart watch integration.

Samsung first introduced the Samsung Gear smartwatch during a special event in September 2013. Weeks later we reported that "unless Samsung desperately gives away their Galaxy Gear by way of promotions to artificially pump up their numbers, this product will go down as one of the sales disasters for 2013." And it was. Are there enough refinements to the new Gear 2 smartwatches to make their smartwatch a smash hit in 2014? – Emphatically, No. Until Samsung can bring their patent pending design to market that reinvents the look of Gear 2, it's bound to be a poor selling device.

Samsung will be introducing their new Galaxy S5 smartphone tomorrow at 2PM EST, 12 Noon MST, 11AM PST in North America or 20:00 CET Barcelona.